Girl, 16, who has been missing for a month, is shown tied up and crying in an Instagram video call, family claims

Destiny Rose, 16, was reportedly seen tied up and crying in an Instagram video call, according to her family members

A missing Florida teenager was reportedly seen tied up and crying in an Instagram video call, according to her family members.

The relatives of Destiny Rose, 16, told Davie police that they received a call from the teen’s Instagram account.

Rose was last seen at the Alpha Group Home in Southwest Ranches on August 20, roughly 15 miles southwest of Fort Lauderdale.

The Alpha Group Home specializes in treating adolescent and teenage girls who have experienced trauma or have suffered severe behavioral and emotional disturbances.

Last week, police told WSVN that they received a call from Rose’s aunt to report an alarming video call.

The teen’s aunt told authorities that when she answered the phone, she saw a man.

According to the woman’s recollection, the man then moved the camera to show Rose crying and tied to a chair with a rope wrapped around her neck.

‘If you actually cared about her, you would be here to get her,’ the man reportedly said before hanging up.

The Instagram video call was not saved as a recording on the device.

Rose’s aunt told police that the man appeared to be Hispanic and in his late 20s to early 30s. He has a crew cut and a short patch of facial hair on his chin, according to WSVN.

According to a missing persons poster, Rose has blonde hair and green eyes.

If anyone knows Rose’s whereabouts or has any information about her please call Davie Police at 954-693-8200 or  Broward Crime Stoppers at 954-493-TIPS. 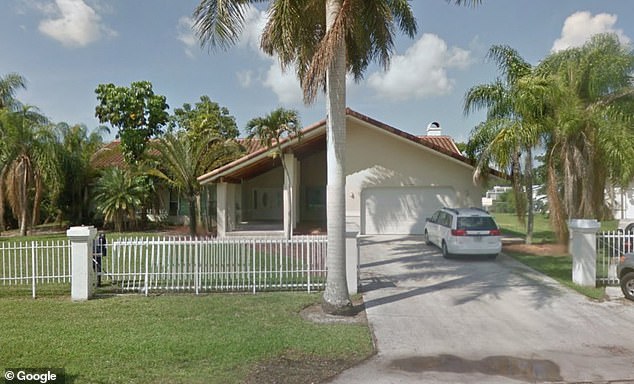