Missing New Jersey boy, 15, is found SAFE in a tent in Philadelphia

Thomas Kolding, 15, was found safe in Philadelphia on Tuesday

A 15-year-old boy who went missing from his New Jersey home two weeks ago has been found safe in a tent in Philadelphia.

Thomas Kolding vanished from his parents home on October 30 after an argument over a grade.

He took $1,000 from his savings account but left his cell phone at home and notes including one which suggested he did not want to be found.

Despite reported sightings in Ohio, the teenager was found safe in Philadelphia on Tuesday.

Police are being tight lipped on the details but CBS Philly reports that he was found in a tent.

He was taken to the Children’s Hospital of Philadelphia afterwards for evaluation. It is unclear if he has any injuries.

His father Nicolai confirmed that he had been found, writing on Facebook: ‘The news is true: earlier today, Thomas was found in Philadelphia.

‘He will need at least a night in the hospital as he’s been through a lot over these last two weeks.

‘In time, there may be more to share but, for now, we are grateful beyond words and will go quiet for a while to focus everything we can give to the long road to recovery.’

Thomas’s father Nicolai shared the update on Facebook on Tuesday 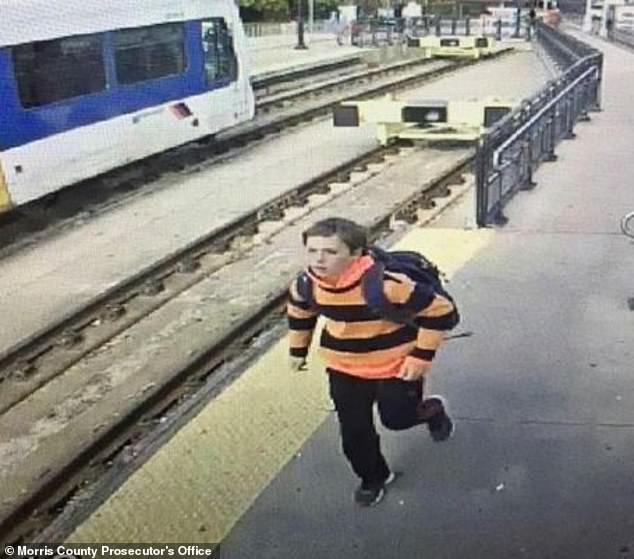 A photo shows him at the Walter Rand Train Station in Camden, New Jersey, wearing an orange and black striped shirt with a backpack on November 3. He took a train to Penn Station afterwards and then went to Philadelphia 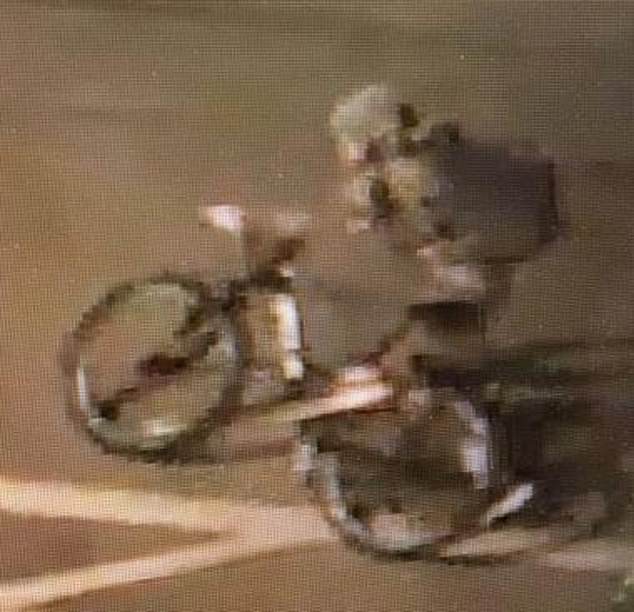 An earlier surveillance footage still shows him on his bike 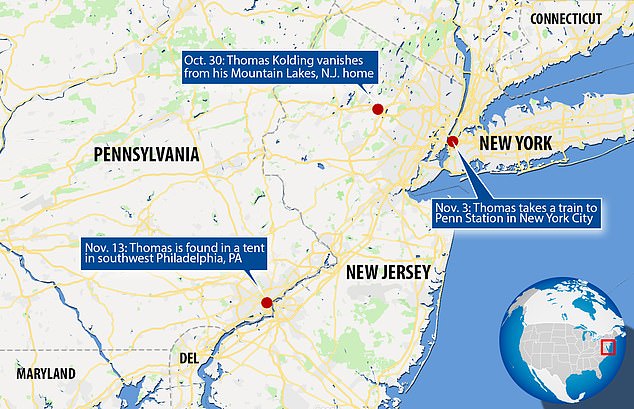 He added his gratitude for ‘family, neighbors, police media and the thousands about thousands who shared and cared’.

On Tuesday, Nicolai posted a heartbreaking video on YouTube in which he pleaded for his son to come home. 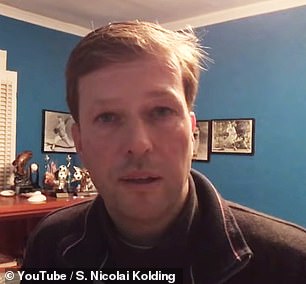 The clip was titled: ‘To Thomas from Dad.’

In it, Nicolai said: ‘I’m hoping that you’re out there, looking and looking for yourself almost and you’ll see this and decide to come home.

‘This is now the 12th night with you away. We all miss you every day – every second of every day.

‘I think you know, mom’s real uncomfortable getting in front of the camera…

‘I don’t want you to feel like you’re being hunted down. That’s one of my biggest fears, that you’re a fugitive.

‘One of the things I have not been able to figure out from the start is are you running to some sort of adventure or are you running from? It’s the second part that scares me.’

He went on to say how sorry he was for ‘not listening’ and begged the teenager to return. 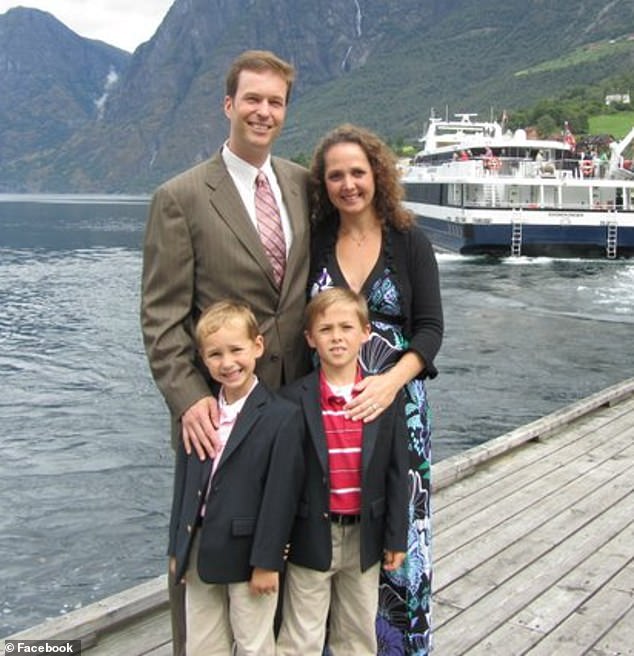 An undated photo shows the Kolding family. Thomas is the oldest of three boys. His parents and brothers are pictured

‘If there was something all along that you were trying to say and you felt like I wasn’t listening, I just didn’t hear you I didn’t connect, or worse yet that you felt you couldn’t say something, I’m sorry.

‘I want you to know that you come home were all ready to listen but you need to reach out. 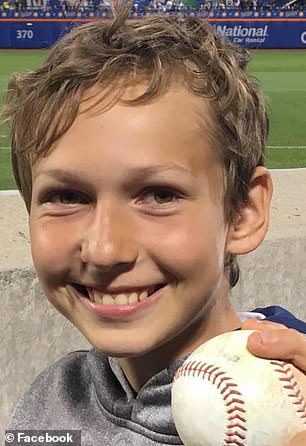 ‘I hope you’re safe, please stay safe… I can’t begin to tell you how much I love you and how scary this has all been, how much we miss you here at home, hearing you come down in the morning

‘Hoping to be back to that really, really soon. I love you Thomas – take care.’

Nicolai said earlier that the argument over the grades was likely the ‘trigger’ for him running.

‘The argument about his grades may have been the trigger. I was trying to motivate him and get him to live up to his potential.

‘I think he was feeling pressure at school, and I want to believe that some strange part of him needed to get away for a while,’ he said.

The teenager was filmed on surveillance footage on November 3, four days after he vanished, at a train station in New Jersey.

He is then thought to have boarded a train to New York’s Penn Station and, at some stage, gone to Philadelphia afterwards.

His exact location when he was found has not been revealed.