The bereaved grandmother of Faye Swetlik shared a video showing the six-year-old singing ‘You Are My Sunshine’ just hours after authorities in South Carolina confirmed that she was found dead.

The body of Swetlik, who has been missing since Monday afternoon, was found in her South Carolina neighborhood on the same day investigators said the body of an unidentified man was located nearby.

‘It’s with extremely heavy hearts that we announce we have found the body,’ Director of Public Safety for Cayce, Byron Snellgrove said through tears at a Thursday news conference where he spoke for only about a minute and took no questions.

Snellgrove confirmed that the coroner identified the child’s body this morning.

Faye’s death is being treated as a homicide and no arrests have been made. 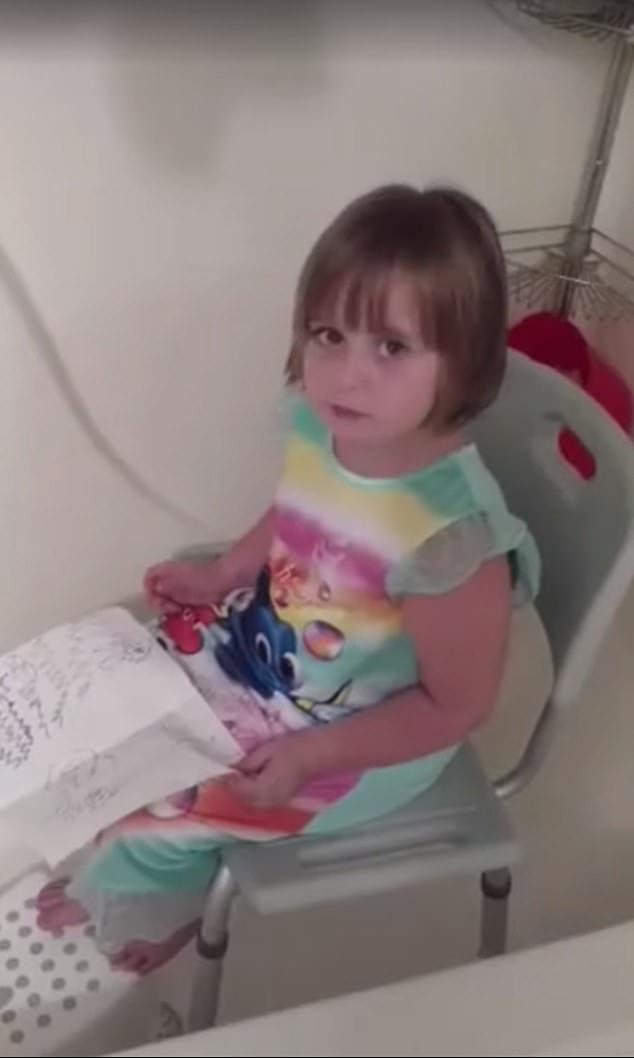 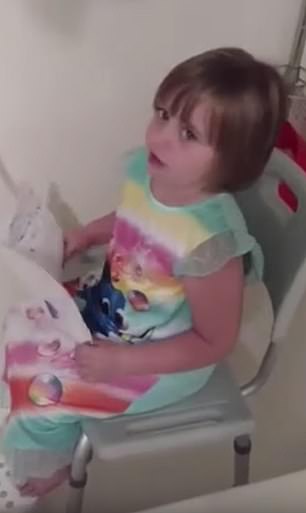 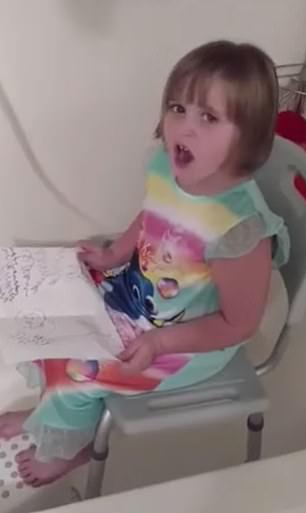 The video was provided shortly after police announced they had found her body in the Churchill Heights neighborhood of Cayce, South Carolina

The body of an adult male was also found in the Churchill Heights neighborhood during the course of the investigation.

That person has not been identified and police did not release information about where exactly the bodies were found.

Snellgrove didn’t give any evidence to connect the two deaths, but said there was no danger to the public.

A DailyMail.com request for comment to the Cayce Department of Public Safety wasn’t immediately returned.

Authorities gave an update on the investigation Thursday morning. At that time, police said they had towed two cars from the home where the child lived. 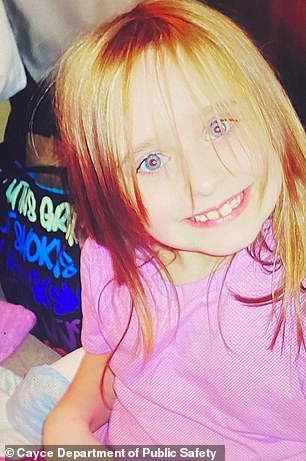 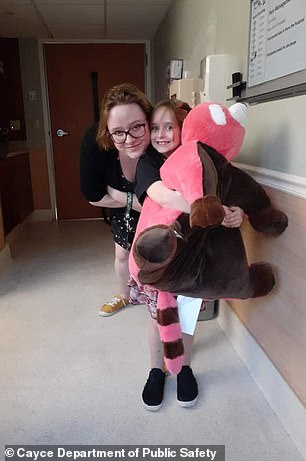 Faye was a first-grade student at Springdale Elementary School. She went missing on Monday after getting off the school bus 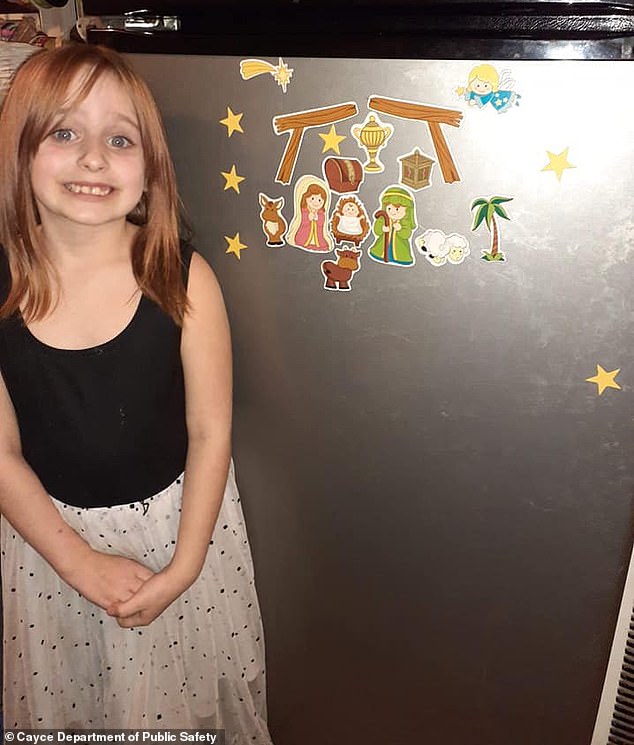 Sgt Evan Antley with the Cayce Department of Public Safety confirmed that the vehicles were removed from the home but didn’t share details of anything that ‘may or may not have been found in those vehicles’.

Police had also closed off the neighborhood where the girl lived to everyone except residents, their visitors and delivery trucks. An officer was also stationed outside of her residence.

At the time, Antley said he couldn’t comment on specific suspects or any persons of interest.

Hundreds of officers in Cayce, along with state police and FBI agents, worked around the clock to try to find the little girl.

Police initially said they were hunting for two cars that were seen in the Churchill Heights neighborhood before Faye vanished after getting home from school on Monday.

Cayce Department of Public Safety posted images of the cars, saying: ‘The two vehicles shown were in the neighborhood during the time #FayeSwetlik was last seen.’

Officials said they have identified the person driving the Chevrolet Trailblazer, but investigators are still seeking information about the silver sedan. 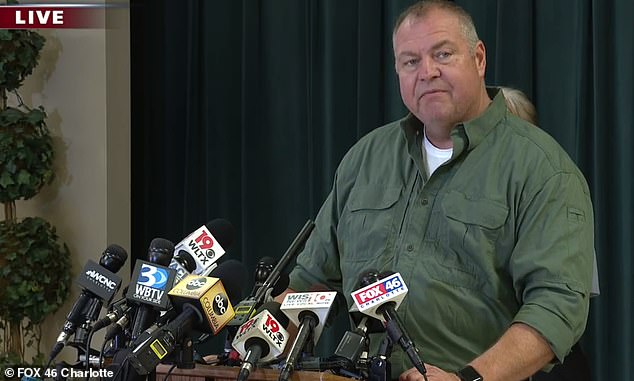 Director of Public Safety for Cayce, Byron Snellgrove (pictured) became emotional as he announced the death of little Faye 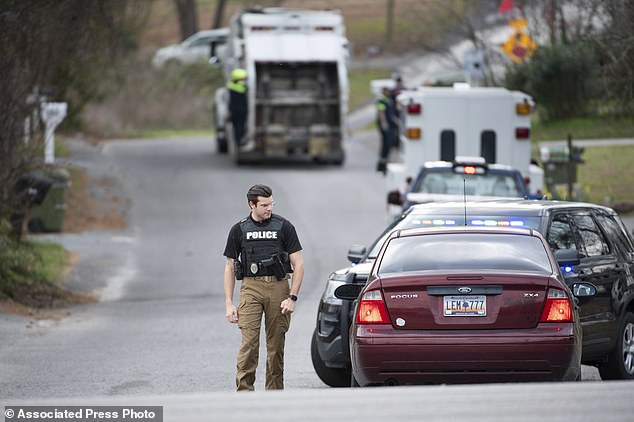 Faye’s death is being treated as a homicide and no arrests have been made. Officers pictured during the investigation on Thursday 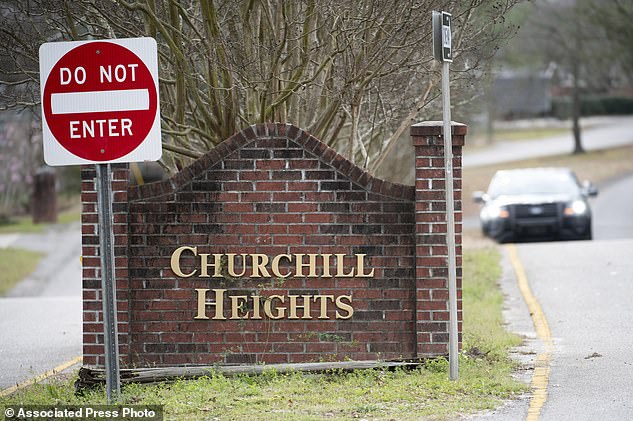 Authorities said the child’s body was found in the Churchill Heights neighborhood where she lived. Police have also found the body of an adult male who has not been identified 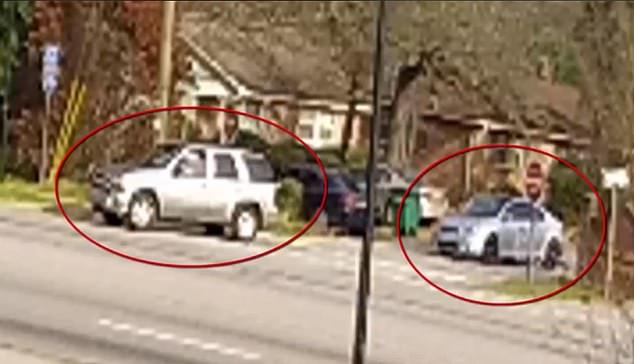 Police initially said they were hunting for two cars that were seen in the neighborhood before Faye vanished on Monday. Officials have identified the person driving the Chevrolet Trailblazer, but investigators are still seeking information about the sedan

Faye was last seen playing in front of the Londonderry Lane home in Cayce, near Columbia, at approximately 3.45pm.

Her family reported her missing at 5pm, saying they had been searching for her.

Police did not say whether the person driving the Trailblazer lived in the Churchill Heights neighborhood.

Authorities also released footage of Faye getting off her school bus on Wednesday morning as they announced that the search for the girl had been expanded.

In the footage, Faye gets out of her seat, speaks to the bus driver and then exits the vehicle. According to a witness, this was at around 2.50pm Monday.

Snellgrove said Faye’s mother, her mother’s boyfriend and Faye’s father have all been cooperating with the investigation.

For the past few days, Faye’s grandmother, Ruth Collins, had been pleading to the public on social media for help with finding her granddaughter. 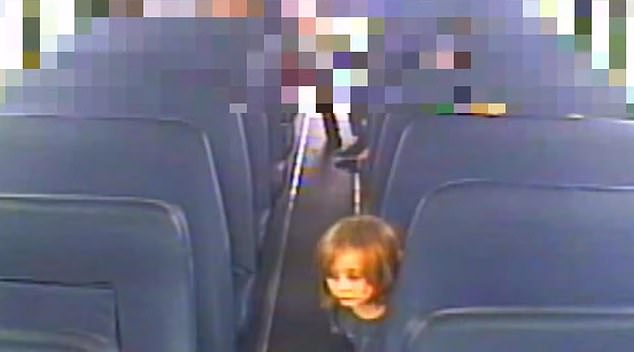 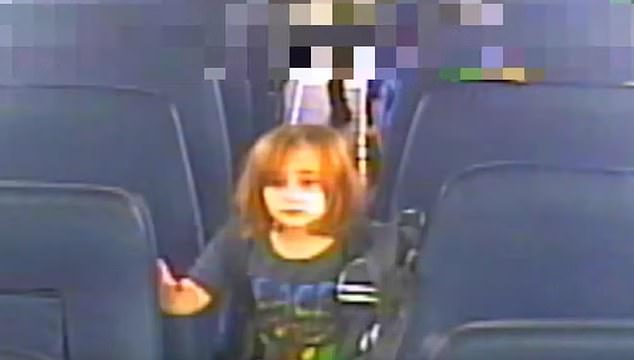 In the video, Faye (pictured) is seen getting out of her seat and walking to the front of the bus

The child’s mother has not made any public statements since Faye went missing earlier this week. 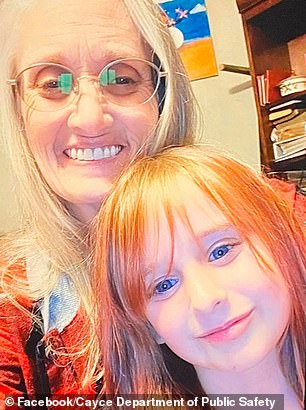 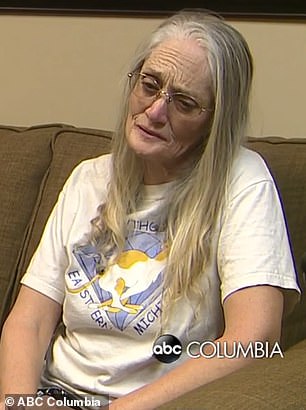 For the past few days, Faye’s grandmother, Ruth Collins  (left with Faye and right), has been pleading to the public on social media for help with finding her granddaughter. ‘I’m going crazy not knowing where she is,’ Collins said 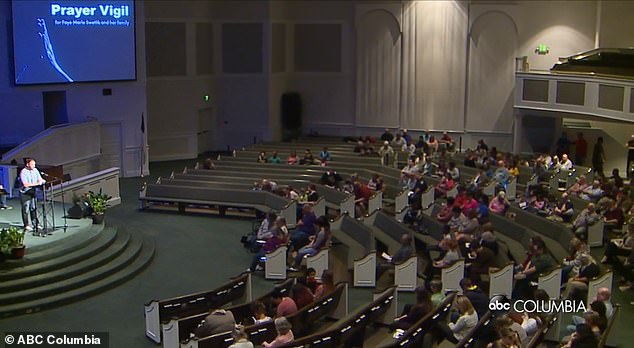 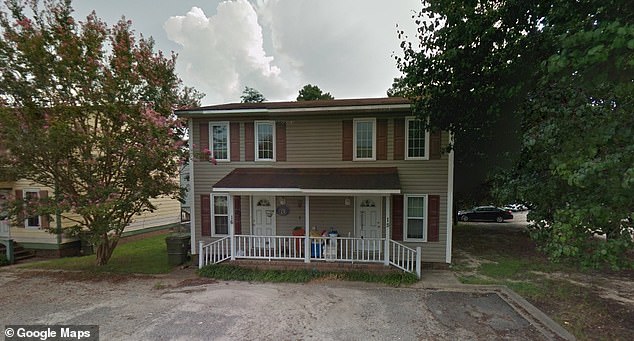 Faye was lactose intolerant with a speech impediment from having a tethered tongue.

‘When she walks into a room she brightens it up. Everyone loves Faye,’ Snellgrove said.

Several public figures have spoken out about the Swetlik case.

Vice President Mike Pence gave a speech to The Citadel, a military academy in South Carolina, according to Fox News.

‘[A]llow me to address an issue that I know is on the hearts of people all across South Carolina today,’ the vice president said on Thursday.

‘And as your vice president and as a father, let me say we were deeply saddened to receive word this afternoon that the remains of Faye Swetlik, a 6-year-old girl who went missing from her parents’ front yard just three days ago, have been found.’

Authorities are asking for anyone with information that could help with their homicide investigation to contact the #FayeSwetlik Hotline at 1-803-205-4444.