The husband of a missing teacher who vanished five months ago has killed himself after confessing to her murder in a suicide note.

Christopher Lockhart was found dead inside the home he shared with his wife Theresa in Portage, Michigan, on Wednesday.  Police say he had been dead for several days.

Police went to the 47-year-old’s home after he failed to show up for a routine appointment with his probation officer.

Since his wife went missing, Lockhart had been arrested four times on various charges including drunk driving, tampering with his alcohol tether and cutting his next door neighbor’s internet and air conditioning wires.

Despite being going in and out of custody on those separate charges and being considered a person of interest in Theresa’s disappearance, police never brought charges against him for her vanishing. 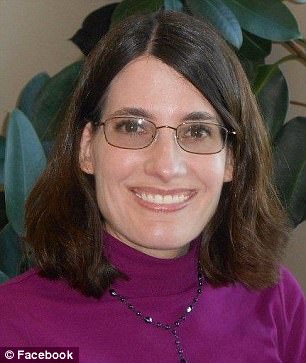 Christopher Lockhart, 47, confessed to murdering his wife Theresa, 44, on May 18 in a suicide note that was found next to his body on Wednesday after his suicide. Lockhart (left in a July mugshot) had been arrested several times since his wife vanished but none of the charges related to her disappearance

On Wednesday, they found his body next to a note confessing to the high school Spanish teacher’s murder which he said he carried out in May after an argument.

The note also contained a ‘hand-drawn map’ to where he had dumped her body in a game area 50 miles away.

Police followed the map to the Allegan State Game Area where they found the 44-year-old Spanish teacher’s body partially submerged in some shallow water.

In his note, Christopher, who worked as the manager of a Pfizer drug production warehouse, explained that he ‘snapped’ on the night of May 18.

Police have not revealed how he killed his wife but said he expressed remorse over the killing in his note and asked for forgiveness.

Detectives suspected the man was involved in his wife’s disappearance but never had enough evidence to arrest him.

As he announced his death and the discovery of Theresa’s body on Wednesday, Portage Public Safety Director Nick Armold said he never once helped in efforts to try to find his wife. 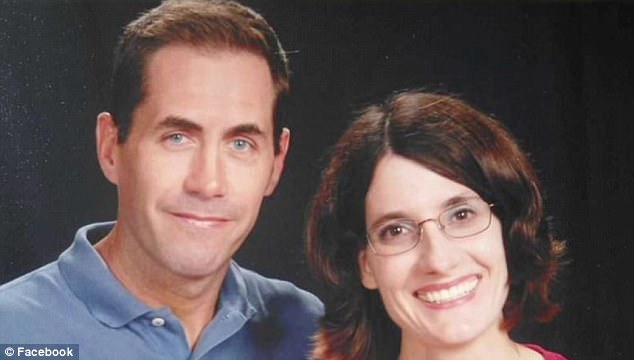 In his note, Christopher said he ‘snapped’ after an argument with Theresa, a high school Spanish teacher, and killed her 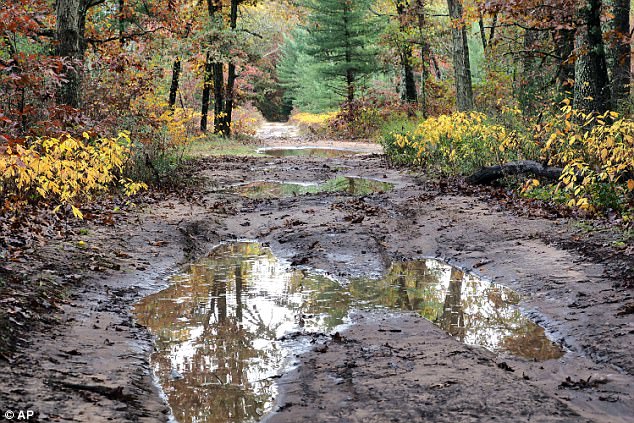 Police found Theresa’s body partially submerged in water in the Allegan State Game Area hours after finding her husband’s body. They followed his map to where her body was hidden inside the park (above) 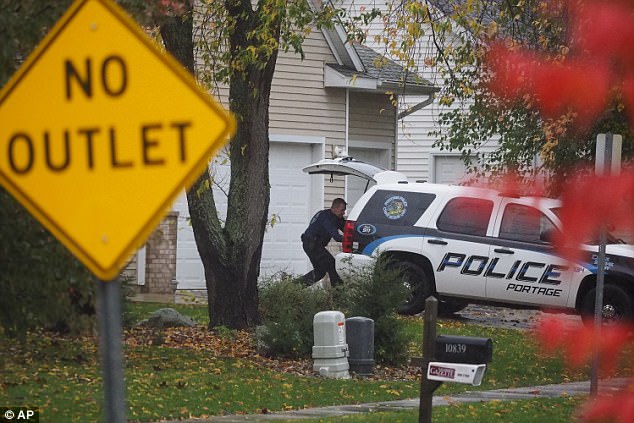 Police found Christopher’s body inside their home in Portage, Michigan, on Wednesday after he failed to show up with an appointment with a probationofficer 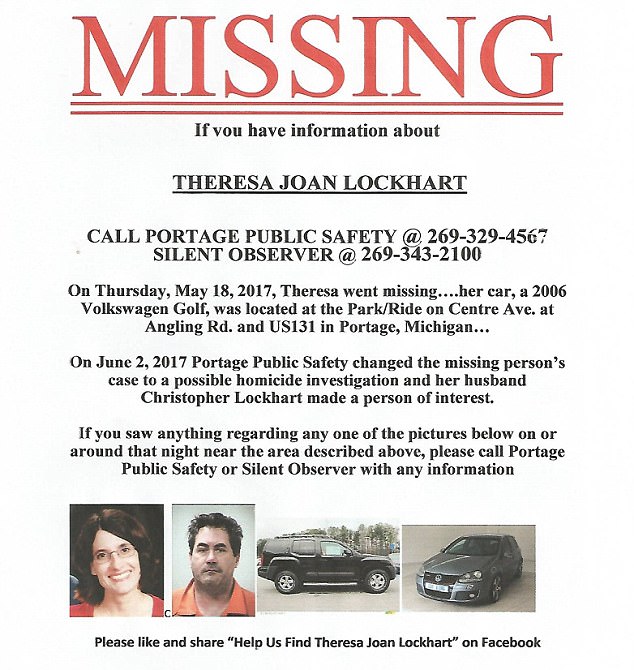 Christopher was the only person of interest in his wife’s disappearance but police never had enough evidence to arrest him. Her car was found by a park-and-ride. They shared photographs of his larger car along with one of his mugshots in an appeal for information

‘Not once had he orchestrated, participated or took part in searches for Theresa or contacted the agency,’ he said. The couple shared two young adult children.

Theresa was reported missing by school officials after failing to show up for classes in five months ago.

Her car was later found in a park-and-ride in the area. Her estranged mother shared her suspicion of her husband before her body was found this week.

‘He controlled her and wouldn’t let anybody see her,’ she told Wood TV.

Christopher was previously charged in a domestic violence case which involved his wife. He pleaded guilty to a misdemeanor assault charge at the time.

He also had several window peeping charges stemming back to the 1990s.

Witnesses told how he would appear at victims’ windows late at night while dressed in a swimsuit.

One male victim said Christopher sprayed him with pepper spray when he confronted him. 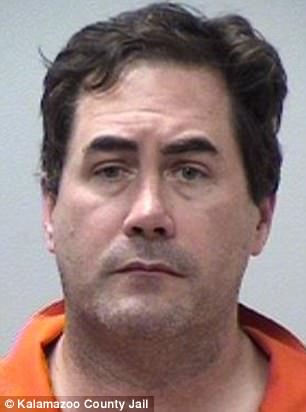 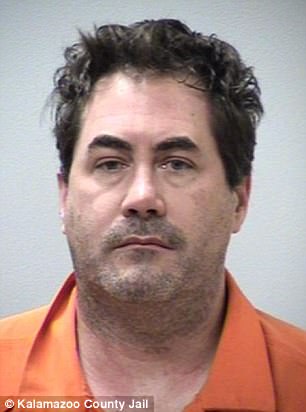 Since May, Christopher was arrested four times on charges including cutting his neighbor’s internet and air conditioning wires, drunk driving and tampering with his alcohol tether