Authorities have charged a Missouri man in the disappearance of two Wisconsin brothers who went missing while on a business trip, as they convert the case to a death investigation.

Garland Nelson, 25, of Braymer, Missouri, was arrested and charged with the first-degree felony of tampering with a motor vehicle on Friday, according to court documents reviewed by KMBC.

Nelson’s charges were said to be in connection with the search for Wisconsin father-of-four, Nick Diemel, 35, and his brother, Justin Diemel, 24, who were visiting farms in Missouri’s Caldwell and Clinton counties when they missed their flight home on July 21.

Missouri court documents revealed Garland Nelson, 25, was arrested and charged with the first-degree felony of tampering with a motor vehicle Friday 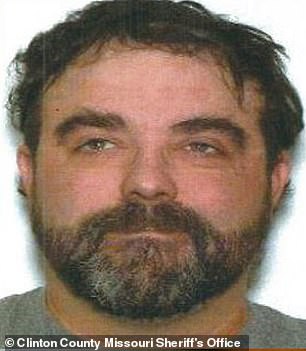 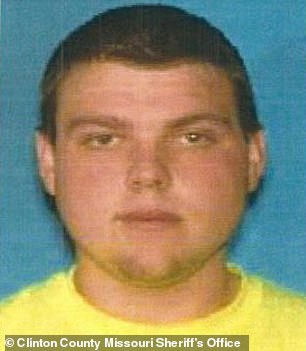 Nelson’s charges were associated with the disappearance of Nick Diemel, 35 (left), and his brother, Justin Diemel, 24. The brothers went missing Sunday during a work trip in Missouri

Police found the Diemel brothers’ missing rental truck abandoned in a commuter parking lot with the keys in the ignition in Holt, Missouri, on July 22.

Nick’s wife Lisa Diemel told Fox4KC that the two men, who own Diemel’s Livestock, were staying at the Quality Inn in Cameron, Missouri, and were supposed to visit a client the day they went missing. She said she last spoke with Nick that morning.

Authorities were said to have processed the Diemel brothers’ truck for evidence and conducted searches in both Caldwell and Clinton counties on Thursday.

They were also seen digging in the dirt behind a home near Braymer, which is listed as Nelson’s farm address on his charging documents, KMBC reported.

According to those documents, police said that GPS information from the rental truck indicated that the Diemel brothers had arrived at Nelson’s farm at 9.30am Sunday. The GPS then showed the truck leaving the farm at 11.44am.

One of the Diemel brothers’ employees said that he talked with them on the phone at 11am and that ‘everything seemed fine.’ 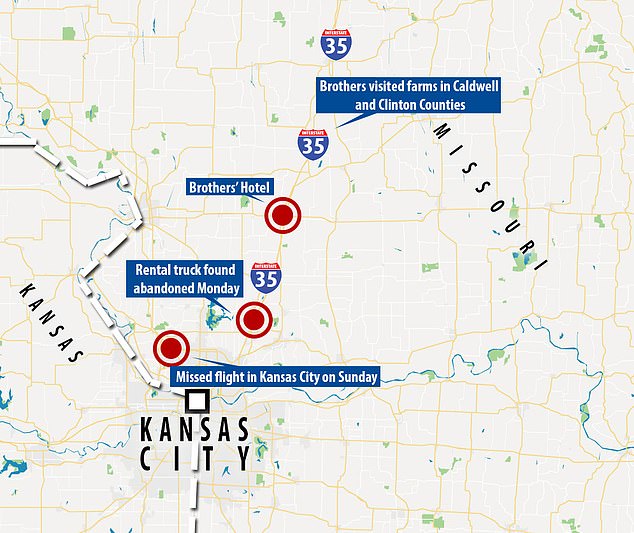 A map showing the place where the Diemel brothers’ rental truck was found, the hotel they stayed at, the area where they were supposed to visit for work and the airport where they missed their flight Sunday 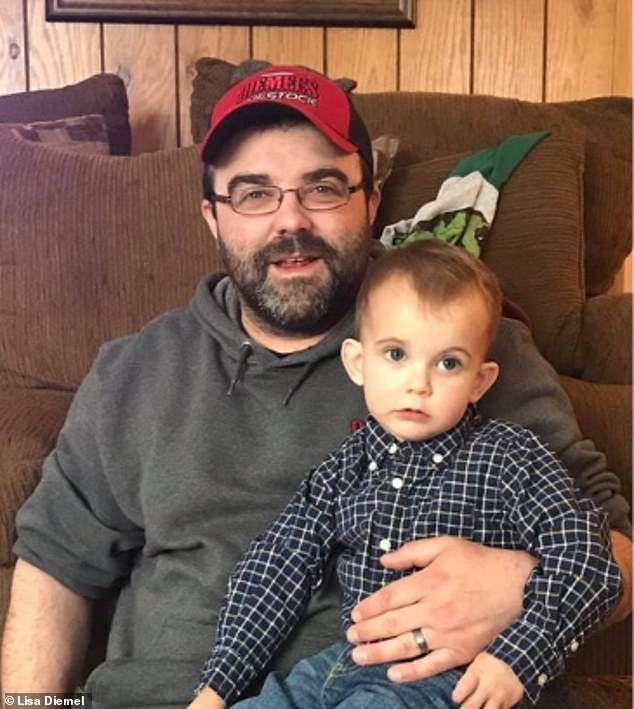 Nick Diemel (pictured) is the father of four children, ages one to 17. He and his brother Justin, both of Wisconsin, own Diemel’s Livestock and have cattle being raised in Missouri 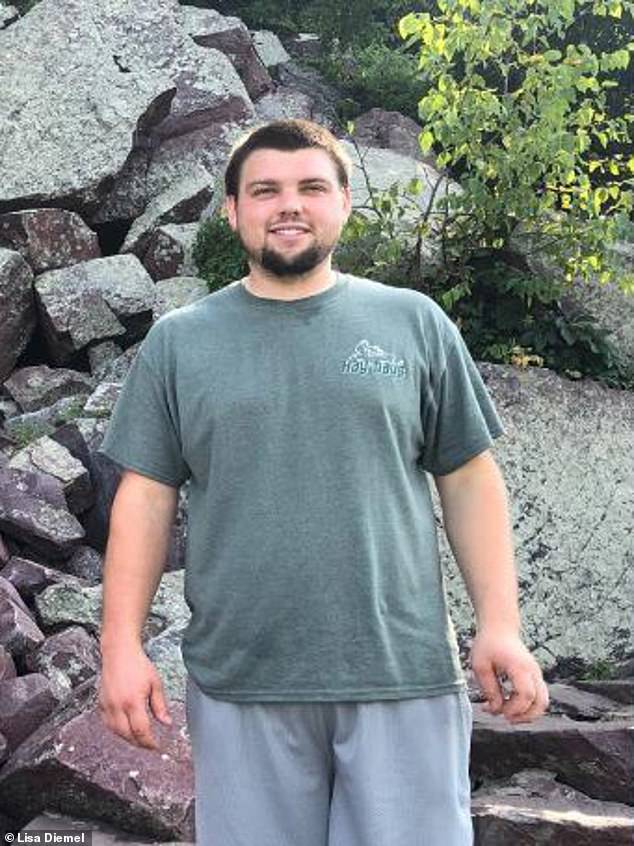 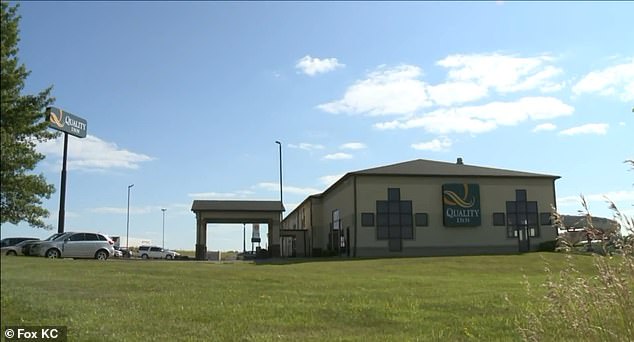 The two brothers were staying at the Quality Inn off Interstate 35 in Cameron, Missouri 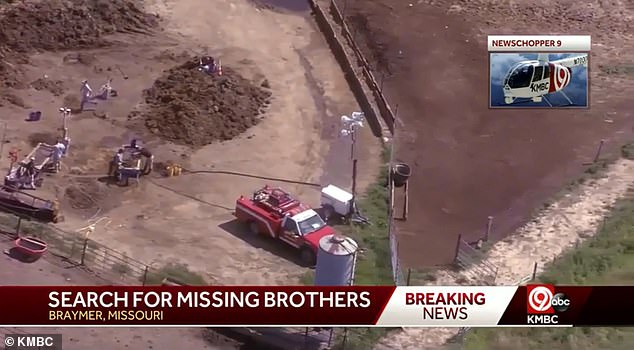 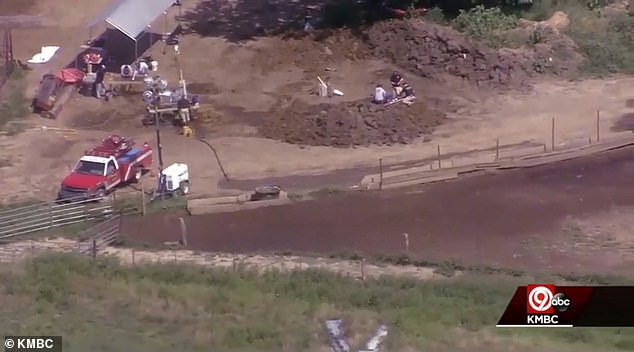 On Friday, police said the investigation into the disappearance of the Diemel brothers had turned into a death investigation, but did not reveal what led to the status change

Surveillance video then showed the truck in Polo, Missouri, about 15 miles away from Braymer, at about 12.15pm. There was nobody in the truck’s passenger seat in the surveillance video. The truck was then seen parked in the commuter lot in Holt.

Police said in the charging document that Nelson admitted he left the truck in the commuter parking lot.

During a press conference, Caldwell County Sheriff Jerry Galloway said that the Diemel brothers’ case has ‘changed from a missing person’s case into a death investigation,’ but did not reveal what prompted the status change.

Nelson is said to have been convicted of selling cattle he didn’t own, resulting in a two-year stint in a federal penitentiary, according to Fox4KC.

He is being held without bond.

Lisa Diemel told Fox4KC that her husband and brother-in-law ‘have feeder cattle and baby calves that several farmers are raising for them in Missouri, so they were down there looking at one of their farms.’

She described Nick, with whom she has four children, ages one to 17, as her ‘high school sweetheart’ and said that his having gone missing ‘is honestly the worst thing I’ve ever been through. It’s a horrible nightmare.’

‘I honestly don’t know what’s happened to them, but something isn’t right,’ she added. 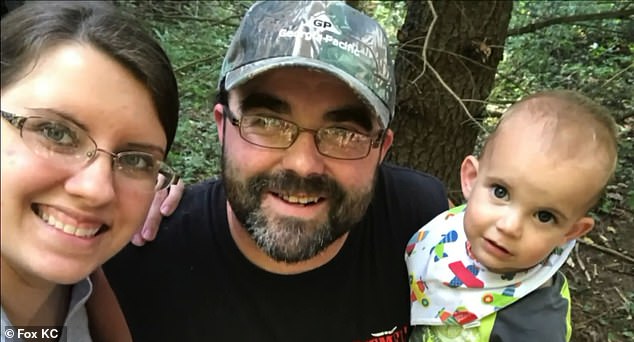 Nick’s wife, Lisa (left), said that she had last spoken with Nick (center) on Sunday morning 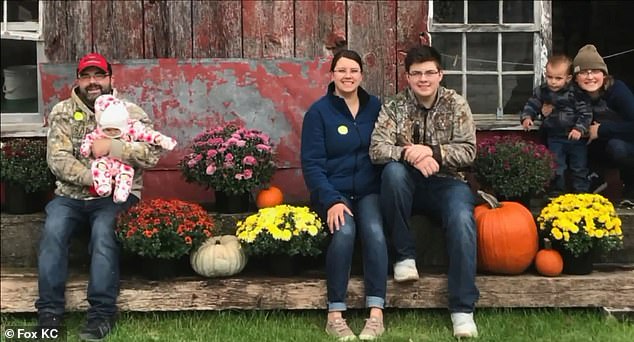 Lisa (in navy blue) and Nick Diemel (left) have four children, ages one to 17. Lisa said they are high school sweethearts

The Diemel brothers’ mother, Pam, told NBC26 that the family is in ‘shock.’

‘I mean I can’t even believe that something like this can happen. You go on a business trip and you’re coming back with the person you met with, they didn’t make their flight,’ Pam said.

‘They found the abandoned truck on the side of the road with their carry-ons and that was it.’

Lisa said her two oldest children ‘know something’s going on, especially our 17-year-old. The younger two, all they want is their daddy.’

Anyone with information about the Diemel brothers’ case is asked to call Clinton County CrimeStoppers at 816-632-TIPS.