A 21-year-old Illinois woman was shocked to learn that a memorial service had been held for her after her own mother faked her death in a scam to collect donation money.

Brittany Johnson-Webster learned from her aunt that a celebration of her life was held at a funeral home three hours away in Ferguson, Missouri.

‘They had pictures of me blown up into posters that said rest in peace Brittany,’ she told KSDK.

Her unnamed mother claimed that Brittany was killed in a car crash on October 27 and then accepted donations to fund her memorial service.

The unnamed mother of Brittany Johnson-Webster held a celebration of life memorial service for her daughter on November 10, pictured is the service program

‘Brittany finished her story on October 27, 2018. She was called to meet all the loving animal babies on the other side of the rainbow,’ the obituary read.

‘I was kind of stunned. It was a whole rush of emotions,’ Brittany, who was raised by her grandparents, said. 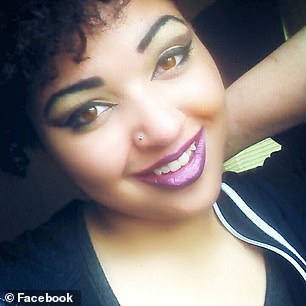 She added that she was upset by her mother’s actions, especially because Brittany’s brother previously passed away.

‘My brother actually died and here my mom is faking my death. You know I was upset, I was angry, but more than anything, I was sad,’ she said.

A full memorial service was held at the Ferguson Heights Church of Christ complete with speeches about Brittany’s life and a repass.

A church representative said they were given no hint that the whole death was faked.

Brittany suspects her mother, who has suffered from drug addiction, came up with the plot to scam people for money.

The service was funded by donations and Brittany has apologized to all those who were duped.

‘I apologize for her actions. It’s messed up, but she ended up scamming you guys out of some money, you know just trying to make you feel bad,’ she said.

‘She claimed I died in a car accident and the next day someone had pulled out in front of me and I slammed on my brake and spun out three times, and all I could think was I’m going to die, my mom’s speaking my death into existence,’ Brittany said.

Brittany sent her mother a message but has not heard back. 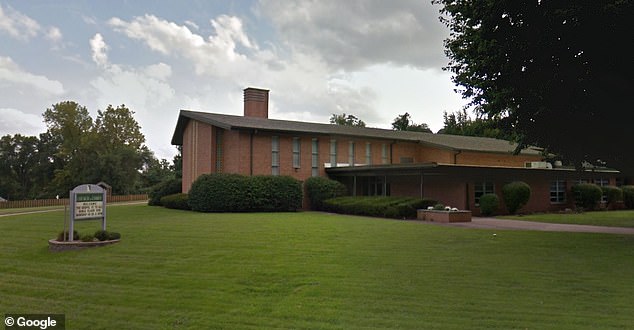