Missouri officials are apologizing after police officers took selfies near the location where a baby’s remains were discovered and posted them during a city-promoted selfie campaign.

Two Columbia Police Department officers were seen smiling in front of a squad car in images that were posted on various official Columbia, Missouri, social media accounts Thursday, while the city participated in the national CityHallSelfie Day campaign, aimed at showing pride in local government service.

The problem, however, was that the photos of the officers — one of which was giving a thumbs up — were snapped near the scene where the remains of an infant, believed to be less than 12 months old, had been found earlier in the day.

Police said that an employee at McKnight Tire, an auto repair company, had called authorities about the remains. In one of the social media photos, stacks of tires can clearly be seen in the background.

No references to where the photo was taken were included in the social media posts.

On Friday, a City of Columbia official apologized for the selfie in a statement, noting that ‘The photos were by no means meant to take away from the extremely serious nature of the incident, the loss of life of a young infant or to otherwise be disrespectful.’

The official wrote that the photos was taken by a Community Relations team member assigned to the police department and that the photo was taken with the officers outside of the scene where the baby was found.

Despite this, Community Relations Director Steven Sapp said in the statement that, ‘We understand that this was not an appropriate situation or location for these types of photos to be taken and we sincerely apologize to our community, on behalf of the unknown infant child, and to the Columbia Police Department.’ 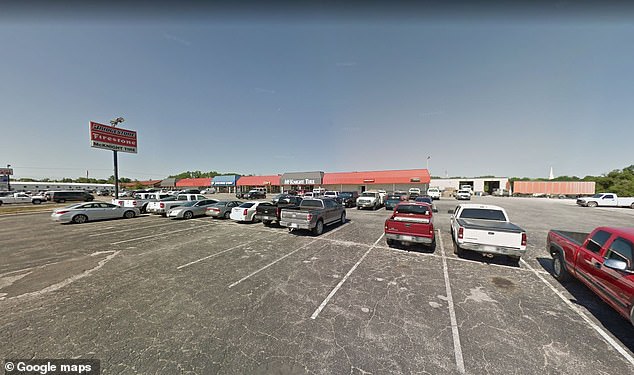 Sapp added that he took responsibility for what happened and would be coaching his team to ‘ensure we learn from this incident so it is not repeated in the future.’

One of the photos, which had been posted by the police department’s Twitter handle, has since been removed.

The photos were incorporated into a montage of selfies that was posted by the city’s official government Twitter handle, which is still posted.

Police said Friday that an autopsy on the baby’s remains was unable to determine whether the baby was male or female, according to KOMU.

The infant’s body was said to have been found in ‘such a state of decomposition’ that the coroner was not able to provide additional details about the case and that police would be calling in anthropologists to assist in the investigation.

Anyone with information about a baby that hasn’t been seen recently in Columbia, that could be the baby whose remains were found on Thursday, is asked to call the Columbia Police Department at 573-874-7423 to leave a message or CrimeStoppers at 573-875-TIPS to remain anonymous.