Parramatta’s quest for a top four finish has gained momentum following an impressive 42-6 win over a listless Canterbury at Commbank Stadium.

Mitchell Moses returned for the Eels with his broken finger taped up, and the halfback was in ominous touch early.

His slick cut out pass to Will Penisini saw Waqa Blake find the stripe for the home side’s second try, while Dylan Brown’s bullet pass in the 34th minute to Maika Sivo saw the rampaging winger score his 35th try at Commbank Stadium in as many appearances.

With South Sydney losing to minor premiers Penrith on Thursday, it posed as the perfect chance for Brad Arthur’s men to capitalise and move past the Rabbitohs to occupy fifth spot on the NRL ladder with the finals looming.

Consistency has been a issue all season, but the Eels were in a determined mood from the outset against their fierce rivals from Belmore. 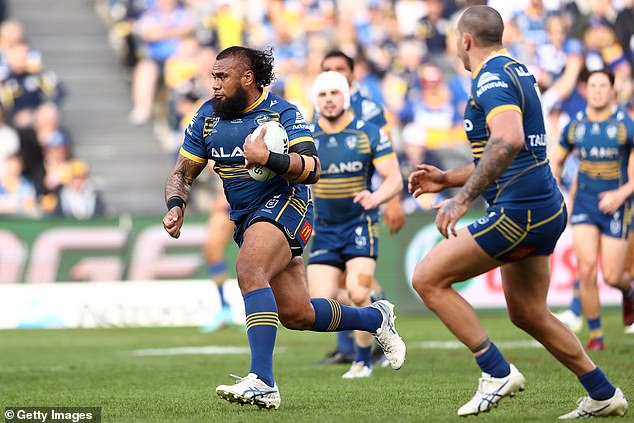 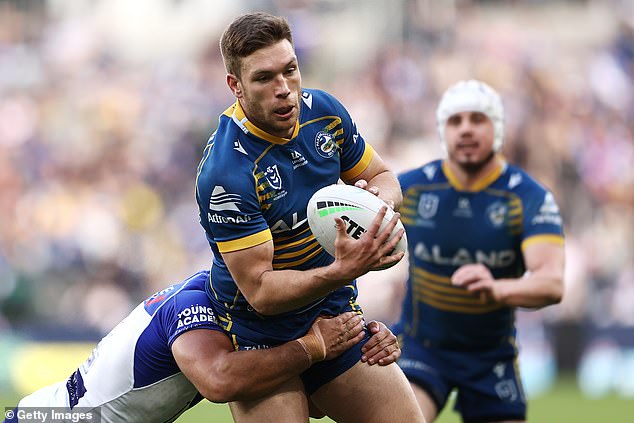 Tom Opacic was also strong for Parramatta, and was rewarded with an early try in the second half

Fox League commentator Steve ‘Blocker’ Roach called for Parramatta to be ruthless early in the second half – and it didn’t take long for them to respond in front of their adoring fans in Sydney’s west.

Lock Ryan Matterson strolled through some non-existent defence to make the score 22-6 moments later and from there it was one-way traffic for the Eels, with further four pointers from Tom Opacic, winger Blake and a double from Dylan Brown.

The Kiwi international – still only 22 – toyed with Mick Potter’s men at times, finishing with a double and three try assists.

Moses also finished with three assists to his name.

The Eels next play the Broncos, who will be desperate to bounce back after they were thrashed 60-12 by Melbourne on Friday.

Canterbury have another difficult assignment when they travel to Shark Park next weekend to face Cronulla.