Former Republican presidential nominee Mitt Romney faced a setback in his bid to become the next United States senator for Utah.

The former Massachusetts governor was presumed to be the front-runner but failed to secure the nomination for Senate.

In the final round of voting at the Republican party’s convention, Romney had won only 49.12 per cent of the votes, the Hill reports. 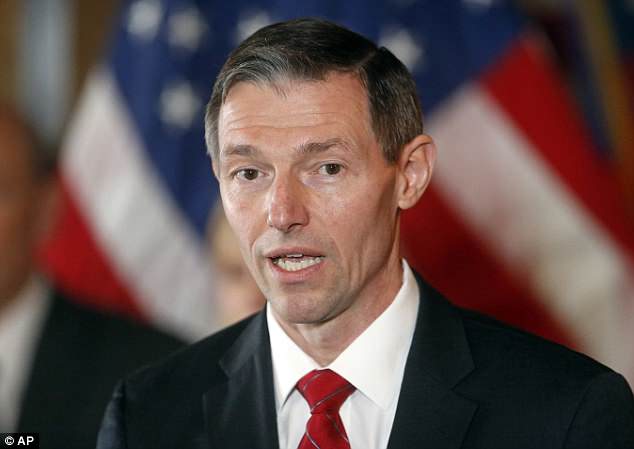 Romney received 49.12 per cent of the votes at the Republican convention, while candidate State Rep. Mike Kennedy (pictured) won 50.88 per cent

Since both men failed to secure 60 per cent of the votes, they will head to a statewide Republican primary on June 26, where voters will decide who wins.

‘On to a good, important primary ahead. This is terrific for the people of Utah.’

Kennedy also seemed pleased with the results, telling the station: ‘I’m a candidate with a compelling life story and a unique set of life circumstances I’d like to use to serve the people of Utah.’

Most of the candidates Romney went up against questioned his criticism of President Donald Trump and the depth of his ties to the state. Romney moved to Utah in 2012 after losing the presidential election to Barack Obama. 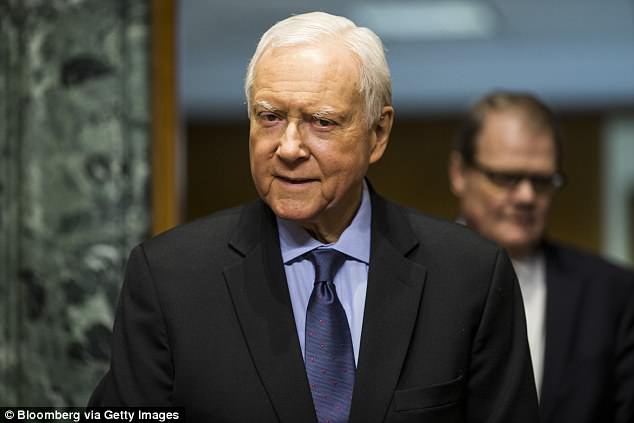 Romney and Kennedy will now head to a Republican primary on June 26 to try and replace Sen. Orriin Hatch (pictured), who is retiring at the age of 84

Romney has tried to shift the focus away from his public spats with Trump and instead focus on Utah’s issues.

Despite once tweeting that Romney ‘choked like a dog’ during his own White House run, Trump eventually backed Romney posting that he would make a good senator.

Kennedy got a big applause from the crowd during the convention as he railed against the national debt, Common Core education standards and former President Barack Obama’s health-care law.