MK Dons 1-0 Wycombe (agg 1-2): Chairboys on the brink of Championship return as they progress to the League One play-off final despite semi-final second leg defeat

Wycombe have reached the League One play-off final despite losing the semi-final second leg against MK Dons.

The Chairboys, who were relegated from the Championship last year and finished sixth in the regular season, won the first leg 2-0 thanks to goals from Ryan Tafazolli and Sam Vokes.

Troy Parrott got MK Dons back into the tie with a clever header just 26 minutes into this second leg, but Liam Manning’s side could not find a second goal and will therefore remain the third tier. 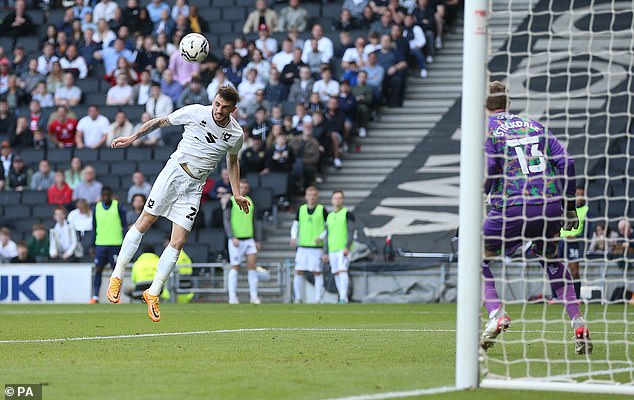 Troy Parrott put MK Dons in front on the night, but his side could not find a crucial second goal 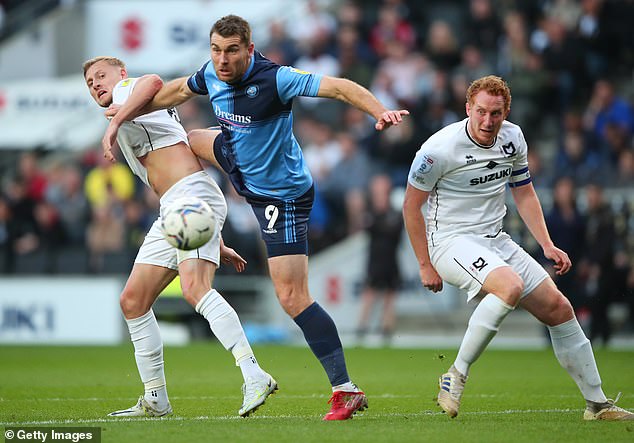