He’s the famous French chef best known for his work on My Kitchen Rules.

And on Saturday, Manu Feildel revealed his incredible weight loss journey to fans.

Taking to Instagram, the 45-year-old shared a before-and-after photo showing his impressive transformation. 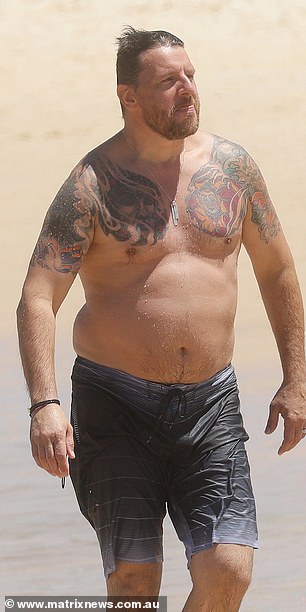 ‘3 months of dedication, no booze, no carbs, no sugar, training 5 days a week, thanks Chief & Em I really needed it, his caption read.

James and Emilie have previously helped the likes of Osher Günsberg, James Stewart and Guy Sebastian lose weight and get in shape. 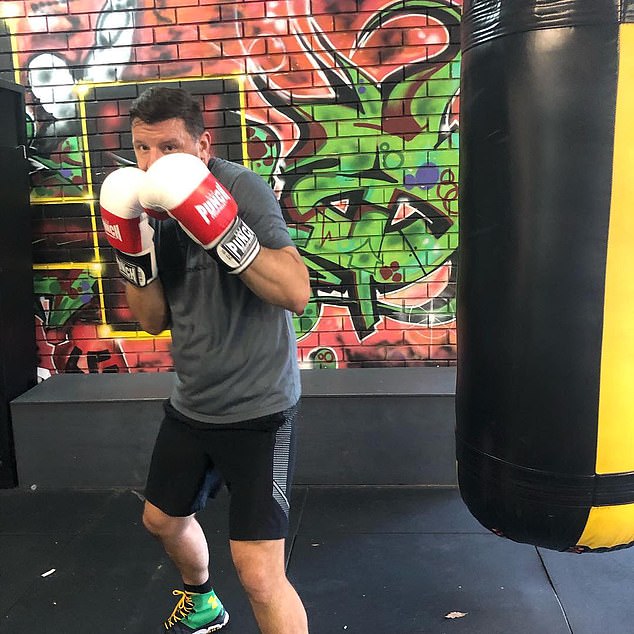 Working hard: The 45-year-old trained with celebrity body transformation coaches James and Emilie Brabon to get in shape

Earlier this month, during an interview on Channel Seven’s Sunrise, Manu spoke at length about his health and fitness journey over the past three months.

‘I started with an eight-week challenge and I pushed it to a 12-week challenge, because I’ve started going to the gym with those guys [James and Emilie]. They’re absolutely fantastic!’ he said.

‘The diet is the hardest part – there’s no booze, no carbs and I’m training five-to-six times a week.’ 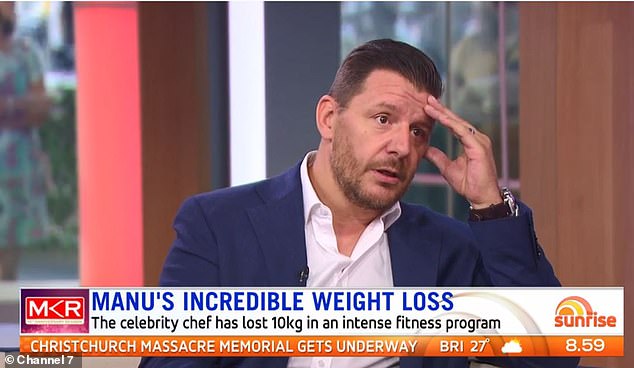 ‘The booze is fine, but [changing] the food has been terrible’: During an interview on Sunrise earlier this month, Manu spoke about his health and fitness journey over the past 12 weeks

‘The booze is fine, I got rid of it easily, but [changing] the food has been terrible,’ he said, adding that the most difficult part was avoiding rich, creamy sauces.

Manu has become a household name in Australia over the past decade, after being introduced as a judge on My Kitchen Rules back in 2009.

My Kitchen Rules continues Sunday at 7.00pm on Channel Seven 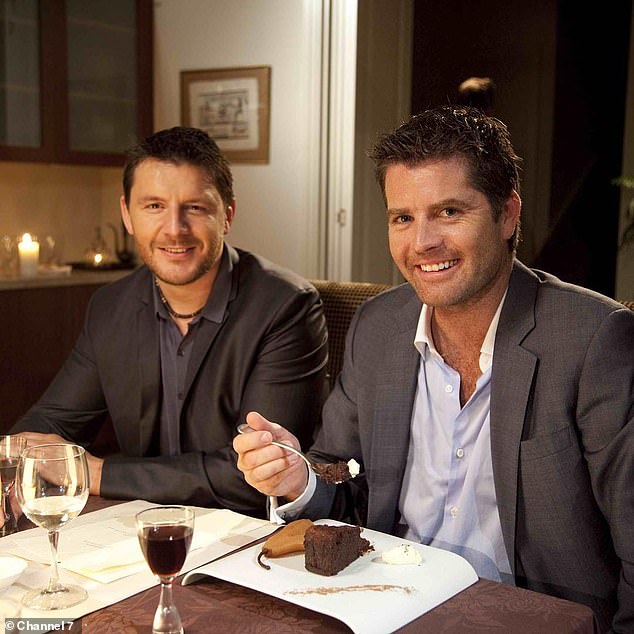 Blast from the past! Manu has become a household name in Australia over the past decade, after being introduced as a judge on My Kitchen Rules back in 2009. Pictured with Pete Evans