She was unceremoniously booted off My Kitchen Rules.

But that hasn’t stopped Sonya Mefaddi from getting back in the kitchen, but this time without her former co-star Hadil Faiza.

On Saturday, the brunette beauty launched her own home cooking show on YouTube, where she cooked falafel prawns with lemon tahini.

Choosing not to mention her time on the cooking show, the 34-year-old instead narrated the six minute HD video, which offers a step-by-step guide to the dish.

Appearing well-received, the video had already received 787 views by Sunday night, with a number of the amateur chef’s fans supportive of her.

A number of her fans gushing over how ‘delicious’ the gourmet meal looked, adding they were glad to see her cooking again. 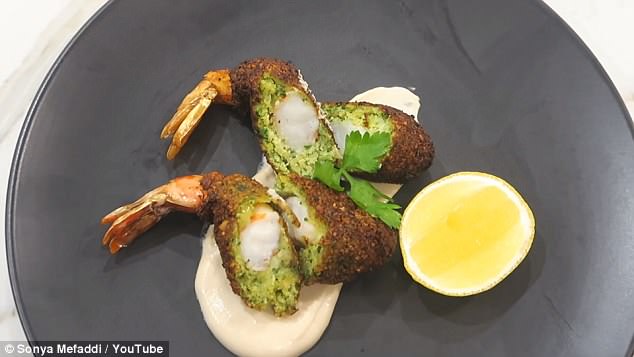 Sonya, and her co-star Hadil, were embroiled in controversy last month when they were sensationally kicked-off the show for their bad behaviour.

Following a war of words with sisters Jess and Emma, the pair were accused of hurling callous insults, personal attacks and taunts.

Their unacceptable behaviour prompted judges Manu Feildel and Pete Evans to ask them to leave, with the French judge saying: ‘enough.’ 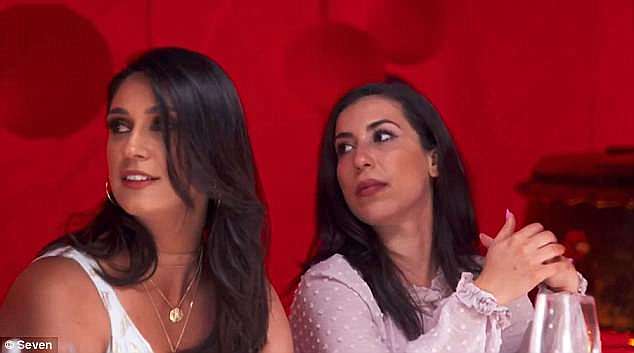 Unceremoniously dumped! It comes after Sonya (left) and Hadil (right) were kicked off the reality cooking show for their behaviour towards rival team, Jess and Emma

Later that month, the pair apologised for their on-screen antics, penning a lengthy Instagram post for their involvement in the ‘scandal.’

In a joint statement, they wrote: ‘There is more to the ‘scandal’ than meets the eye, however we take full responsibility for our words that came out of our mouths and we apologise.

‘Like any reality TV show, no one but the people on-set filming 10-14 hour days know exactly what goes on behind the tears, the tension, the smiles, the reactions and the words exchanged.’ 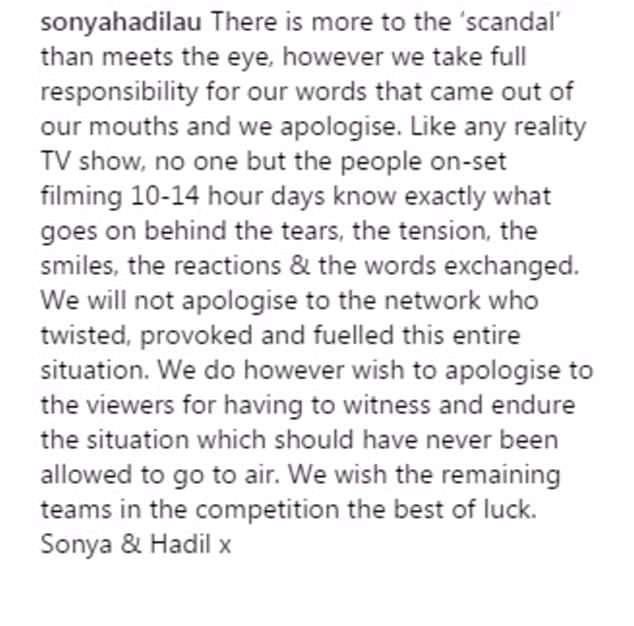 Saying sorry! Following the argument, Sonya and Hadil apologised for their behaviour to fans in a joint statement on Instagram

The Jordanian BFFs said they will not be apologising to Channel Seven, and that the fight should not have gone to air.

‘We will not apologise to the network who twisted, provoked and fuelled this entire situation,’ they added.

On Sunday night, Channel Seven aired the finale of the show, with Sonya and Hadil noticeably absent. 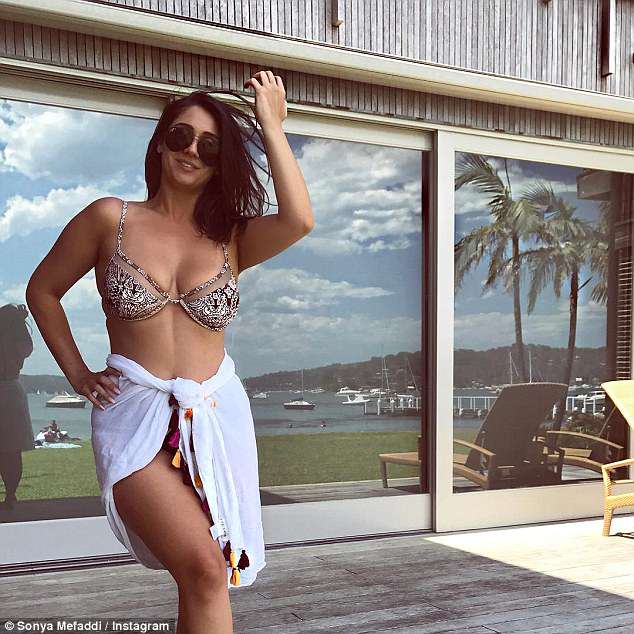 Keeping a low profile! Sonya has been lying low since the incident, with neither her or Hadil appearing on the season finale of the Channel Seven show on Sunday night