MLB fan jumps over the railings for Aaron Judge’s home run No. 62 ball but epically fails

Off the rails! Wild Baseball fan jumps over the railings for Aaron Judge’s home run No. 62 and epically fails to grab the historic ball as he crashes to the ground… but manages to emerge unharmed

Lost in the madness of Aaron Judge hitting his record breaking 62nd homerun was one fan who risked it all to catch the long ball, but ended up catching nothing but air.

What many may not have spotted was one fan who attempted to scale over the guard rail of the wall as the ball neared closer. The fan ironically ended up being at least 10 seats away from where the ball actually landed.

To make matters worse he was then seen jumping from the guard rail to the ground behind the left field fence. 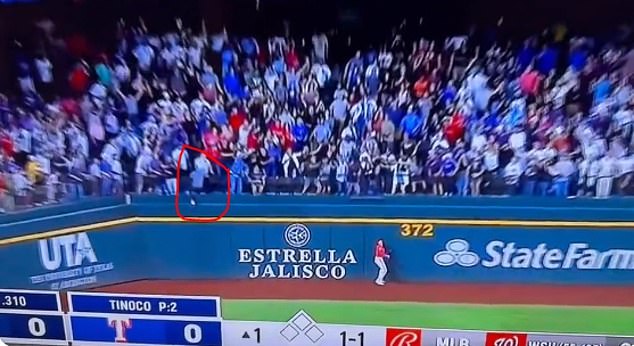 Fans who witnessed the dangerous leap on social media speculated that he was attempting to position himself in case the fan who ultimately caught the ball dropped it, or the ball fell short of his grasp.

According to Evan Grant of the Dallas Morning News, the fan did not obtain any injuries, but was escorted out of the stadium by security for jumping the guardrail.

According to USA Today the fan who did catch the ball was escorted away by security, sense according to reports the ball is worth at least $2 million.

After equaling Maris with his 61st in Toronto on September 28, Judge overtook him in Texas with a first-inning homer against the Rangers – taking the record with just one game to go of the regular season. 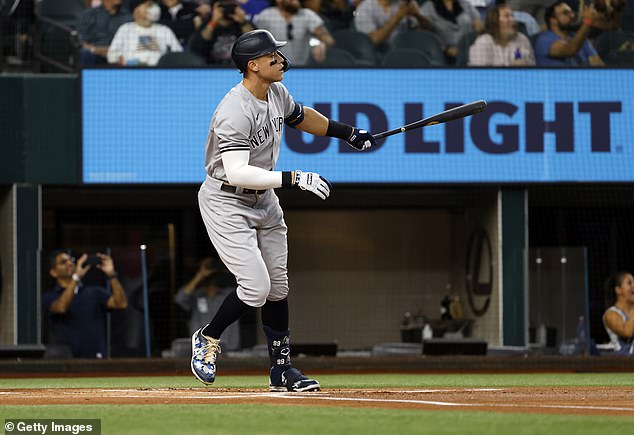 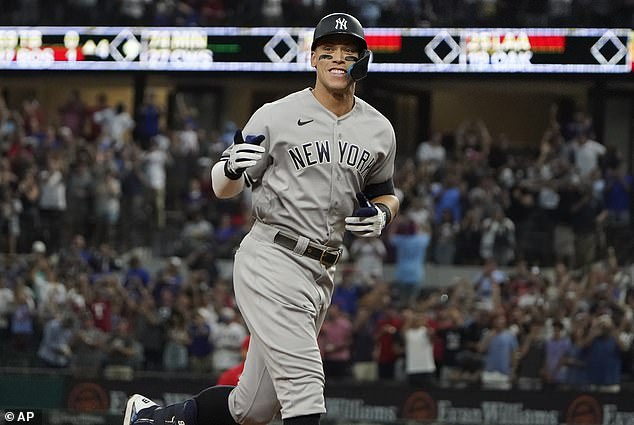 Judge finally went long after failing to clinch the achievement at Yankee Stadium last week, leaving it to the team’s final road trip of the season to seal history.

He finally made history Tuesday night against Jesus Tinoco of the Texas Rangers in the second game of the Yankees double header.

The Yankees gathered to meet Judge at home plate after the home run, and he took off his helmet as he walked back to the dugout to acknowledge the fans.

The fans at the Globe Life Field gave the No. 99 a standing ovation at the bottom of the inning as he took to the field.

Across the whole of Major League Baseball, Judge’s 62nd home run of the season takes him to sixth on the all-time list, behind Barry Bonds (73), Mark McGwire (70, 65) and Sammy Sosa (66, 64, 63), although media reports have previously linked all three with performance-enhancing drug use.