MLK Jr.’s niece says ‘we must encourage people to wake up and fight’ at Evangelicals for Trump event

The niece of Dr. Martin Luther King Jr. appeared at a Trump Campaign event on Thursday, attending as one of six Christian speakers chosen to help celebrate the president’s pro-life stance.

Alveda C. King – whose late father A.D. King was a civil rights leader like his famous brother – sang the hymn ‘How Great Thou Art’ on stage at the Evangelicals For Trump: Praise, Prayer, and Patriotism gathering.

The 69-year-old also told guests at The Hotel at Avalon in Alpharetta, Georgia: ‘We must encourage people to wake up and fight.’

It was the day after, King – who is director of Civil Rights for the Unborn – responded to the removal of Margaret Sanger’s name from a Manhattan Planned Parenthood clinic.

Alveda King told guests at The Hotel at Avalon in Alpharetta, Georgia: ‘We must encourage people to wake up and fight’ 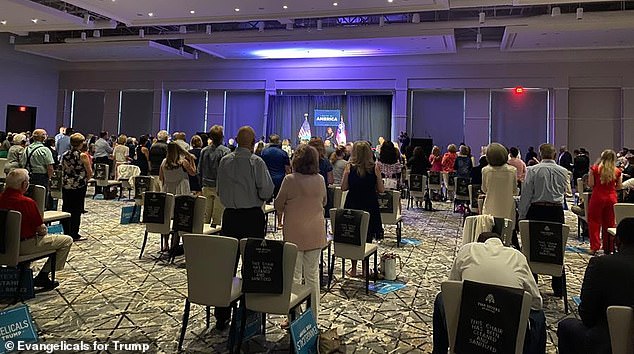 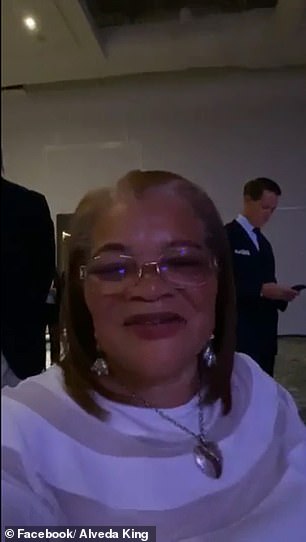 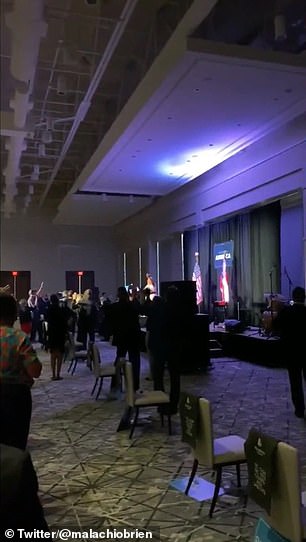 It was after discussion around the fact that Sanger founded what was known as the American Birth Control League with racist views. She was a member of the American Eugenics Society which championed selective breeding and worked to stop ethnic minorities, the uneducated and poor from reproducing.

‘Margaret Sanger sought what was an Aryan race, thinking that was more perfect, most desirable race,’ King told CBN News on Wednesday. ‘She ignored the fact that we are all human beings and under one race. 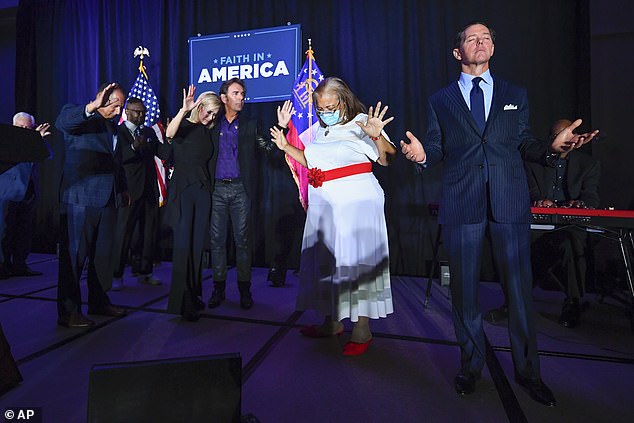 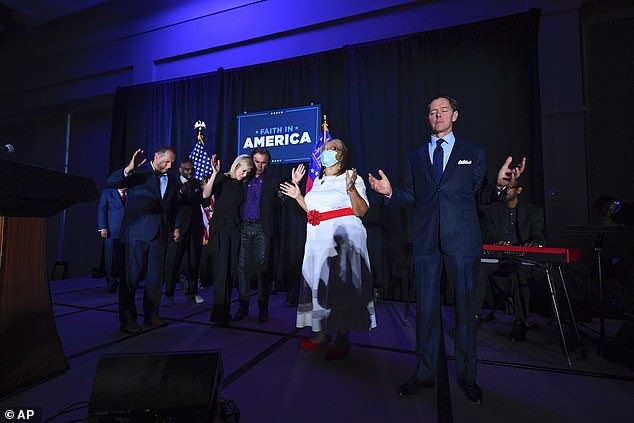 King (second from right) is the niece of the late Dr. Martin Luther King Jr. and is pro-life 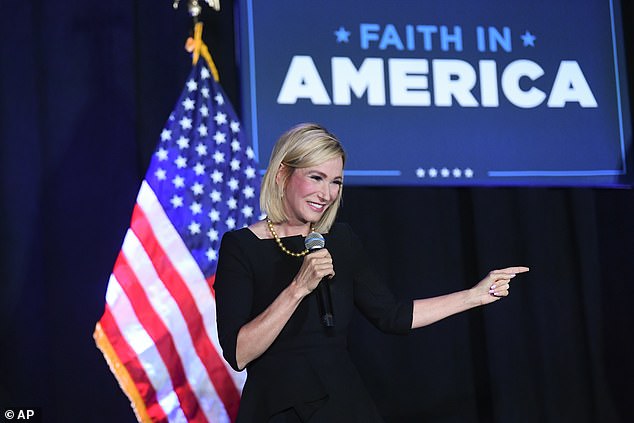 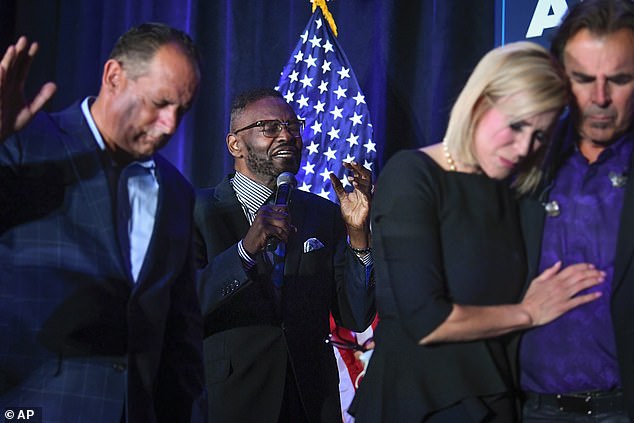 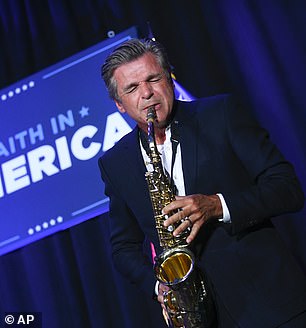 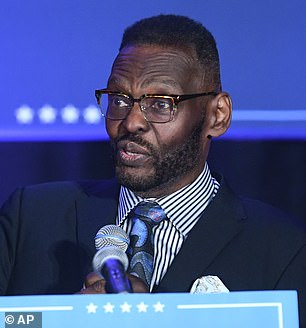 She highlighted the clinic’s role in systemic racism.

‘In America and around the world, people are waking up to the fact that there’s one human race, not separate races,’ King said.

‘We’re not color blind. We can see skin color, of course, we can. However, we want to celebrate ethnicity not divide because of ethnicity and I think that with the current voice and even the people who work for Planned Parenthood are probably understanding that to have as your main founder, displayed, who was a racist and a white supremacist, that’s not going to work.’

‘President Trump has been a staunch defender of people of faith, and the Evangelical community is fired up and ready to rally behind him in November,’ Pastor Paula White, Spiritual Advisor to President Trump, told the social distanced room.

‘While Joe Biden radically shifts further away from the American values that Christians hold dear, President Trump continues to fight for our religious freedoms and the principles of faith that make our country great.’ 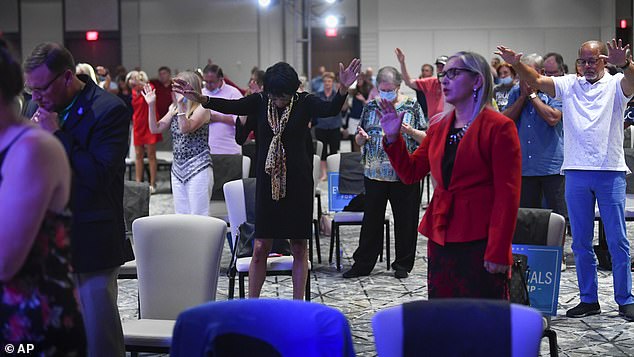 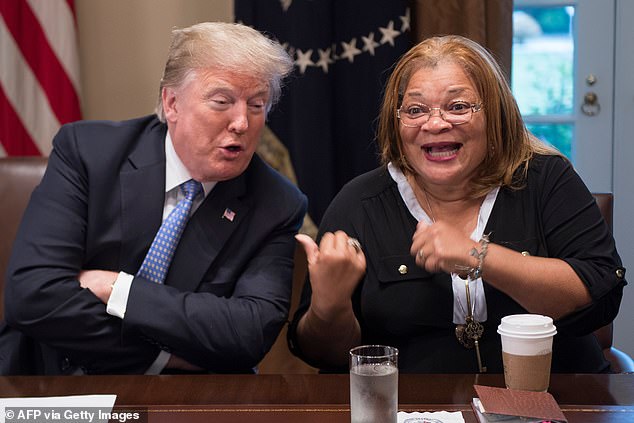 King is a long-time supporter of Trump. They are pictured on August 1, 2019