A trio of men were captured erupting into a fiery brawl that saw one rip off his shirt and knock out a fellow reveller on the Mediterranean resort town of Ayia Napa.

The fight was captured on camera by a local who said party goers getting into a punch-up was a nightly occurrence on the festive resort town in Cyprus.

Video of the violent altercation shows one of the men get so enraged he tears off his short, slapping the two other men and punching one completely senseless.

The man, who witnesses claimed was an MMA fighter, was in an argument with two other young men, when things appeared to quickly escalate. 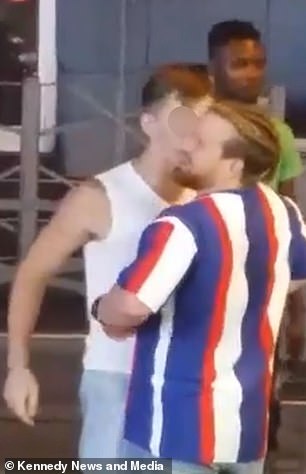 Video footage of the fight shows the man dressed in a stripey blue, white and red shirt appears calm – at first – but things quickly escalate 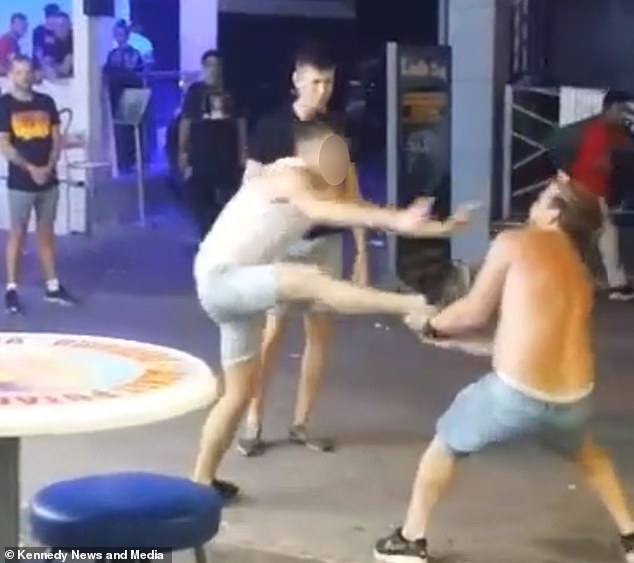 Locals who filmed the brawl say fights are a common occurrence on the island, but that this fight was on the extreme end of the scale 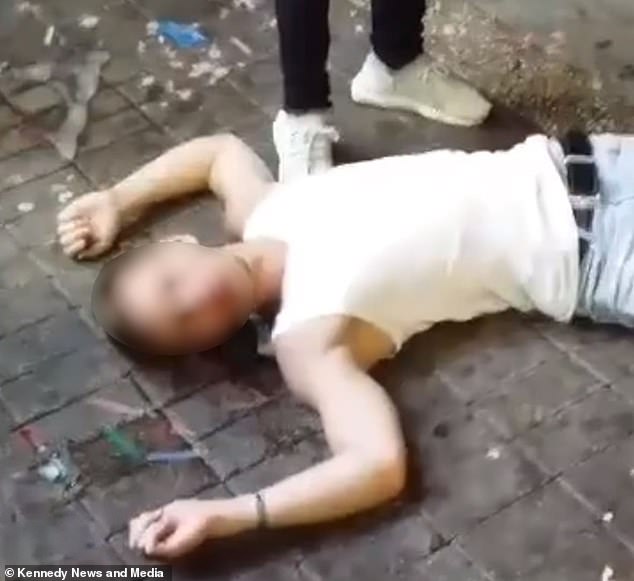 The footage shows that the man, who is of a shorter, stockier build than the two other men, is calm at first.

But in a sudden burst of rage the cage fighter is seen ripping off his shirt before he lunges at the duo.

He manages to deliver a slap to each of their faces simultaneously before delivering a hefty punch at one of the men.

The force of his punch sends the man, dressed in a white t-shirt – into an unconscious heap on the floor – blood visibly coming from his nose.

With one of his opponents incapacitated the man then turns onto the remaining man. 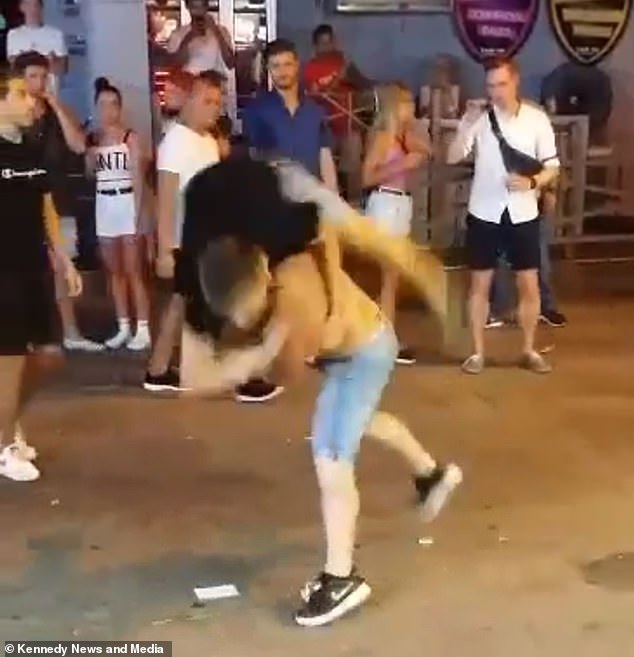 Witnesses believe the man is likely an MMA fighter. In the video he can be seen slamming his opponent to the ground repeatedly 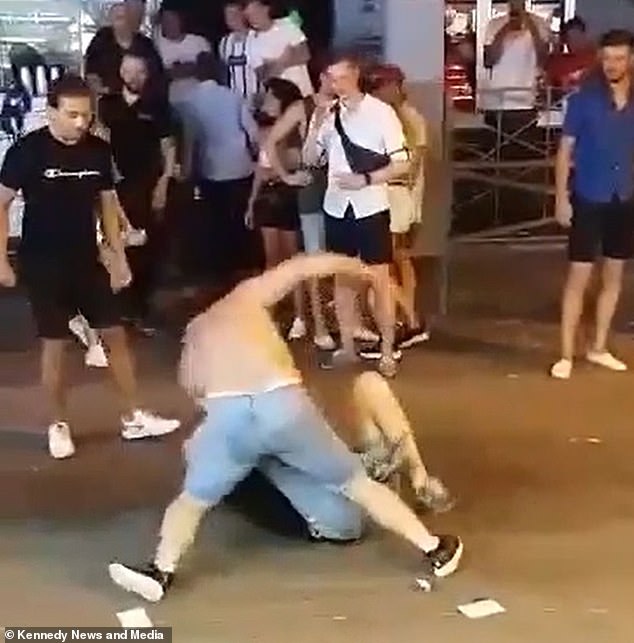 Even after he has successfully pinned the man to the ground, the enraged man can be seen delivering hefty punches at his opponent

He can be seen lifting him up repeatedly, slamming him to the floor as he also delivers a series of punches at the man who tries in vain to scramble away.

Witnesses at the scene said they had seen the fighter earlier in the evening delivering ‘unreal’ blows at a punching bag.

The local who caught the brawl on camera did not wish to be named. But he said while fights were frequent on the island resort, this one was at the extreme end.

‘It’s normally just a kick and a push. Not a double slap and a KO by a complete stranger.’

Cyprus Police said that none of those involved in the fight had reported the incident, but said it was aware a brawl had taken place and was investigating.

‘Up to date, no evidence or testimony have been found which would allow for the identification of the persons involved.’ 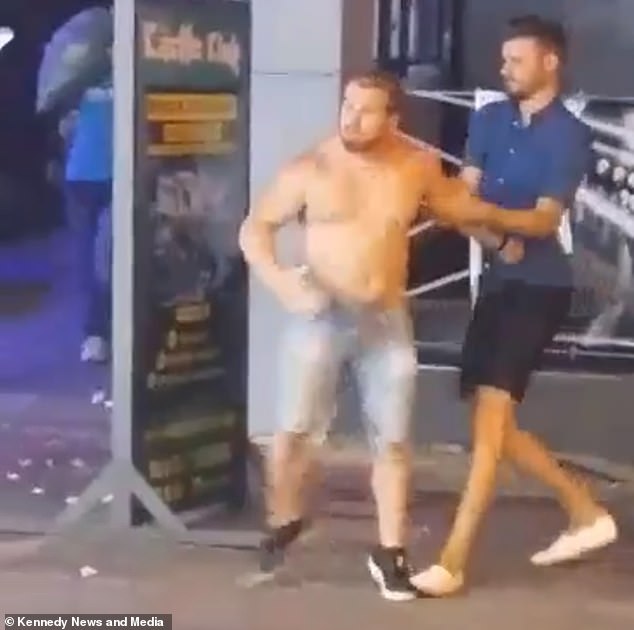