‘I don’t find them racist,’ Mnuchin told reporters Monday. ‘The president just went out and clarified his comments. I think he speaks for himself on that and he was very clear.’

The president has come under fire for tweets telling a group of four freshmen members of Congress to go back to where they came from and fix their home countries before weighing in on American politics. 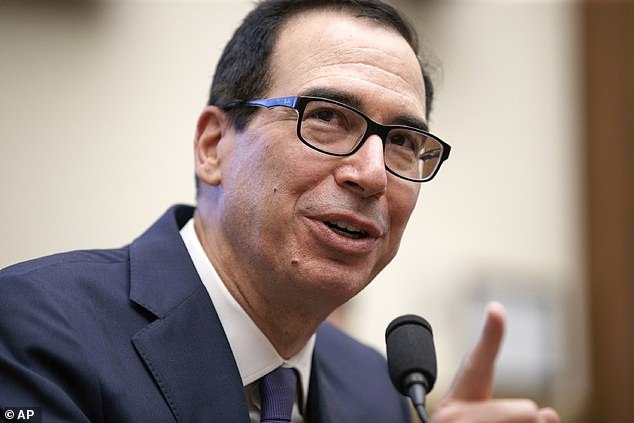 ‘The president just went out and clarified his comments. I think he speaks for himself on that and he was very clear,’ Mnuchin told reporters Monday 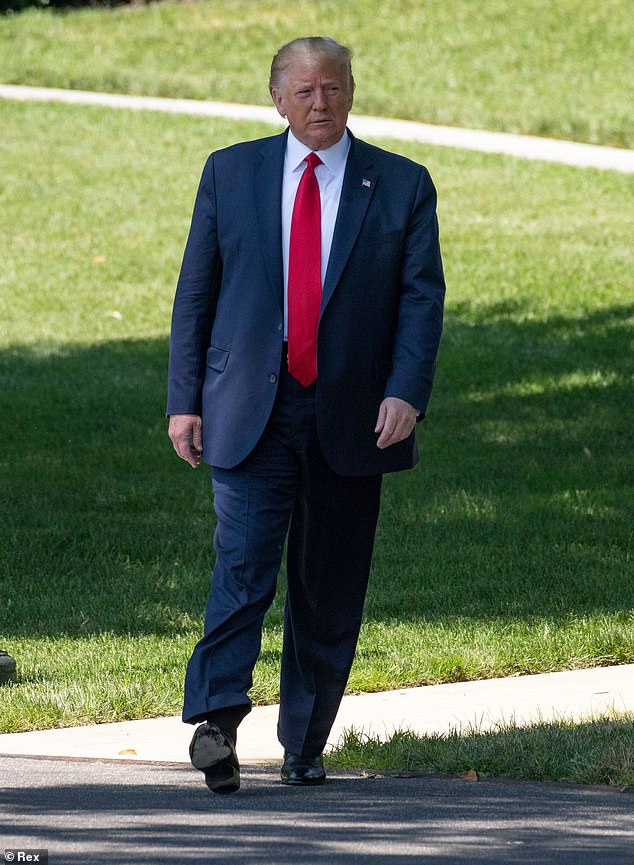 ‘Well I don’t mention – I didn’t mention names,’ Trump said Monday, adding, ‘If you’re not happy here then you can leave’

He was making reference to Representatives Alexandria Ocasio-Cortez, Ilhan Omar, Rashida Tlaib and Ayanna Pressley – all who have been at odds with Democratic House leadership lately.

The Twitter thread was widely viewed as racist, and several Democrats said it was the same language of a white supremacist.

But the Treasury secretary said Trump’s clarification showed exactly what he meant by the tweets.

‘Well I don’t mention – I didn’t mention names,’ Trump said when responding to a question from DailyMail.com on Monday regarding the tweet.

Omar was born in Somalia and fled from the AFrican country to the U.S. with her family when she was a child. She became a citizen when she was 17.

The other three congresswomen were all born in America, but are minorities. Ocasio-Cortez is of Puerto Rican decent, Tliab’s parents are Palestinian and Pressley is African American.

Mnuchin also dodged questions on the measure that would replace Andrew Jackson on the front of the $20 bill with slave and activist Hariet Tubman. The seventh president would still be on the money, but would appear on the reverse side.

Then-Treasury secretary Jack Lew announced April 20, 2015 – while serving under Obama – that the money would be changed, but it appears there has been no movement on the issue under the Trump administration.

‘There’s a lot of misinformation on this issue,’ Mnuchin said. ‘And I’ve received letters being accused of postponing this, and everything else. Again, this is a non-political situation where the primary objective of changing the currency is to stop counterfeiting.’

When asked if the issue had anything to do with race, Mnuchin flately said, ‘no.’

‘No. And as a matter of fact, we’re going to do more research on kind of what’s been done at Treasury in the past,’ Mnuchin said. ‘At some point we will be having to look at when we have the currency. At that appropriate time we’ll address – the thing.’