Mohamed Salah slammed by ex-Egypt striker Mido for ‘neglect’ for attending his brother’s wedding before Togo match as he launches tirade at national team officials, calling them ‘cowards’ for ‘silence’ after Liverpool star’s positive Covid test

Former Egypt striker Mido has not held back in his criticism of his national team and star Mohamed Salah.

Salah has been self-isolating in his homeland after recording a positive test last Friday, on the eve of Egypt’s Africa Cup of Nations qualifier against Togo.

The wedding of Salah’s brother, Nasr (right) took place in the Egyptian capital of Cairo

Mido, who earned 51 caps for Egypt, has condemned his compatriot for attending his brother’s wedding prior to an international match amid the coronavirus pandemic.

‘I know I may be under attack after my next comments, but it has to be that way,’ he told Al-Nahar TV.

‘Mohamed Salah made a big mistake by attending his brother’s wedding a few days before the Egyptian national team match, he showed great negligence with the steps taken to prevent the coronavirus and the result was that he was infected. 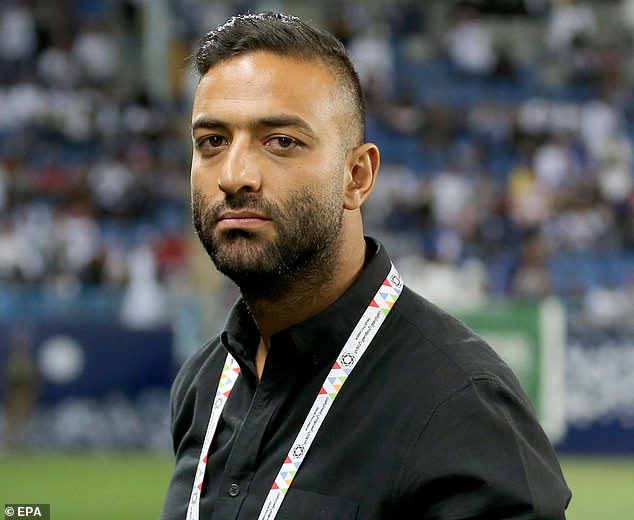 ‘The neglect of Mohamed Salah caused the Egyptian team to lose an important player in a very important match and time, and he also risked the health of his team-mates.

‘He should not have been present at his brother’s wedding, especially at that time. The wedding included more than 800 people, and half of them accepted to embrace and kiss Salah.’

In Mido’s rant, he also launched a tirade at officials within the Egyptian national team set-up, calling them ‘cowards’ for not taking action because they are in ‘fear’.

‘The other point here is the silence of all those responsible for the player’s negligence, which confirms the fact that the player is still bigger than the national team and this will lead to a great failure,’ he added. 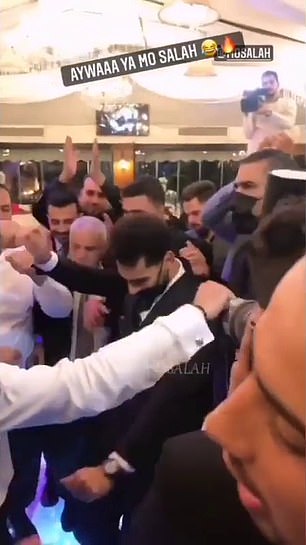 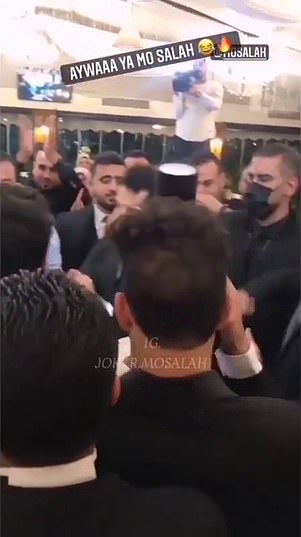 ‘When I missed the 2006 African Nations Cup, I was punished by missing the final and being excluded from the national team for six months. The final we lost, I was young and I think I am older than the team, but I confirm now that no one is bigger than the team, and if someone thinks this, this will be a great failure.

‘Officials in Egypt did not direct any word of blame or reproach to Mohamed Salah and the harm caused by his negligence to the Egyptian team, and I name each of the Minister of Sports Ashraf Sobhi, Chairman of the EFA Amr Al-Ganayni, the coach of the national team Hossam Al-Badri, and the national team director Mohamed Barakat, all are cowards and fear Mohamed Salah fans who love the Liverpool star, but here I am speaking without calculations or fear of anyone, and what is being said should be said to me.

‘No one can say that Salah did not make a mistake by going to his brother’s wedding at that difficult time and in light of the corona crisis, all the English newspapers speak against us negatively. Salah should have been blamed for what he did, but everyone feels fear.’

Salah, who was said to be experiencing mild symptoms at the weekend, has thanked fans for messages of support and is hopeful he will return to the pitch ‘soon’.

He wrote on Twitter on Tuesday: ‘I’d like to thank everyone for the supportive messages and well wishes. I’m confident I’ll be back on the field soon.’

It was reported on Monday that Salah could return to Liverpool this week if he tests negative for coronavirus on Thursday, according to the Egyptian health ministry, with the forward bidding to return for crunch clash against Leicester on Sunday evening.