The calm before the storm… Mo Salah, Virgil van Dijk and Liverpool squad set up shop at Nou Camp ahead of Barcelona showdown

Jurgen Klopp’s Liverpool squad took in the spectacular surroundings of the Nou Camp on the eve of their Champions League clash with Barcelona.

The first leg of the semi-final takes place on Wednesday evening and the Reds familiarised themselves with the 99,000-seater stadium.

Dressed in their casual club gear, the players wandered out onto the pristine surface. 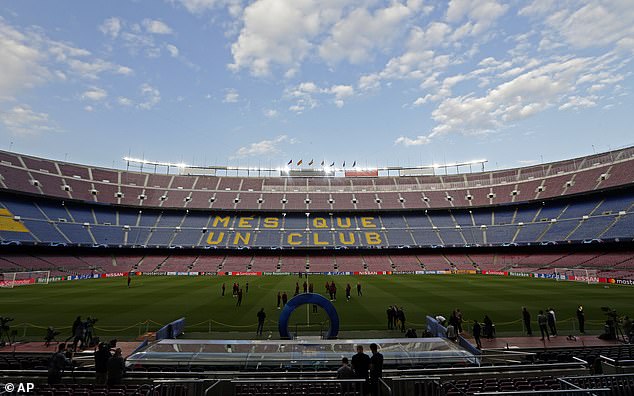 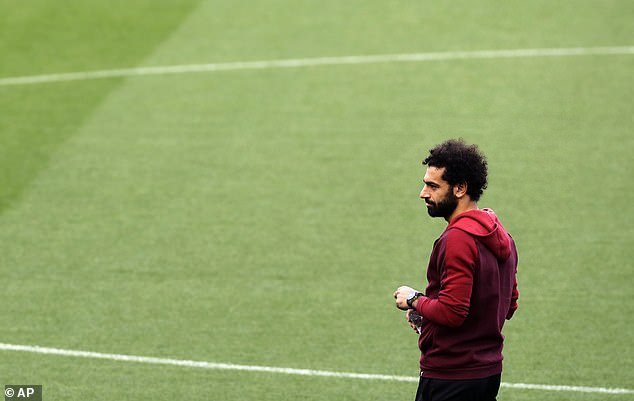 The players chatted away with the empty stands stretching skywards around them and no doubt there will be an electric atmosphere awaiting them on Wednesday.

Klopp is optimistic he will be able to call upon Roberto Firmino, who strolled around with his hood up, for the game as the Brazilian forward is battling back from a minor muscle injury. 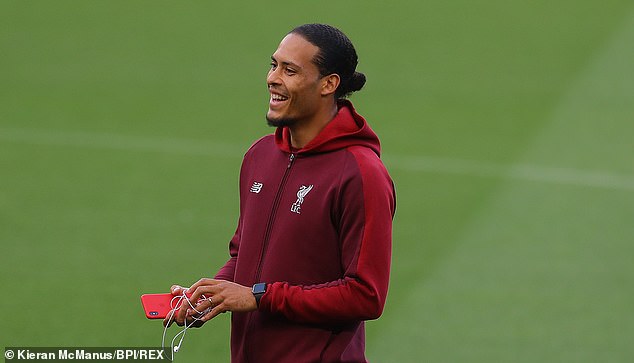 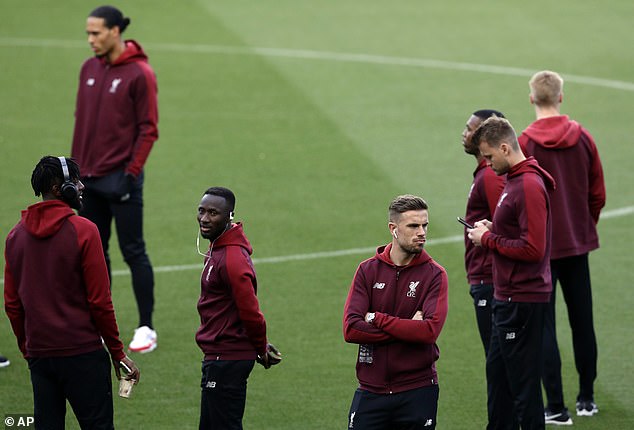 ‘If Bobby is 100 per cent ready to play then he will maybe play’, teased the manager in his pre-match press-conference.

‘He’s here, he trained. Tomorrow another session and then I have to make a decision, that’s it.’

Liverpool will understand the importance of an away goal so the inclusion of Firmino, a fixture in the side all season, would be a huge boost. 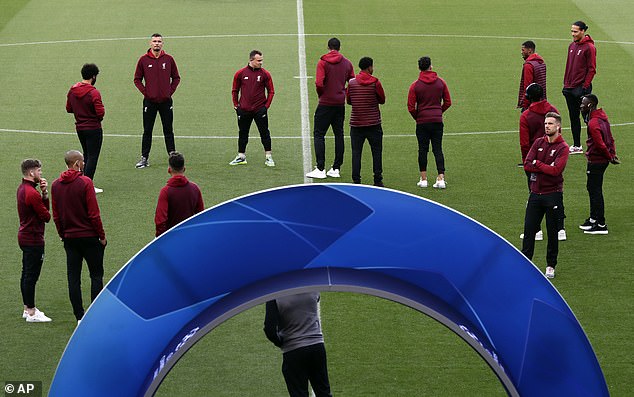 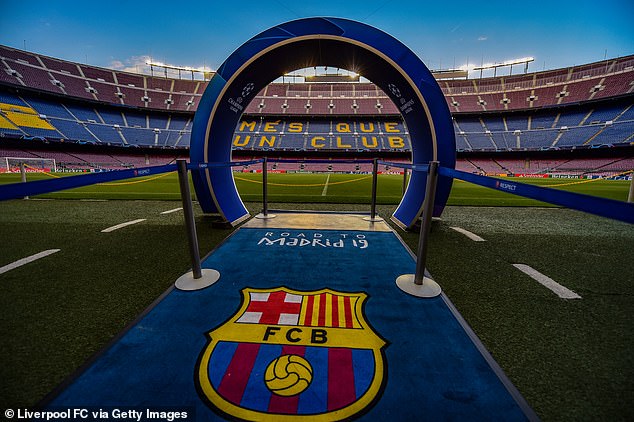