Sammy ‘The Bull’ Gravano, the legendary hit-man turned mob rat, has been released from an Arizona prison.

Gravano, 72, was released Monday after serving 17.5 years behind bars for his arrest in 2000 for distributing and possessing Ecstasy shortly after he left the witness protection program.

The mob turncoat was in witness protection after he notoriously took the stand against Gambino mob boss John Gotti and 39 other mafioso in exchange for a sweetheart deal to serve just five-years in prison for admitting to 19 murders. 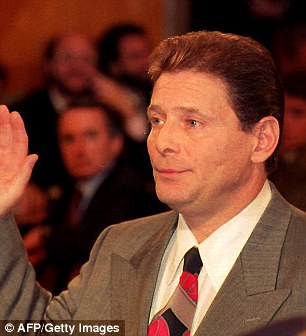 Hard time: Gravano in a mug shot (left) from the Arizona Dept of Corrections and testifying against his Gambino crime family associates in 1993 (right) 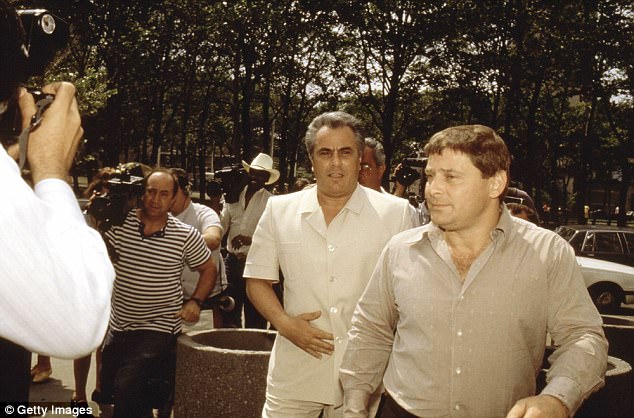 John Gotti, center, enters the Brooklyn Federal courthouse with Sammy “The Bull” Gravano May 1986 in New York City. Gravano would turn on Gotti and testify against him in 1993 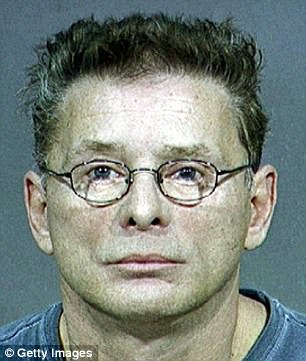 ‘He’s in good spirits, good health, and anxious to move forward with the next stage of life,’ Farinella told the Daily News.

‘Right now, his plan is to soak up the experience he’s in right now,’ Farinella said. ‘He’s focused re-acclimating into society and enjoying his freedom.’

Garavano was originally sentenced to 20-years and could have remained behind bars till 2019. He may be able to walk free, but he will spend the rest of his life on Supervised release.

‘I spoke to him,’ his daughter Karen Gravano, told the New York Post. ‘He is happy to be out after spending the last 17 1/2 years in prison.

‘He’s in good health, great spirits and he’s anxious to move forward with the next phase of his life,’ Karen echoed attorney Farinella’s sentiments.

‘There is no doubt I’m extremely happy,’ she said.

‘I’ve been fighting for this day the whole 17 1/2 years that he’s been in prison, so I’m ecstatic it’s finally here.’

According to the Post, his lawyer declined to say if he would be returning to Arizona or if he would continue to pursue sketching, a hobby he picked up in prison.

He is lucky he is a free man, but he’s more fortunate to be alive at all.

Gravano had been living in Arizona under the assumed moniker, Jimmy Moran in witness protection.

The late John Gotti’s brother, Peter Gotti, hired a team of hit men in retaliation for his brother dying in prison of cancer at the age of 61. 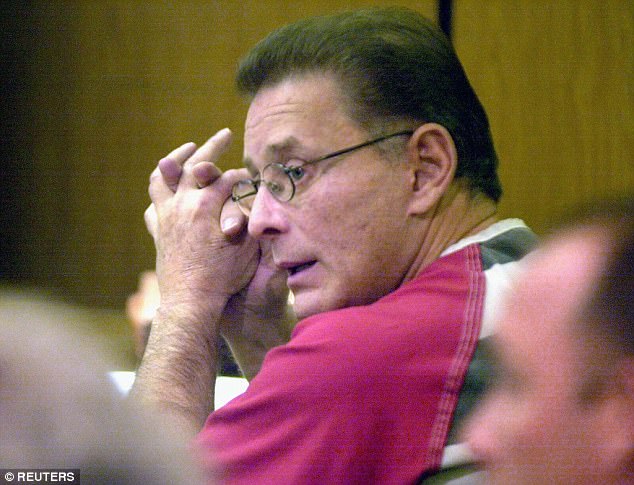 Former Mafia turncoat and hit-man Salvatore “Sammy the Bull” Gravano during his hearing in courtroom in Phoenix, Arizona in 2002 on charges of running an Ecstasy ring 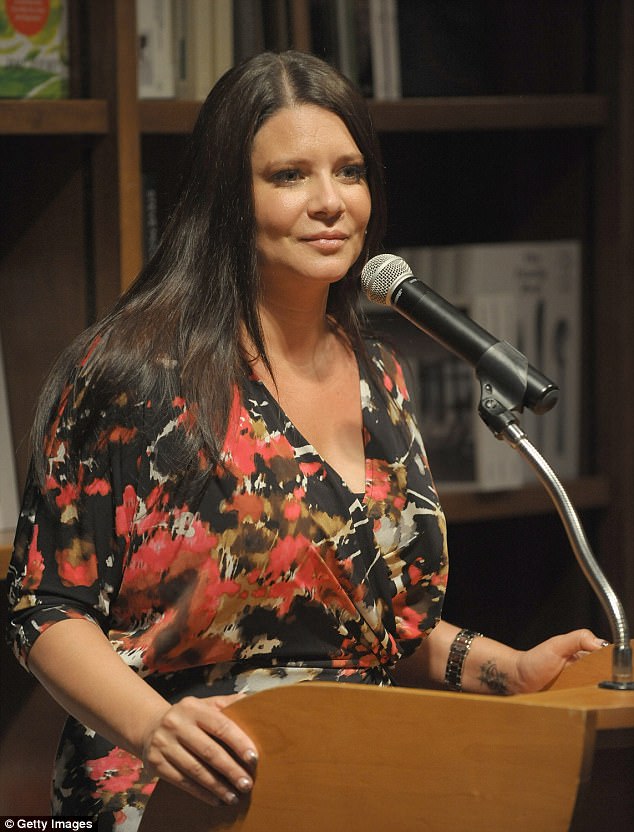 The hit was never pulled off and Peter got popped for trying it.

Brooklyn Federal Judge Allyne Ross denied a bid by Gravano to receive an early release two years ago because of the ‘staggering severity’ of Gravano’s criminal history.

It was only months after his fellow wiseguys were sentenced that Gravano was busted for the Ecstasy ring.