MoD spent £64,000 on internet usage for a phone last year

The Ministry of Defence spent £64,000 on mobile internet use for a single phone last year, new figures have revealed.

The hefty bill was the most expensive in a list of staggering figures which the Government department paid out enable its staff to stay in touch while abroad.

The MoD forked out an eye-watering £324,407 to pay for the data roaming charges for the ten most expensive mobile phones bills alone.

The staggering charges were laid bare in a series of Freedom of Information request figures released to the PoliticsHome website.

They revealed that the most expensive mobile phone internet bill for the financial year ending in April this year was £64,408.

The MoD said the rise in costs is down to the growing use of smartphones, tablets and apps by staff all over the world.

Ms Griffith told the website ‘These MoD data roaming bills are astronomically high and the increase from last year is astounding.

‘There has clearly been no effort by the department to get these costs under control.’

‘His department must look into this matter at the earliest opportunity.’ 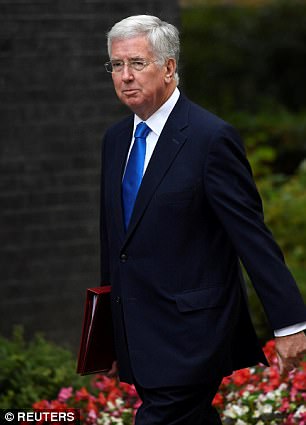 The MoD said: ‘Due to the nature of military operations and exercises, the locations we operate from frequently lack fixed communications which necessitates the use of secure mobile broadband facilities.

It added: ‘The MoD continuously monitors both use and requirement, providing the most cost effective solution to any approved task whilst working within the constraints of the MoD mobile telephony contract.

‘Any perceived high costs associated with the use of Mobile Telephony (Voice and Data) by MOD deployed assets are measured against the cost of providing an alternative global communication solution.’