Model, 26, who lost eight stone to be crowned Miss GB says it’s NOT ‘fat-shaming’ to call the overweight ‘obese’ and ‘people are offended way too easily these days’

A model who lost eight stone to be crowned Miss GB has said it’s not ‘fat-shaming’ to call the overweight obese and criticised people for being ‘way too easily offended.’

Jen Atkin used to weigh in at 18 stone before she decided to heed messages such as ‘burn those calories.’

But the 26-year-old has revealed her horror that the very language which spurred her on was being advised against by the British Psychological Society which argued that we ought to say that someone is ‘living with obesity,’ rather than that they are obese.

Jen Atkin, 26, (pictured) from Ulceby, who was able to shed eight stone in a two-year period after overhauling her lifestyle, has been crowned Miss Great Britain 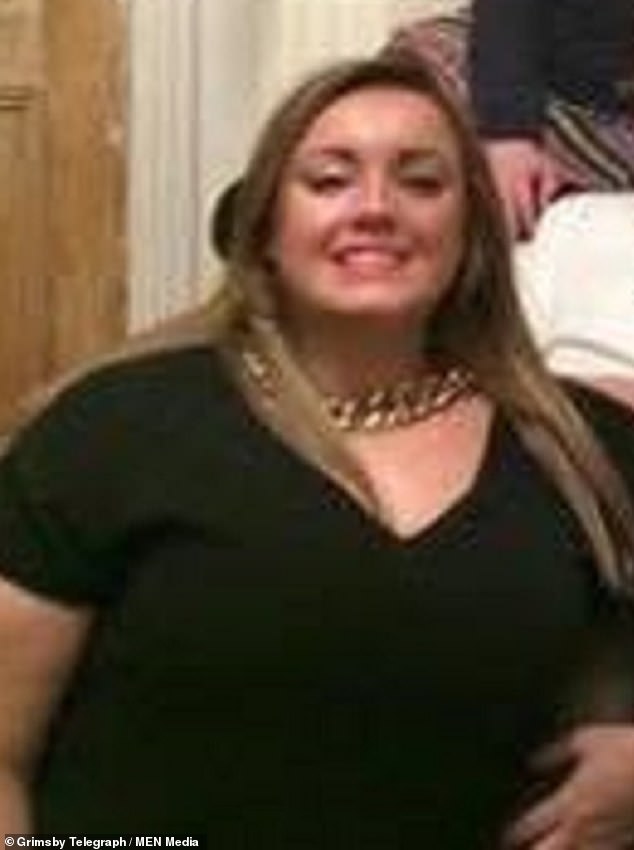 Jen (pictured before) saw her weight escalate to 17st on a diet of takeaways, before developing a regime of healthy eating and regular gym work outs 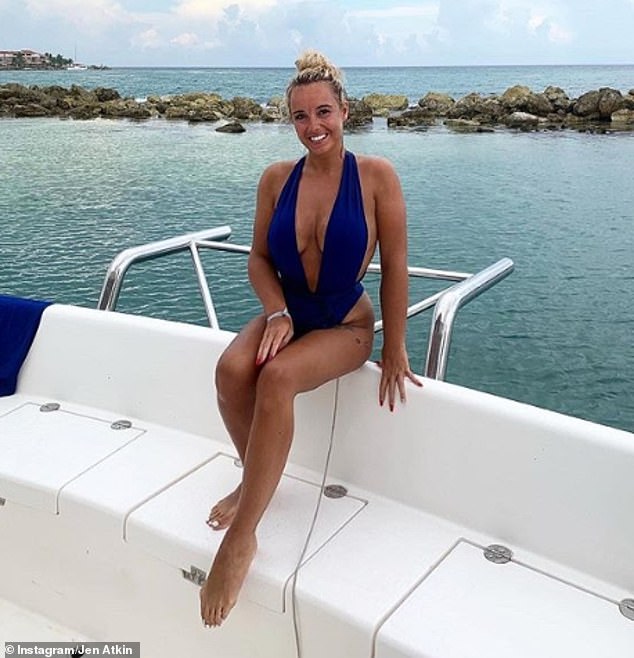 The model from Grimsby told the BBC: ‘I think it’s going to encourage people to eat more calories and not keep track of what they’re eating and therefore end up overweight or obese. It’s just avoiding the issue completely.

‘Trust me. I have been fat shamed in the past and this is not fat shaming.’ She added. ‘Calories are in food and we need calories to survive … we need to educate people on healthy living.’

But Belinda Barnett of the Anorexia and Bulimia Care charity disagreed and said that terms such as ‘burn those calories’ are ‘triggering’ to those with eating disorders.

‘Language like “burn those calories” suggests that we have to do some type of compensation for the calories we eat and I think that can feed into feelings of guilt and shame around eating,’ she said.

Ms Atkin, an aviation administrator, has been keen to promote a healthy lifestyle after her remarkable weight loss, which came over a two-year period and also included regular visits to the gym. 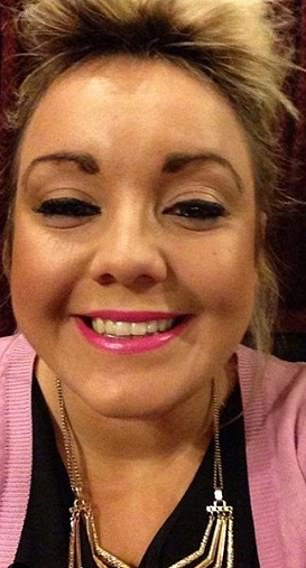 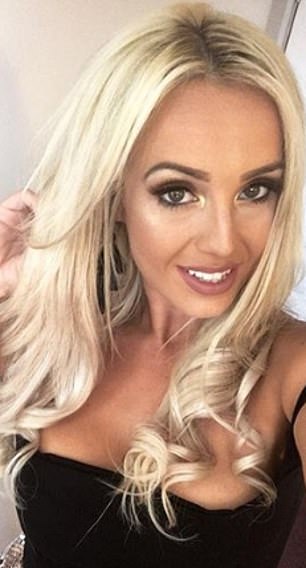 Jen decided to give the longest-running pageant in the UK another shot, after her name was put forward, pictured: before left and right in 2019 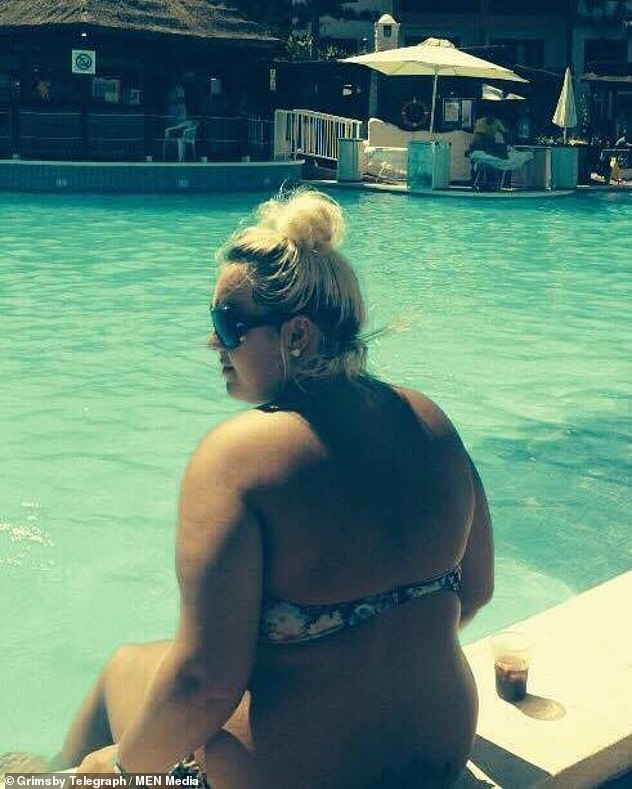 Jen (pictured before) who is also a country singer, said she felt ‘incredible’ to have been crowned the 75th Miss Great Britain 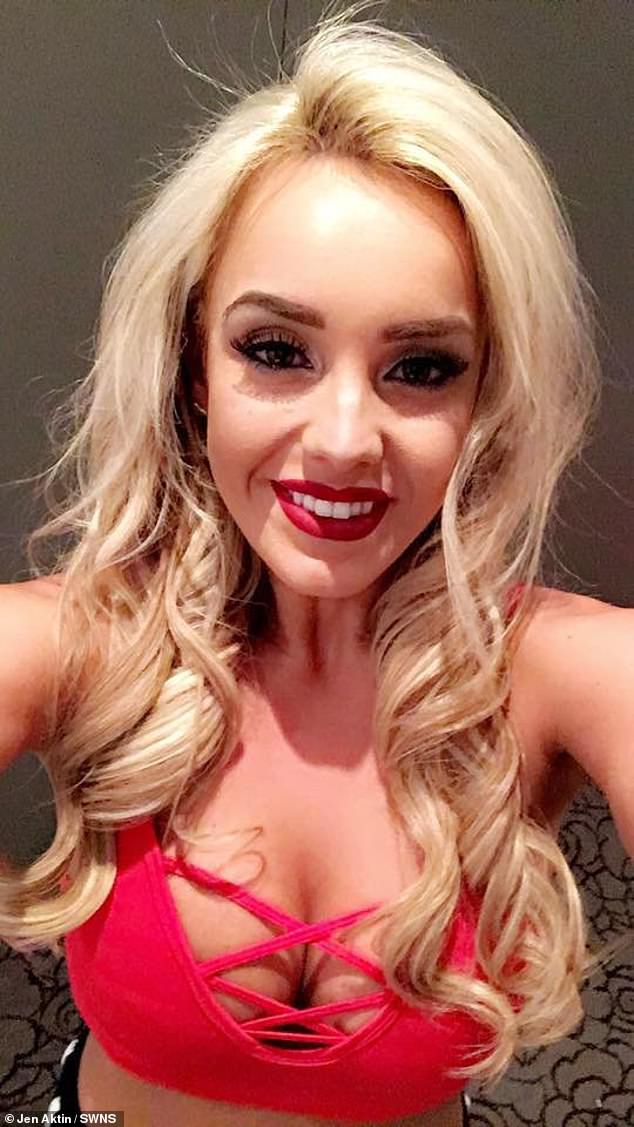 Jen (pictured) maintains her weight loss by eating protein rich foods and snacking on fruit, in addition to exercising five days a week 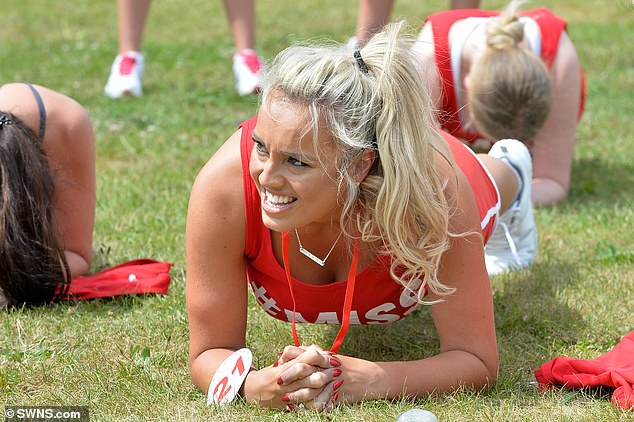 Jen (pictured) was inspired to overhaul her lifestyle after the breakdown of her first serious relationship, fearing that she wouldn’t meet someone else

After her weight loss, Ms Atkin was named Miss Scunthorpe before going on to compete for the title of Miss England in 2018, where she finished as first runner-up.

She then briefly retired from competing in pageants after getting married but decided to give it one more shot after having her name put forward to represent Great Britain.

She was named the 75th Miss Great Britain in March following a whirlwind couple of years.

The 26-year-old was originally inspired to lose weight after the breakdown of her first serious relationship, fearing that she wouldn’t meet someone else. 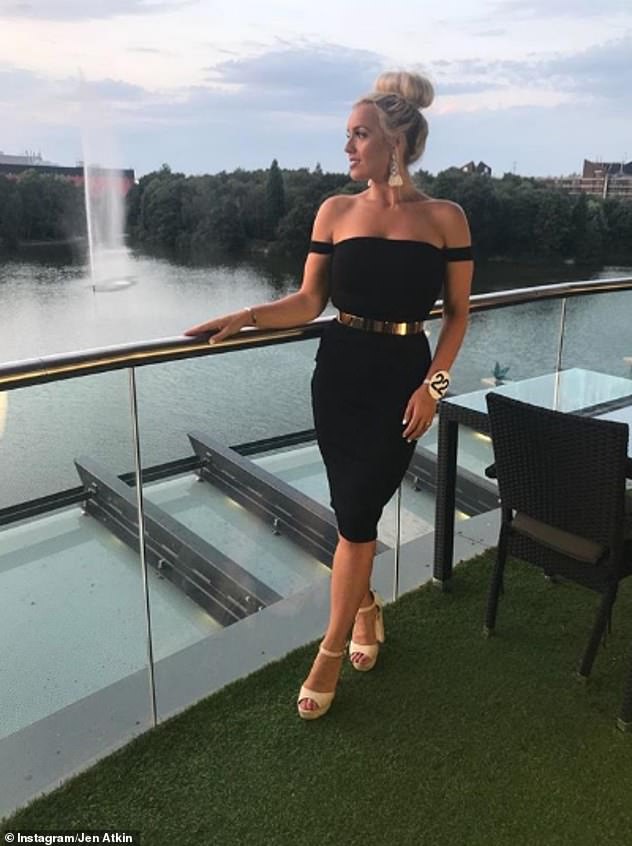 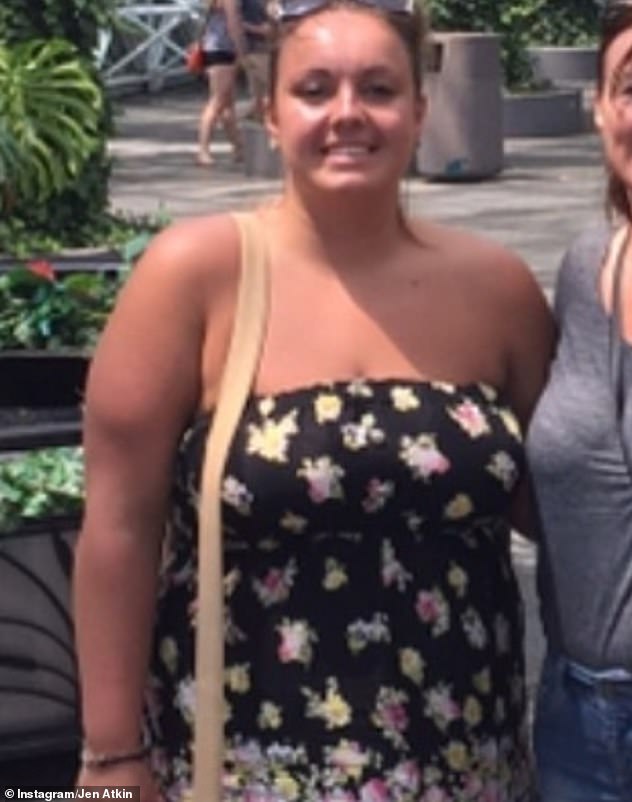 The aviation administrator (pictured before) competed for the title of Miss Great Britain at the Athena in Leicester, which attracted over 400 guests 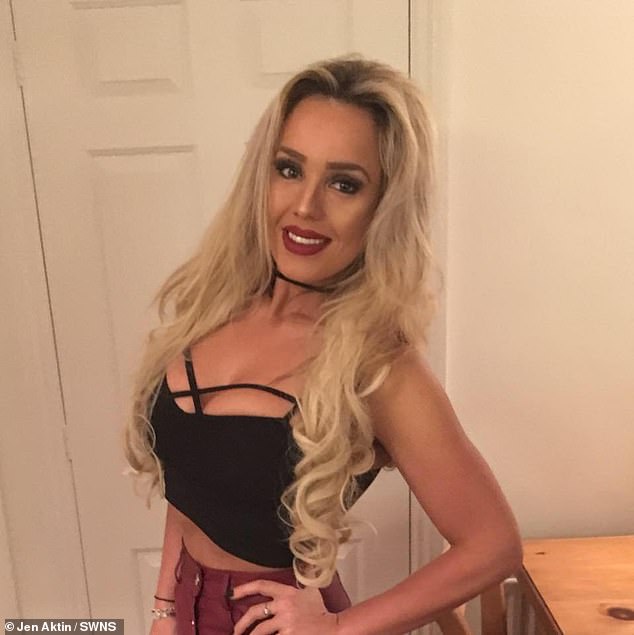 Jen (pictured after) who wore a size UK 22 at her heaviest, followed exercise workouts from YouTube in addition to eating healthy foods

Struggling to fit into her clothes, Ms Atkin began walking regularly and spending hours in the gym.

As she embraced the single life, while her friends were busy with their own relationships and children, she would spend time studying food packaging to make healthier choices.

She is also a country singer and released her first single in 2018 through the record label MHMG, reaching number two in the ReverbNation national charts.

Her twin brother, Sam Atkin, is an international athlete who competed for Great Britain at last year’s European Indoor Championships over the 3,000m distance.