A model who had breast implants to break into the industry now desperately wants them removed to end her ‘silent agony’.

Shannon Hottes, 31, got the enhancements early in her career and became a Ralph and Zoo magazine centrefold and Underbelly TV actress.

But years later the Gold Coast woman began getting a long list of debilitating and unexplained symptoms.

‘Every day I feel as if my body is dying. It’s like everything within me is slowly shutting down,’ she said.

Shannon Hottes, 31, got breast implants early in her career and became a Ralph and Zoo magazine centrefold and Underbelly TV actress 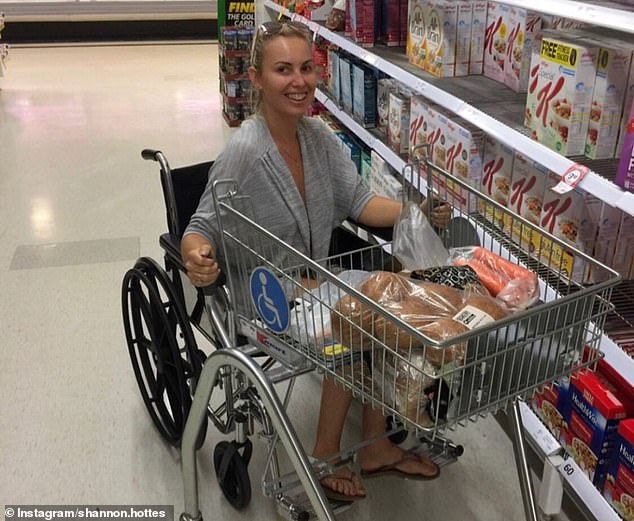 ‘I have been in silent agony with absolutely no explanation from any medical professional for why I am feeling so horrible, why I feel like I’m dying every day.’

The volunteer wildlife carer believes her breast implants are ‘slowly killing her’ and her only option is to get them removed.

She said she has experienced 31 symptoms associated with Breast Implant Illness, suffering from 17 of them on a daily basis. 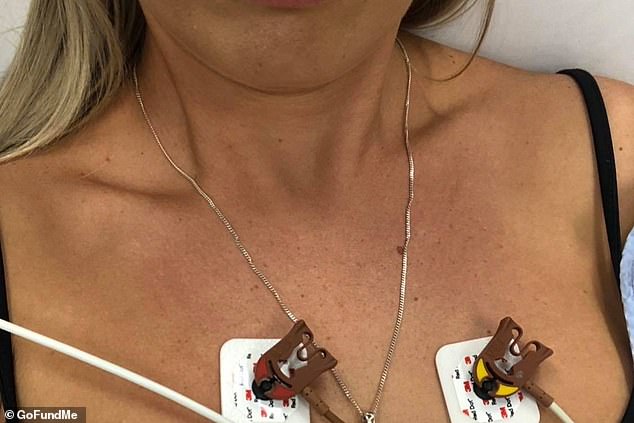 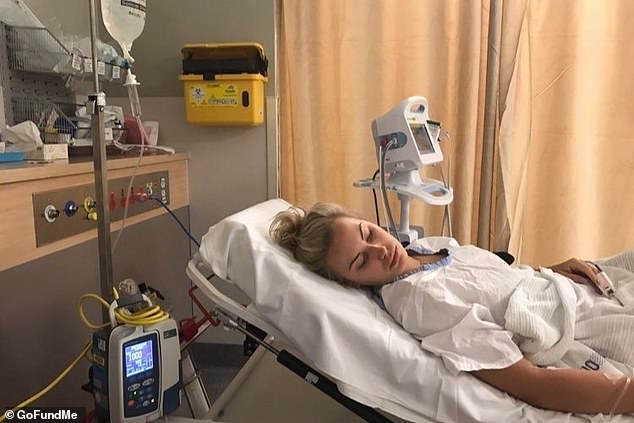 Ms Hottes said her unexplained illness got so bad she has been hospitalised four times since 2017 and visited six doctors.

‘I never wake up with energy, and what little energy I can muster is drained within two to three hours of light activity,’ she said.

‘Leaving the house is a challenge and by the time I’ve return home I’m so tired I spend the rest of the day on the couch.

‘Every little thing is exhausting and brings on pain in my arms and legs, headaches, nausea and more.’ 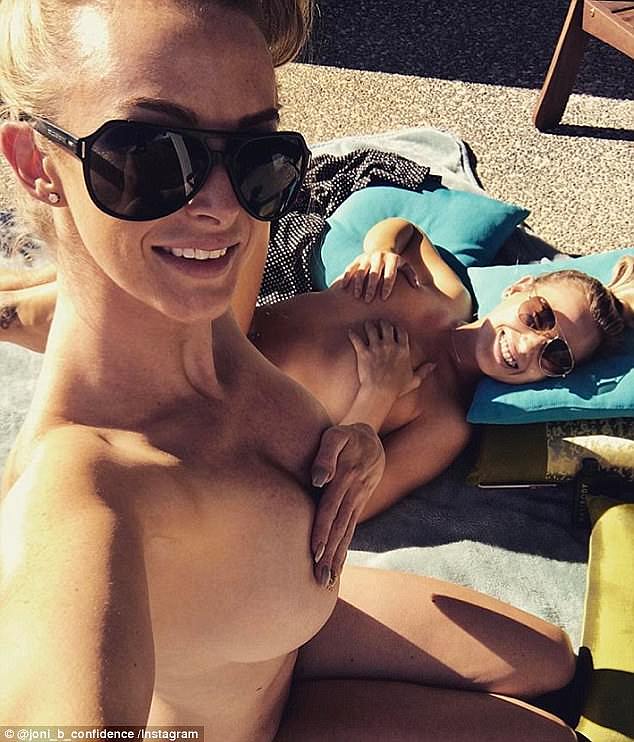 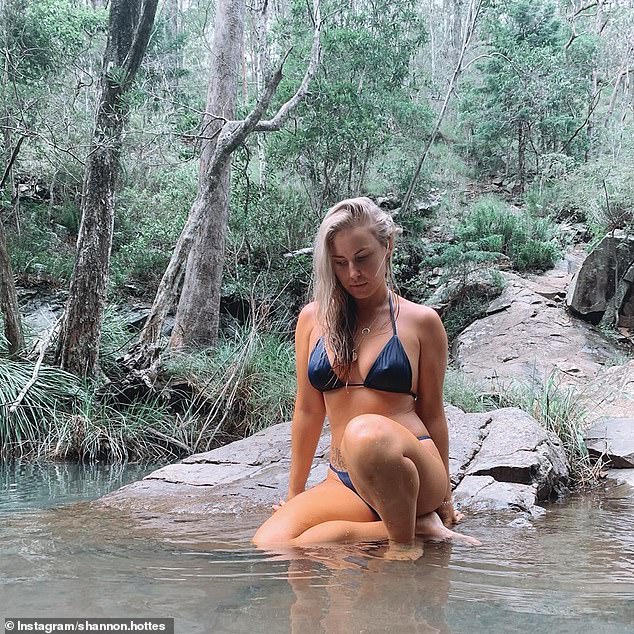 Ms Hottes said she has experienced 31 symptoms associated with Breast Implant Illness, suffering from 17 of them on a daily basis 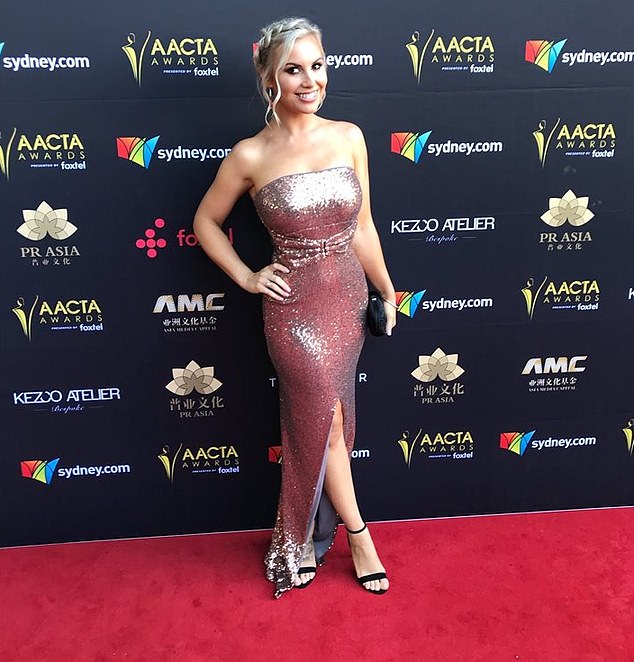 What is breast implant illness?

Breast implant illness (BII) is a term used by women who have breast implants and who self-identify and describe a variety of symptoms they feel are directly connected to their saline or silicone, textured or smooth breast implants.

However, there is no definitive epidemiological evidence to support a direct link between breast implants and any specific disease process.

Ms Hottes tried everything she could think of but nothing worked, until she realised from talking to other women that her breast implants could be the cause.

She now believes she has what has become known as Breast Implant Illness, a controversial concept not yet officially classified as a medical condition.

Thousands of women have decided to remove their breast implants after suffering similar unexplained symptoms.

Supermodel Chrissy Teigen, 34, last week announced she was having hers removed after having them installed when she was 20, but did not give a medical reason.

Earlier this month Ms Hottes had a new MRI of her brain that revealed inflammation in her head, mostly around her sinus mastoid.

‘This is more inflammatory issues adding onto my long list of symptoms I have that have no prognosis,’ she said.

‘I am now at my wits end with this and my quality of life is at an all time low.’

Ms Hottes said after this she decided to take a ‘leap of faith’ and get her implants removed in the hope it would end her torment.

Having not worked in more than two months due to the coronavirus pandemic she was short the $12,000 bill for the surgery, but managed to crowdfund $8,000.

After a last-minute cancellation, her surgery was moved up by two weeks and she will go under the knife on Wednesday. 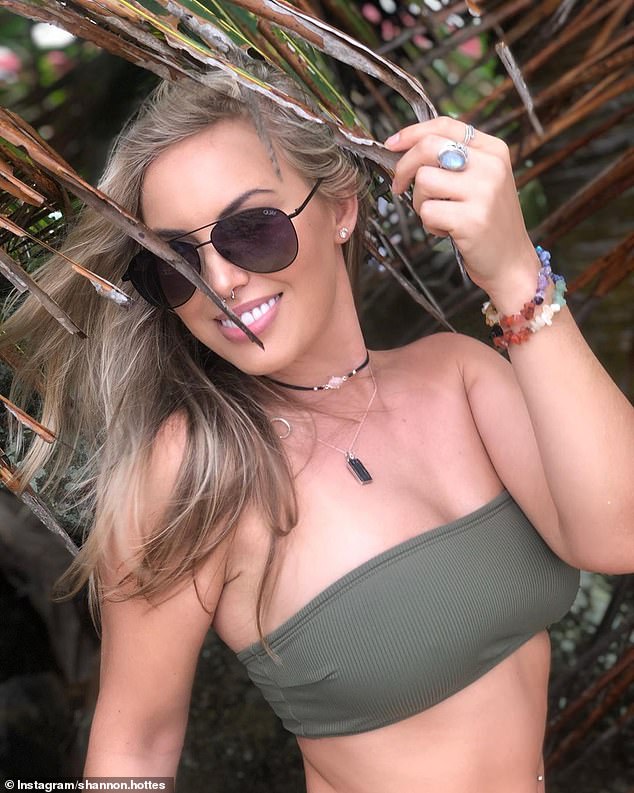 Having not worked in more than two months due to the coronavirus pandemic she was short the $12,000 bill for the surgery, but managed to crowdfund $8,000 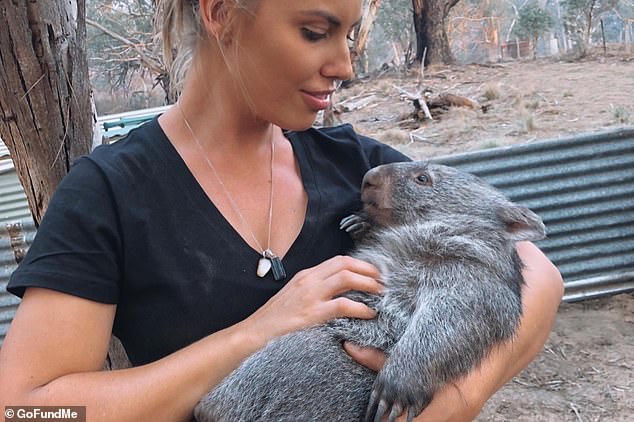 What should you do if you have the same symptoms?

‘A lack of a direct, proven scientific link does not mean that the symptoms experienced by these patients are not real,’ he told Daily Mail Australia.

‘Some patients have legitimate concerns about a potential link between breast implants and symptoms, so it deserves our attention and further scientific research to better determine what symptoms may improve with explanation of implants.

‘Do not ignore your symptoms or concerns. Your symptoms are real and whether or not they can or cannot be attributed to your implants isn’t relevant since there is simply no existing way to prove nor disprove causation or association.’

Dr Valente said women can seek further medical treatment such as a full clinical examination of the patient starting with clinical imaging of their implants like an ultrasound or MRI, to rule out any potential known implant complications.

‘Hopefully soon, with further research, we may be able to determine which patients may see symptom improvement or resolution with removal of their implants and which may not see any change, he said.

Dr Valente said they have seen almost 30 per cent increase in requests for breast implant removal in the past year, and dozens of weekly inquiries.