Model David Gandy has hit back at a feminist group whose members blasted a Marks & Spencer window display he appears in – because it featured ‘must-have fancy little knickers’.

The pants row broke out this week when women said the store had made men seem ‘more powerful’ than women in its Christmas window.

Members of the Facebook group Feminist Friends Nottingham were infuriated by the double display which features two sides – one for men and one for women.

Gandy responded by sharing an image of himself in underwear sold in Marks & Spencer, teasing: ‘If any men want any ‘must have fancy knickers’ for Christmas. Then I may know just where to shop.’ 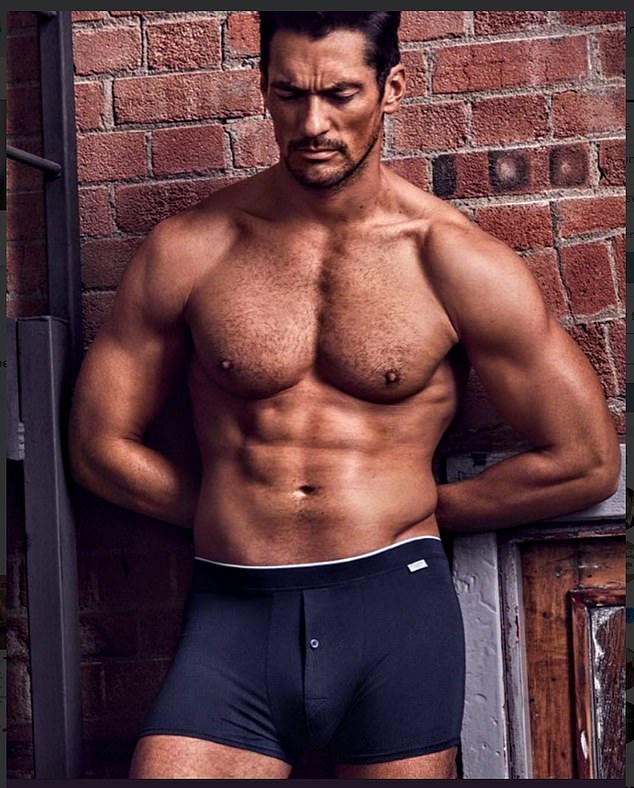 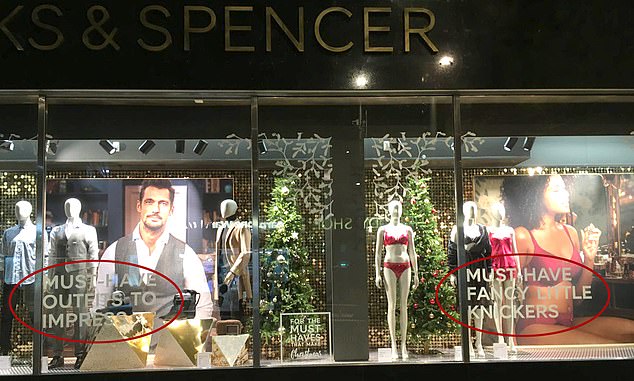 ‘Fancy little knickers’ row: Women were offended over the Marks and Spencer display which one member of the Feminist Friends Nottingham claimed was ‘vomit-inducing’

He added a link to the underwear on the site.

When a person said he had missed the point, Gandy said: ‘Not missing the point at all.

‘Just making fun of it, as many people are getting their knickers in a twist about it … ‘

He then added another picture of himself in washing up gloves.

‘I’m outraged that M&S had me wearing ‘must have fancy little washing up gloves’ to do the washing up!’ he said.

‘Have we not learnt anything over the last 35 years.

‘We all have dishwashers!’

The feminists in the Nottingham group called the display ‘grossly offensive’. 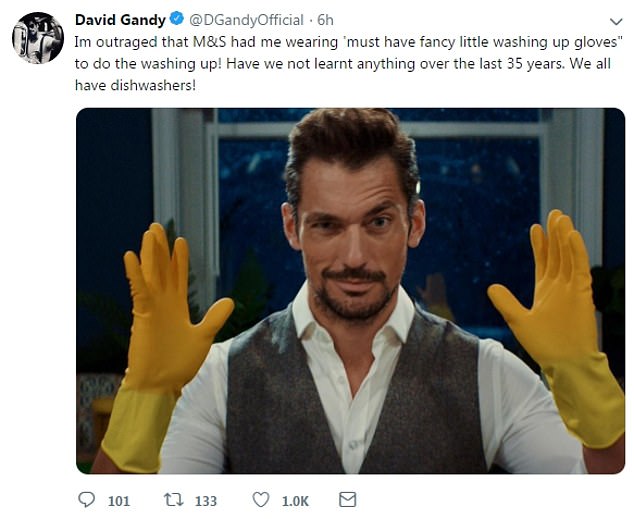 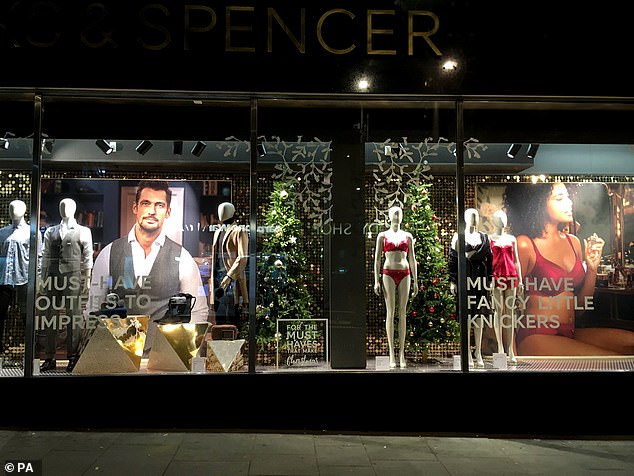 Shopper Fran Bailey posted a photo in the and said she objected to the ‘vomit-inducing’ display for both its ‘normalisation of damaging gender stereotypes through the juxtaposition of images of women apparently obsessed with ‘fancy little knickers’ with images of fully clothed men being ‘dressed to impress’ in suits’, and also the slogan ‘must-have’ when ‘huge numbers of Britons are struggling with poverty’.

‘We’ve highlighted one combination in our windows, which are part of a wider campaign that features a large variety of must-have Christmas moments, from David Gandy washing up in an M&S suit through to families snuggling up in our matching PJs.’