A couple with a 21-year age gap have shared the details of their relationship – revealing how friends and strangers alike call their coupling ‘creepy’ and tell them to ‘find people their own age’.

Kat Lyons Berg, 34, and Robrecht Berg, 55, live in Colorado, and have been together for three years.

The couple first met at a science fiction exhibition in 2019, where they immediately bonded over their shared love of cosplay.

Kat, an adult model and content creator, and Robrecht, who is a retired military man and a father-of-two, hit it off immediately with sparks flying on their first date, despite there being more than two decades between them.

They have now been married for seven months and although the pair are very happy, they have been met with criticism from people who don’t approve of their union – and have even Robrecht ‘creepy’ for marrying a woman who is so much younger than him. 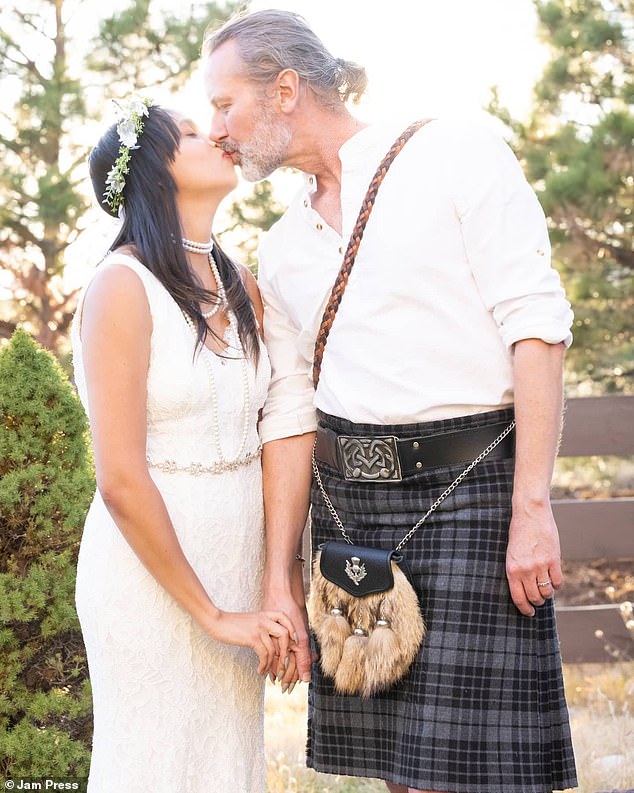 Kat Lyons Berg, from Colorado, met her husband Robrecht Berg, 55, in 2019 at a science fiction exhibition, where they bonded over their shared love of cosplay

‘We both didn’t feel odd about it in any way,’ Kat told Jam Press. ‘We are both open-minded people, but I do get a lot of questions about our relationship from people.’

In fact, when Kat and Robrecht first started dating, she admits that some of the most outspoken criticism came from within their own inner circles, with the model noting that her mother in particular was very upset about her daughter dating someone so much older.

‘Some of Robrecht’s female friends were skeptical – one of them even got mad that he was with me – but his family was extremely accepting.

‘My family not so much, my mom especially, I ended up moving out because I didn’t want to live in an awkward situation anymore.

‘But by the time I moved out my family and I were back on good terms.’

Some of Kat’s friends also questioned the couple’s relationship at first, however, once they realized the pair were the real deal, they have come to terms with the age gap.

Still, the couple continues to face with negative reactions from the public and online, where they are regularly met with furious backlash over their age-gap romance. 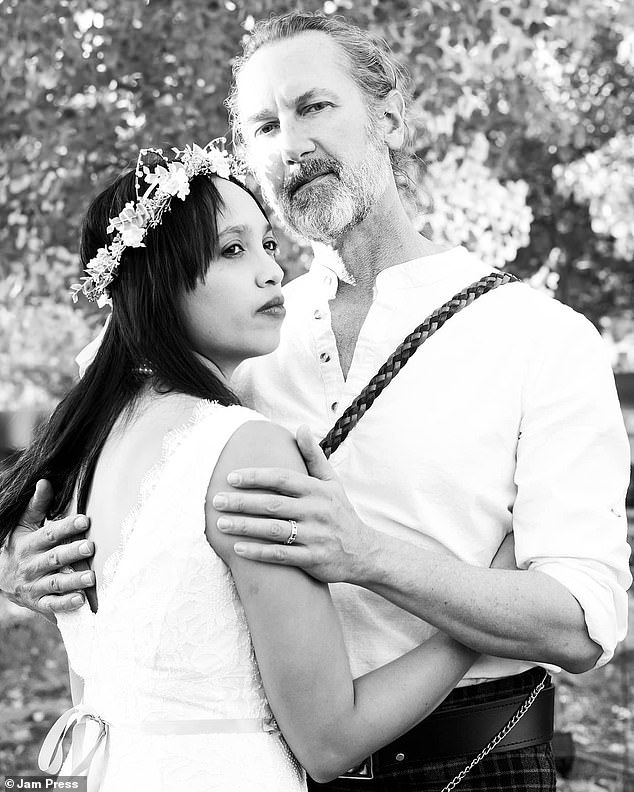 The newlyweds, who tied the knot seven months ago, admit that they faced furious backlash from Kat’s family when they first started dating – and also face criticism from strangers 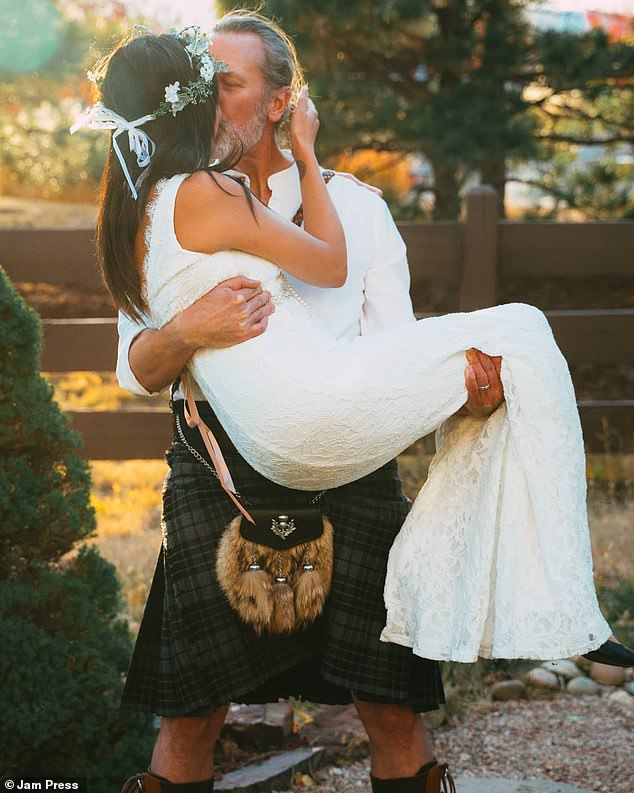 However, Kat insists that she sees nothing ‘odd’ in their age-gap romance – and even claims that sex is better with older men because they are more ‘tender’ and ‘adventurous’ 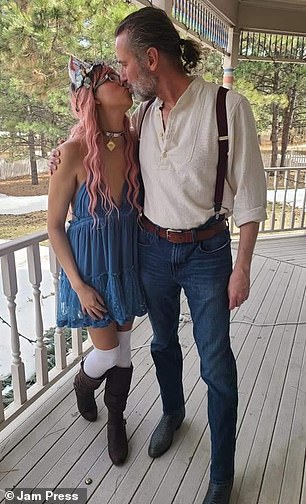 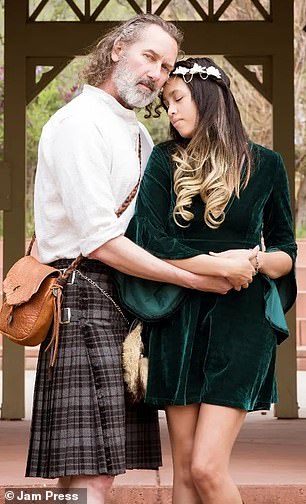 The model has previously admitted that she struggled to come to terms with Robrecht’s responsibilities as a full-time father, but says she has a wonderful relationship with his two kids

‘I notice it more than Rob does,’ she admitted. ‘The comments online are like, “Geez how old is that guy”, “He is creepy” or, “Why can’t he get someone his own age.”

‘One time he paid for me to get a pedicure and when he went to give me a kiss the lady was looking at us with such shock.

‘But I love the fact that he is older, I’ve always preferred older men.’

However, Kat has shared some advice on anyone going into a relationship with a larger age gap. 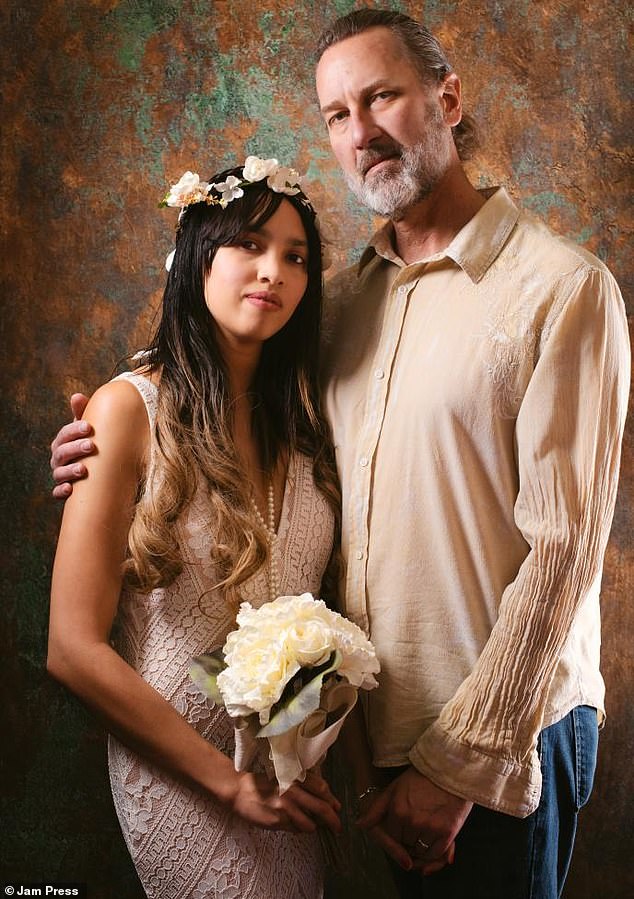 When Kat and Robrecht began dating, some of the harshest criticism they faced came from within their own inner circles 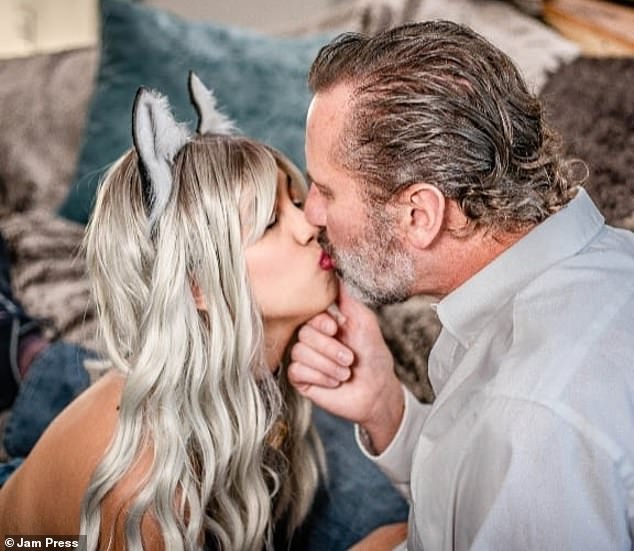 ‘My family [was not so accepting], my mom especially,’ Kat said. ‘I ended up moving out because I didn’t want to live in an awkward situation anymore’

She said: ‘If they’re older, you should consider their health, depending on that they might not be around for long.

‘You also have to have tough skin because people will make comment and even stare. But the bottom line is do what makes you happy.

‘If it’s an age gap relationship go for it, it’s your happiness.’

Although Kat and Robrecht are now happily married – and insist that they don’t see anything wrong with their age gap – they admit that they’ve still had to conquer their fair share of hurdles during the three years that they have been together.

Initially, Kat says she struggled to come to terms with Robrecht’s responsibilities as a full-time father to his younger child; the military veteran has a six-year-old and an 18-year-old from previous relationships, and has sole custody over the younger sibling.

‘Rob has two kids from previous marriages and with him having sole custody over his six-year-old, it does affect our ability to go and do things as a couple,’ she shared.

‘But I share an amazing love with both his six-year-old and 18-year-old so there are no issues there.’