TV presenter Ksenija Lukich has exposed an anti-vaxxer troll who falsely claimed she wouldn’t be able to have another child after getting the Covid-19 vaccine.

She shared the private message the troll sent her on Instagram, after posting a selfie showing off her arm with a Band-Aid over the injection site.

The former E! Australia host, 31, said she was ‘upset’ by the remark after having difficulty conceiving her first child, Mimi.

Cruel: Model and TV presenter Ksenija Lukich has exposed an anti-vaxxer troll who falsely claimed she wouldn’t be able to have another child after getting the Covid-19 vaccine

The ignorant anti-vaxxer had responded to Ksenija’s post with: ‘Good luck having a second baby.’

The model then outed the troll and wrote: ‘This kind of misinformation and fear mongering is the reason I posted about getting my vaccination.’

She said the comment bothered her because she and her husband, Dan Bragg, went through a difficult two years trying to conceive their daughter. 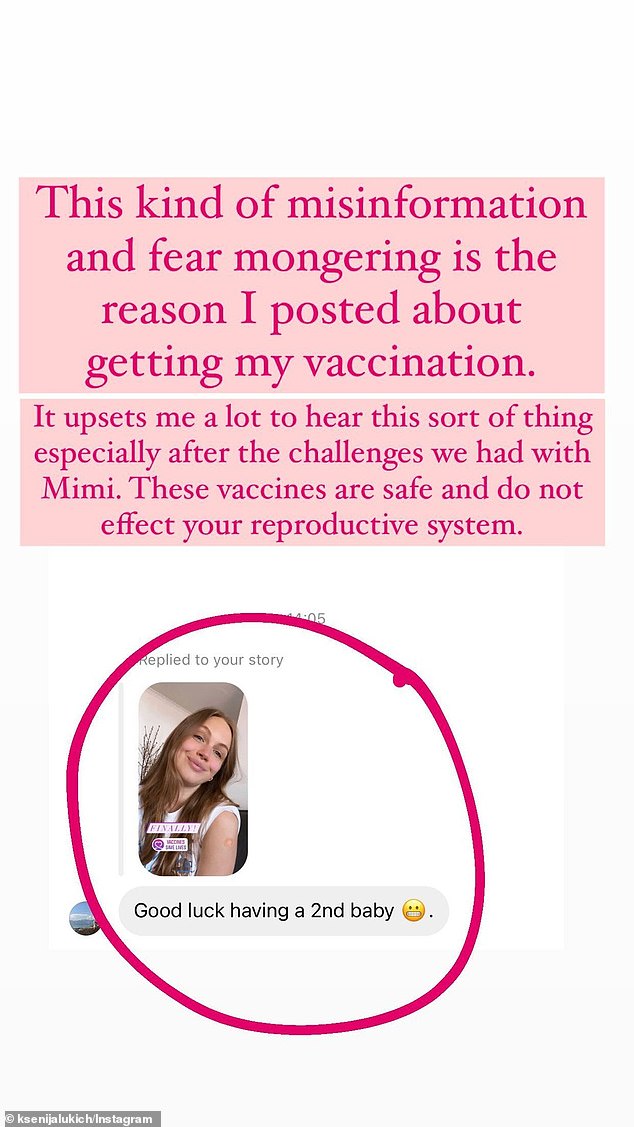 ‘Good luck having a second baby’: She shared the private message the troll sent her on Instagram, after posting a selfie showing off her arm with a Band-Aid over the injection site

‘These vaccines are safe and do not affect your reproductive system,’ she added.

Ksenija then thanked her ‘lovely’ followers and reported that ’95 per cent of the comments’ were positive.

The media personality explained she’d made the decision to get the jab to ‘protect myself, my family and my young daughter who can’t get vaccinated’. 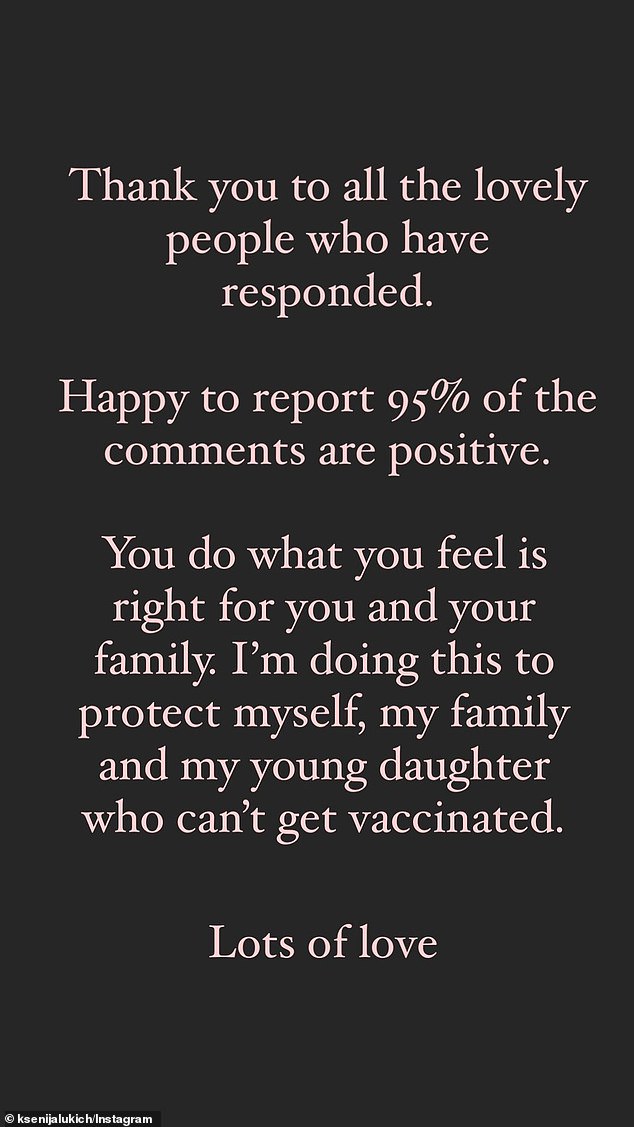 Trolling: Ksenija said the troll’s remark ‘upset’ her after a difficult two years trying to conceive her daughter. However, she reported that ’95 per cent of the comments’ were positive

She and Dan never received a proper explanation for why they were unable to conceive naturally.

Doctors instead put it down to ‘unexplained infertility’. 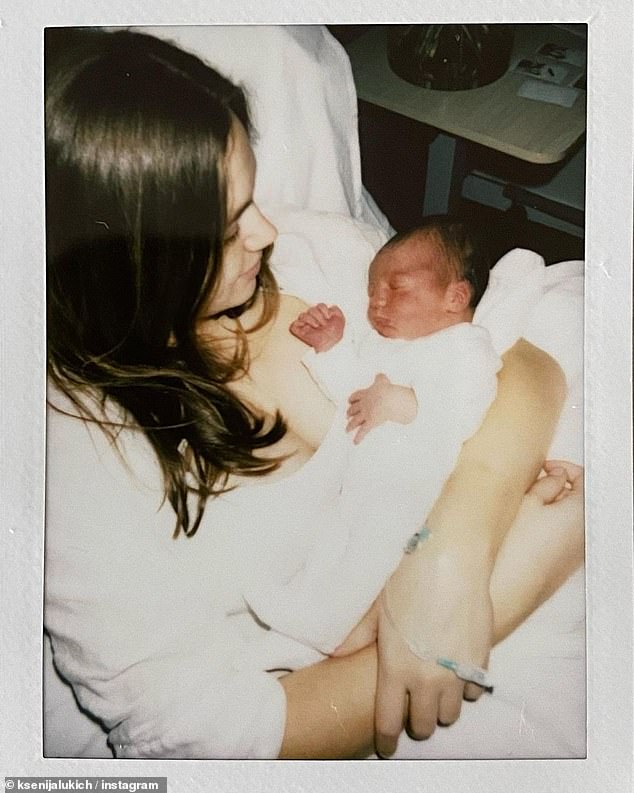 Baby joy: Ksenija gave birth to daughter Mimi in March, after undergoing IVF. She and husband Dan Bragg never received an explanation for why they were unable to conceive naturally

How effective is the AstraZeneca vaccine?

A U.S. trial done in March reportedly found that the AstraZeneca vaccine is 100 per cent effective at keeping people out of hospital and stopping them dying of the disease.

An extra trial of the vaccine in America found it was more effective than it was in the UK research – preventing 79 per cent of all symptomatic infections – and nobody got seriously ill.

The trial – which involved 32,000 people in total – also confirmed the vaccine doesn’t increase the risk of blood clots, which is a confidence boost after safety concerns in Europe.

The Pfizer vaccine is in short supply in Australia and is not yet available for many people under 40.

Younger Aussies can get the abundant AstraZeneca vaccine via their GPs because the government is prioritising Pfizer jabs for people aged 40 to 60.

On Monday, NSW Premier Gladys Berejiklian confirmed the state was in a race to reach six million vaccinations by the end of August, to allow easing of some of Sydney’s harsh lockdown restrictions.

‘We are tracking well to hit our six million target. We are now in our 40s, in terms of the percentage range, in terms of people with two doses in New South Wales, or at least one dose,’ the Premier said.

‘So we are sticking to our targets, and I am keen to get to 6 million jabs by the end of August, because that will provide us opportunities to consider what life looks like in September.

‘We are really keen, to really sprint. This is a race.’

On Friday, Ms Berejiklian announced that 70 per cent of the NSW population should be vaccinated by the end of October.