Former Playboy model Christina Carlin-Kraft reportedly ‘had no recollection of what occurred’ after having a drink at a bar on the night her Pennsylvania home was burgled, just four days before she was found strangled to death.

The 36-year-old was strangled to death and statements she gave to Lower Merion law enforcement officers  in the days before when she filed the complaint for burglary, indicate she had a worryingly hazy memory, reports The Philadelphia Inquirer.

Kraft can recall getting a Lyft to Sofitel Hotel in Center City on August 17 but after ordering an espresso martini the rest of the evening was a blur. 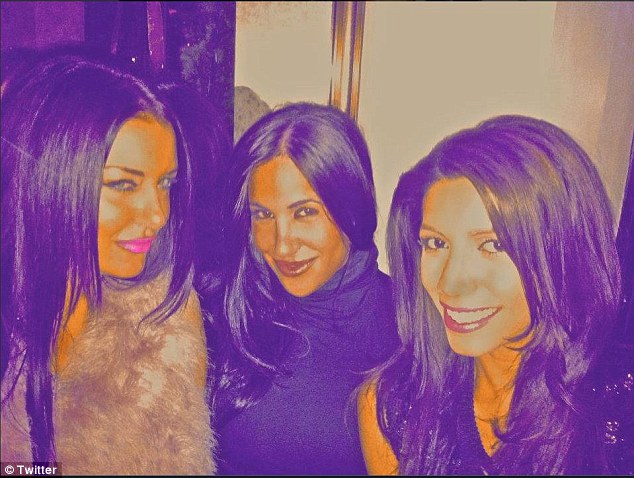 Statements Kraft (left) gave to Lower Merion law enforcement officers in the days before when she filed the complaint for burglary, indicate she had a worryingly hazy memory 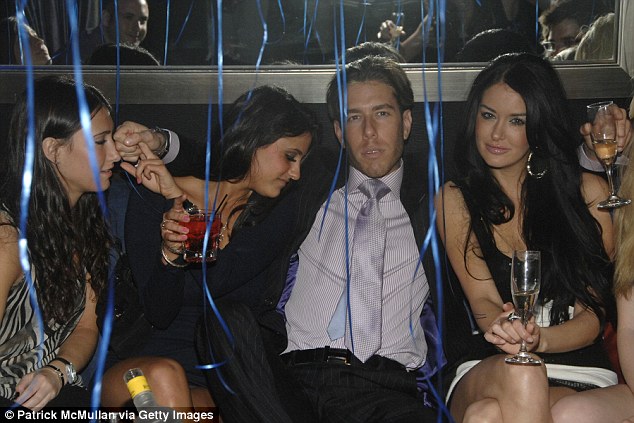 Kraft (right in 2010) can recall getting a Lyft to Sofitel Hotel in City Center on August 17 but after ordering an espresso martini the rest of the evening was a blur.

The model felt ‘extremely sick’ after waking up the following day in last night’s clothing but knew she ‘did not give anyone permission to enter her residence or permission to take her property’, according to the arrest warrant.

Surveillance footage from August 18 of her looking unsteady on her feet and being held up by a man as she returned home seem to corroborate the story.

Video also shows her falling but being picked up and placed into the elevator to head to her second-floor apartment before the same man later leaves with a box which turned out to be her missing belongings.

After obtaining an arrest warrant, Andre Melton was later charged with criminal trespass, burglary, and receiving stolen property when Kraft’s designer accessories and jewelry were recovered on his property August 22.

A second man on camera is currently being sought and law enforcement managed to track down Melton after noticing her bank card had been used at a Glenolden, Delaware County Wawa store at 3am on August 19, before being linked to another transaction at a Royal Farms nearby after she was robbed.

According to a ‘trusted law enforcement source’ analysis of the video seems to identify Melton as present at the Royal Farms location.

A man and a woman at his home in Southwest Philadelphia were charged with narcotics possession in the same incident he was detained, however Montgomery County law enforcement are not treating the 31-year-old as a murder suspect.

In fact, they are not certain the crime is linked to her killing at all, it was revealed Tuesday. 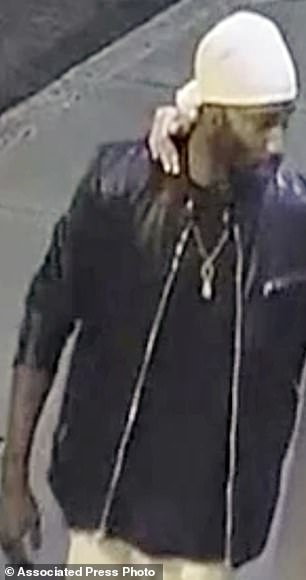 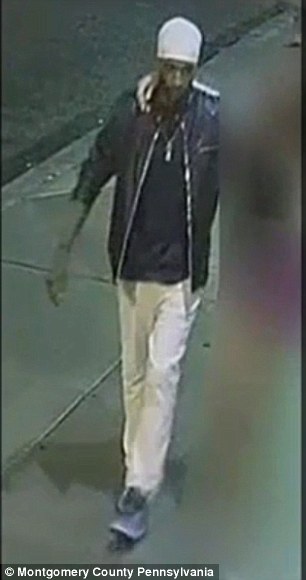 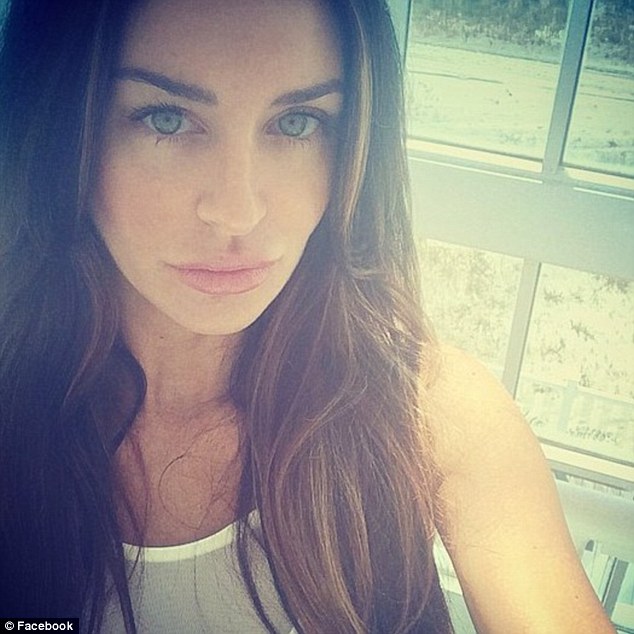 The model was found strangled to death in the bedroom of her apartment in the Philadelphia suburb of Ardmore, Pennsylvania

Instead, the hunt is on to locate the other male. She was captured on video entering her apartment with an unidentified man in the early hours morning on the day she was found lifeless, however nothing confirms him leaving.

It’s not known whether this man is the second male police are looking for from Royal Farms but according to reports, he may have escaped by jumping onto the balcony beside Kraft’s home.

Information on who instructed officers to pass by her week-lived in Ardmore condo at 9.15pm that night has not been released.

Authorities on Monday released video of the man they say had contact with Kraft in the area of Broad and Locust streets in Philadelphia the morning of her death.

Police say the unidentified man was captured on video at the entrance to the 15th and Market entrance to the SEPTA subway station and may have ordered the car used a ride-hailing service to get from Philadelphia to Ardmore.

The man in the video appears to be a black man with facial hair, wearing a white durag and a black leather jacket.

An autopsy report revealed the lingerie model died by ‘ligature strangulation.’ As of Monday, police had not made any arrests.

She was found dead in the bedroom of her ground-floor apartment in Ardmore, Pennsylvania on Wednesday at 9.15pm 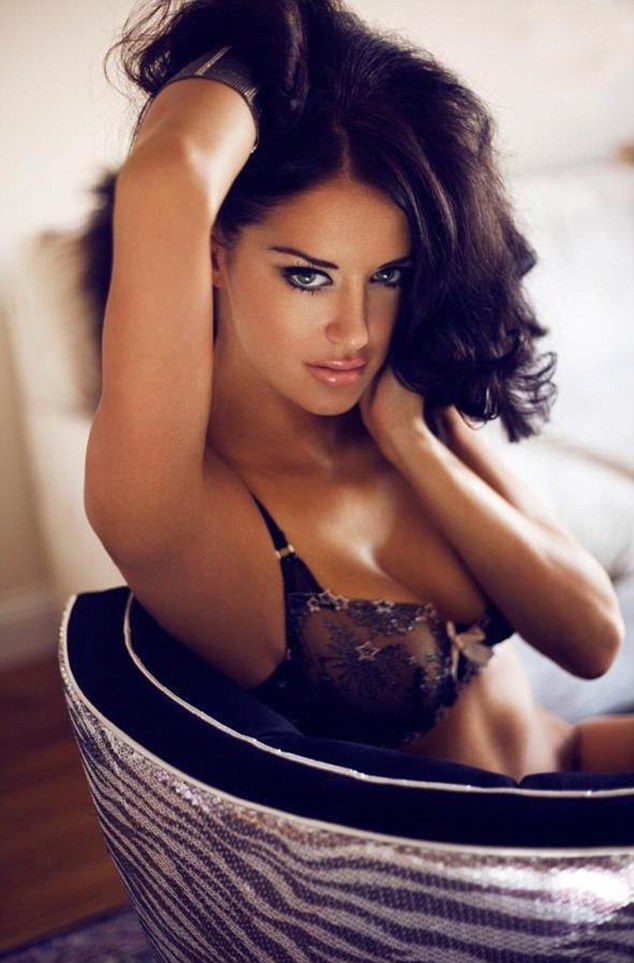 Police have not named any suspects in Kraft’s murder. Aside from her stint with Playboy, the model appeared in Maxim Magazine, Vanity Fair, Victoria’s Secret and Smashbox Cosmetics during her glamorous career

Her father Stuart Kraft, who lives in Linwood, New Jersey, said that she had gotten in touch via text to tell him about the break-in.

‘A few days before, somebody had broken into the apartment and stole all her jewelry,’ he said.

‘I didn’t speak to her after that. She texted me a little bit. She didn’t want to bother me with her troubles and how I wish she did.

Her father told DailyMail.com: ‘She was a happy-go-lucky lady, she loved life. She loved to be around people and she liked to enjoy herself with people and that’s what I think occurred. I think that somebody saw her happiness and took advantage of that.’

Prosecutors asked anyone who recognizes the man seen in the video to call Lower Merion police at 610-649-1000 or county detectives at 610-278-3368. Or submit tips through the STOPit app by using the code ‘MONTCOPA.’ 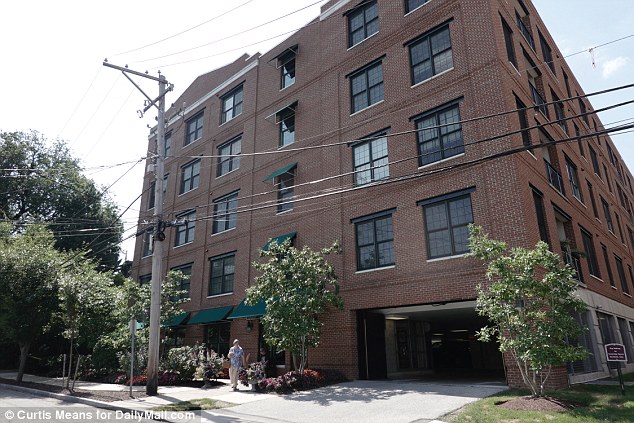