Lucciana Beynon has become one of Australia’s biggest modelling exports over the last 12 months.

And now the 20-year-old has flaunted her curves for UK lingerie brand Pour Moi.

The glamorous model, who is the daughter of wealthy Australian Travis ‘The Candyman’ Beynon, wore pieces from the India Loves x Pour Moi edit and Pour Moi’s Parisienne range.

The brunette beauty looked sensational as she posed up a storm in the racy campaign.

Lucciana is a favourite among swimwear brands, and even walked the runway at Miami Swim Week. 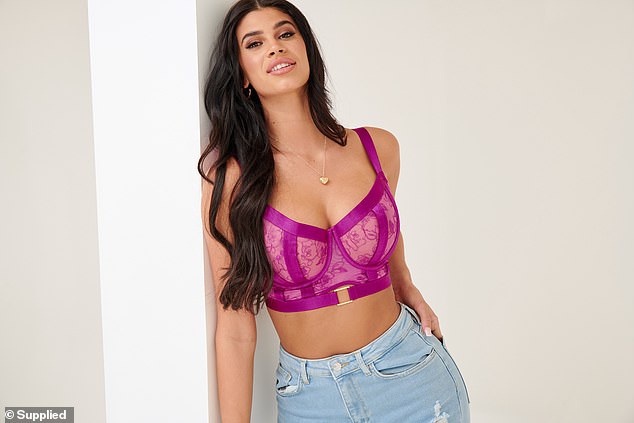 Stunning: The brunette beauty looked sensational as she posed up a storm in the campaign

She posted a photo on Instagram of herself kissing Wes on a balcony alongside the text ‘mi amour’, which translates to ‘my love’.

The couple later went for dinner at Aqua Shard, on level 31 of The Shard in London.

Lucciana looked spectacular in a leopard-print dress, opted for a glossy makeup palette and styled her raven hair loosely.

The genetically blessed couple are rarely seen on social media together, and prefer to keep things private. 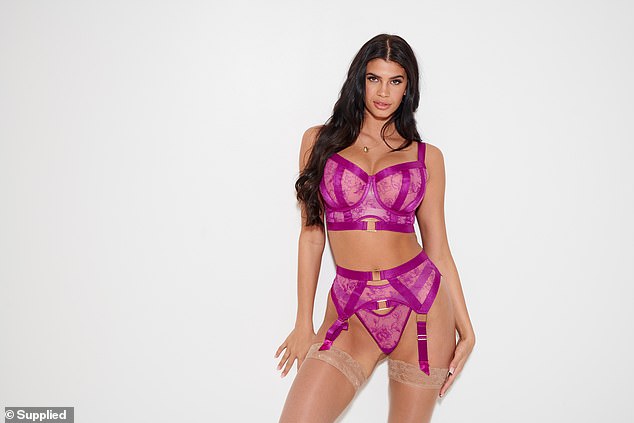 Despite only going ‘Instagram official’ recently, the pair have actually been an item since April last year.

‘Wes met Lucciana in Dubai and it wasn’t long before they started spending more time together,’ a source told MailOnline at the time.

‘Friends say they really get on and something may progress between them, especially as they continue to hang out together in London.

‘Lucciana supports Wes’ music career while she has ambitious plans with her modelling, they definitely inspire each other to do well.’

Lucciana’s father Travers ‘The Candyman’ Beynon made his millions in the tobacco business, but is also well-known for his playboy ways and hosting extravagant parties at his lavish 15-bedroom mansion on the Gold Coast. 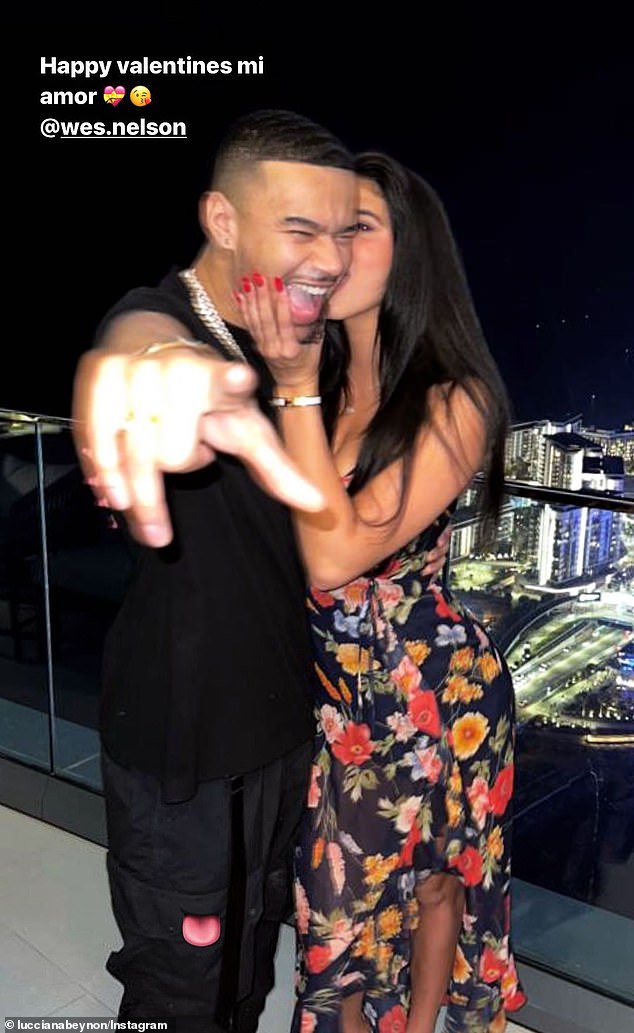