‘Once you see it, you can’t unsee’: Model, 35, causes a stir on social media after sharing a picture of himself that appears to reveal more than he bargained for

An Australian model who shared a picture of himself accidentally flashing more than he intended has caused a stir on social media.

Nick Youngquest, 35, uploaded a nude photograph to his Instagram page on Wednesday, May 22 with a Portuguese flag emoji strategically placed over his manhood.

The image showed the former rugby league player-turned model flaunting his ripped physique on the shores of a Portugal beach in Ericeira.

However, the post inadvertently made his followers do a double take, with fans quickly pointing out the X-rated ‘shadow’ appearing between his legs.

Yikes! Nick Youngquest uploaded a nude picture on his Instagram page after he strategically placed a Portuguese flag emoji over his manhood

Nick, who has a total of 89,000 followers on the social media app, captioned the image saying: ‘Amazing to announce a partnership with Tourism Portugal!⁣

⁣’Not really, just had no shorts after my surf today.⁣

‘All things aside, clearly I activated full blogger mode, but this coast is something special!⁣’ he added.

Since the image was shared, it has accumulated over 10,000 likes. Similarly, over 4,000 Instagram users have commented on the post.

Many raised concern over the shadow, asking Nick to confirm if he had realized it was visible in the photo before posting it.

Meanwhile, others said they thought the shadow on his leg was ‘fake’.

‘Hahaha brother! Was leaving the shadow a tactical play,’ one commented, along with an eggplant emoji.

Another said: ‘Once you see it, you can’t unsee…and I ain’t complaining.’

One said sarcastically: ‘Ahahaha yeah of course it’s a fake shadow,’ while another joked: ‘You can cast a shadow like that over my life if you like.’ 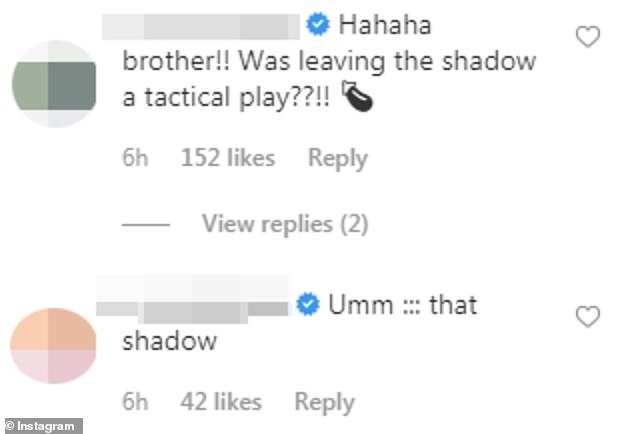 But his post inadvertently made everyone do a double take, with fans quickly pointing out the X-rated ‘shadow’ appearing between his legs 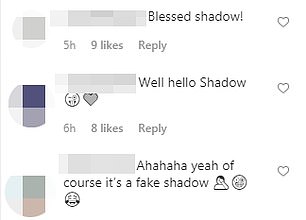 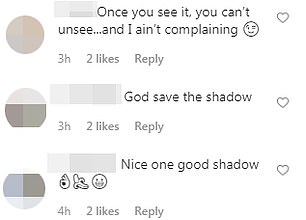 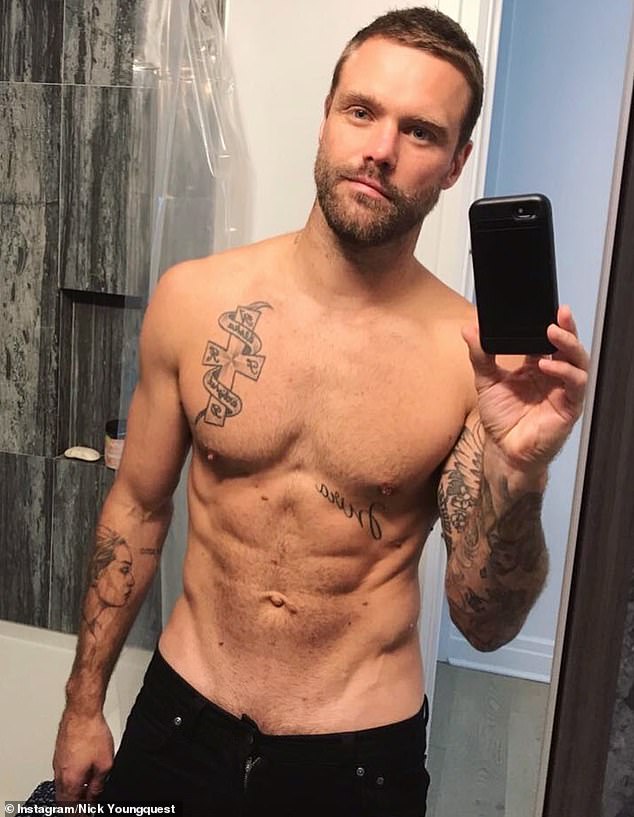 Woah: The former rugby league player turned model was pictured flaunting his ripped physique along the shores of a Portugal beach in Ericeira

A different user said the image left ‘very little to the imagination,’ while another admitted they were ‘zooming in’ on the shadow.

Although Nick’s photo has caused gained him a lot of attention, it isn’t the first time the 35-year-old has turned heads for his appearance.

The model was the face of Paco Rabanne’s fragrance Invictus, featuring throughout the product’s campaign.

The six-foot-one model has also modeled for several other major designers including Calvin Klein and has appeared on several front-page magazine covers.

And despite his successful modelling career, Nick started out in sport.

His achievements include playing in the National Rugby League with the Perinth Panthers, and having success in the Super League as a member of the Castleford Tigers.

Speaking to 29Secrets in 2014, Nick said his transition from sports into modelling has been ‘unconventional’, as he said it isn’t a typical route sports stars go down.

‘It’s not often that guys finish sports and go into modelling,’ he said.