Her family praised her as a ‘wonderful woman and an inspiration to us all’ in a statement which confirmed her ‘sudden death’ yesterday.

In August it was revealed Miss Tennant had separated from her husband David Lasnet after 21 years of marriage earlier this year.

Her family said: ‘It is with great sadness we announce the sudden death of Stella Tennant on December 22, 2020. Stella was a wonderful woman and an inspiration to us all.

‘She will be greatly missed. Her family ask for their privacy to be respected.  Arrangements for a memorial service will be announced at a later date.’

Miss Tennant met Mr Lasnet while at the height of her fame, when he was a French photographer assigned to a New York shoot with her.

After a high-profile society wedding, they lived together near her parents’ sprawling 16th century estate in the Scottish Borders.

Mr Lasnet became an osteopath, and the couple went on to have four children, now aged between 15 and 22. 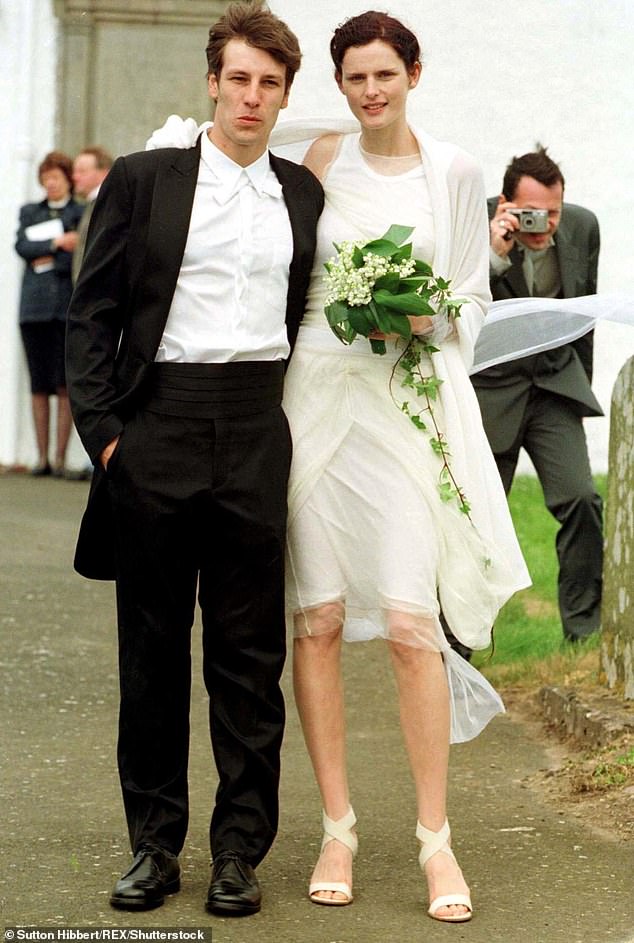 Miss Tennant was the granddaughter of Andrew Cavendish, the 11th Duke of Devonshire and Deborah Mitford, one of the well-known aristocratic siblings.

The couple owned a property empire that includes a luxury mews house in Edinburgh and a stately home near her father’s estate.

Miss Tennant was known for her androgynous looks during her 1990s modelling heyday.

Her first shoot made the cover of British Vogue in 1993, and at the end of that day’s work she was asked to do a Versace campaign in Paris, which ended up as the cover of the Italian edition.