Her elfin looks have earned her a string of soubriquets over the years, among them ‘world’s first supermodel’ and ‘the face of 1966’.

But today Twiggy, 69, receives an official title as she becomes a dame in the Queen’s New Year Honours List for her services to fashion, the arts and charity.

Speaking about the award, she said it had been ‘purgatory’ keeping it a secret since she was told about it three-and-a-half weeks ago.

She described how she and her second husband Leigh Lawson, the actor, writer and director, had been reduced to giggles by the news. 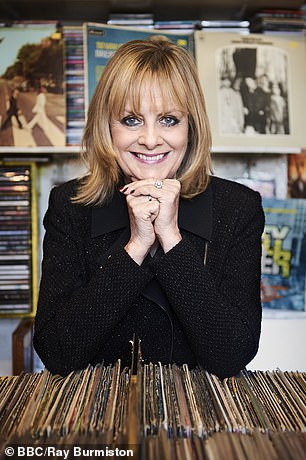 Twiggy, pictured left in 1966 and right in 2016, becomes a dame in the Queen’s New Year Honours List for her services to fashion, the arts and charity

Among the myriad characters Michael Palin played as a member of Monty Python, the leader of the Knights Who Say Ni surely ranks as one of the silliest.

Now the 75-year-old comedian is a real-life, and far more serious, knight of a very different kind – as he today becomes a Knight Commander of St Michael and St George. 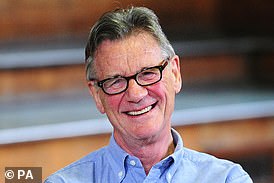 Actor and comedian Michael Palin, pictured in 2014, is honoured in the New Year’s list

The award, included among 93 announced by the Foreign Office in the Diplomatic Service and Overseas New Year Honours List, is for his services to travel, culture and geography following his successful second career as a travel writer and television presenter. It also gives Palin the distinction of becoming the first member of Monty Python to receive a knighthood.

Palin in 1975 film Monty Python and the Holy Grail

Palin’s travel shows have taken him around the world in 80 days, and to spots including both Poles, the Himalayas, the Sahara, Brazil and North Korea.

He said he was grateful to have been able to travel extensively – and added that seeing the world made him realise the UK should not ‘hide away’ from its role on the global stage.

To mark his knighthood he said he may ‘just have a quiet celebration, just myself and a glass of Horlicks and then go to bed’.

‘When we wake up every morning we turn to each other… and we just giggle,’ she said. ‘It’s a very nice, warm feeling and obviously I am very honoured.’

Born Lesley Hornby in Neasden, north-west London – and now Lesley Lawson – Twiggy first rose to fame aged 16 as a model in the Sixties. She then turned to acting and went on to launch a music career, gaining a foothold in the entertainment world in Ken Russell’s 1971 film The Boy Friend.

In recent years she has returned to modelling, appearing in adverts for Marks and Spencer. She is a long-standing campaigner for animal welfare, Vision Aid Overseas, and in support of breast cancer research and numerous children’s charities.

She said: ‘I’m a very proud Brit. I feel I’m an ambassador for Britain – I always have – because I think it’s the best country in the world. I travel the world all the time and I’m known throughout the world and, you know, being British is one of my things.’

Her only disappointment was that her parents Norman and Nell did not live to see her get the award. ‘They’d have been so proud,’ she said. ‘But hopefully they are looking down and they know.’

Springwatch presenter Chris Packham, 57, is awarded a CBE for services to nature conservation. He described it as a thank you from the animals he has helped save from suffering.

The vice-president of the RSPB and the RSPCA said: ‘In an age where illegal fox hunting, the persecution of birds of prey and the unscientific, uneconomic and inhumane culling of badgers continue, our wildlife needs a voice to shout above the noise.’

Best-selling author Philip Pullman, 72, creator of the His Dark Materials trilogy, receives a knighthood for services to literature. He said: ‘I was very surprised and honoured to be offered a knighthood. I believe the profession of letters should be recognised as having a proper place in the life of the nation.’

Actor Jim Carter, 70, who played butler Mr Carson in Downton Abbey, receives an OBE for his services to drama. 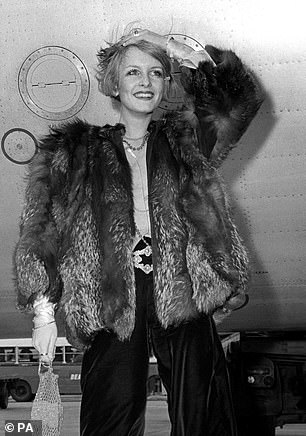 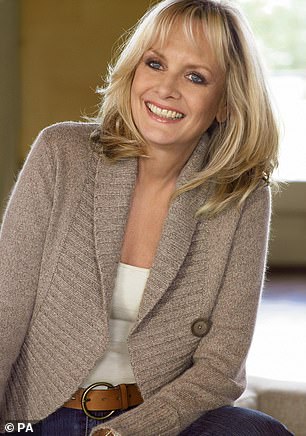 Twiggy, pictured in October 1967, said it had been ‘purgatory’ keeping it a secret since she was told about it three-and-a-half weeks ago. Right: Twiggy in a 2005 M&S campaign

Children’s author Julia Donaldson, 70, whose works include The Gruffalo and Stick Man, receives an upgrade from MBE to CBE. Film maker Christopher Nolan, 48, whose work includes the Dark Knight trilogy as well as Dunkirk, receives a CBE.

Actress Thandie Newton, 46, who starred in the highly praised BBC series Line of Duty, receives an OBE for services to film and to charity. Scottish classical violinist Nicola Benedetti, 31, receives a CBE for services to music, as does Pink Floyd drummer Nick Mason, 74.

Choreographer Anthony Van Laast, 67, known for his work on musicals including Mamma Mia!, gets an upgrade from MBE to CBE. Actress Sophie Okonedo, 50, who starred in Hotel Rwanda, goes from an OBE to a CBE.

In the world of sport, the England football team captain Harry Kane, 25, and manager Gareth Southgate, 48, receive an MBE and OBE respectively. Both were prominent figures in the squad’s nail-biting World Cup campaign. 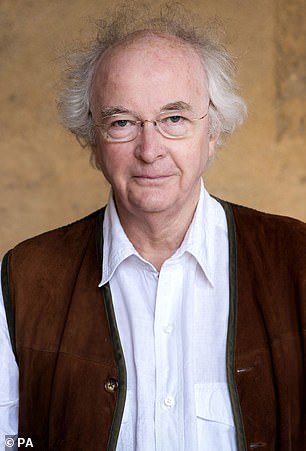 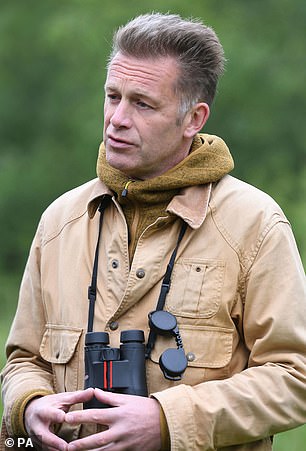 Philip Pullman (left), creator of the His Dark Materials trilogy, receives a knighthood for services to literature while Springwatch presenter Chris Packham (right) is awarded a CBE