It was here in Southampton that Moeen Ali showed he really could fill the huge shoes vacated by Graeme Swann by bowling England to victory against India. Four years on and he has given himself a chance of repeating the trick.

The traditional tables have certainly been turned in this compelling fourth Test. First India’s seamers demolished England and on Friday an English spinner in the form of Moeen sparked an India collapse just as dramatic.

It leaves the match and the series on a knife-edge with India, after rallying to be bowled out for 273, earning a potentially priceless first innings lead of 27, but facing the prospect of batting last on an Ageas Bowl pitch already taking spin. 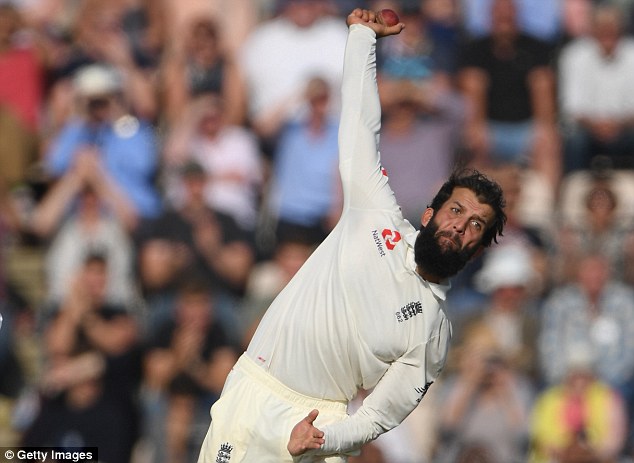 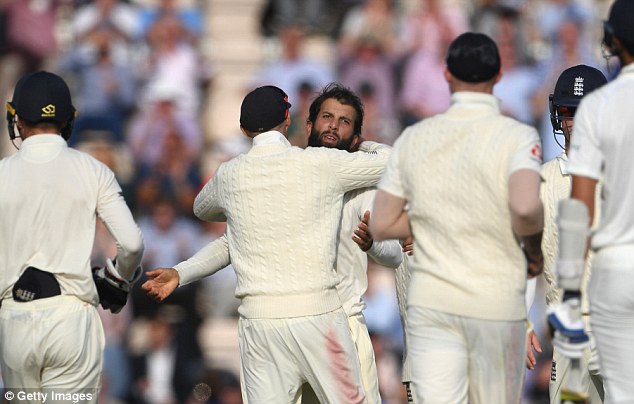 That turn was exploited emphatically with a five-wicket haul by Moeen, who remains the most reluctant of front-line spinners all those years after stepping out of Swann’s shadow in the last Test here.

Only Cheteshwar Pujara, a throwback in these turbo-charged days, stood between England and an unlikely lead with his first Test century in this country earned by good old-fashioned application and discipline.

It helps Moeen, of course, that he is only playing because England were not convinced Ben Stokes could fulfil his all-round role and was slipped in as a sixth bowler with Adil Rashid expected to bear the brunt of the spinning load.

That suits Moeen just fine and now, after helping Sam Curran rescue England with the bat on the first day, he made a significant intervention just as India were poised to take this pivotal Test away from their hosts.

When India stood at 142 for two in reply to England’s 246 it looked certain they would go on to win this game and take this excellent advertisement for the enduring appeal of Test cricket to a series decider next week at the Oval.

Then the Test took an unexpected twist when Curran – who else? – forced a loose shot from the bat of Virat Kohli that sparked a clatter of wickets just as spectacular as even England’s top order have managed in recent times. 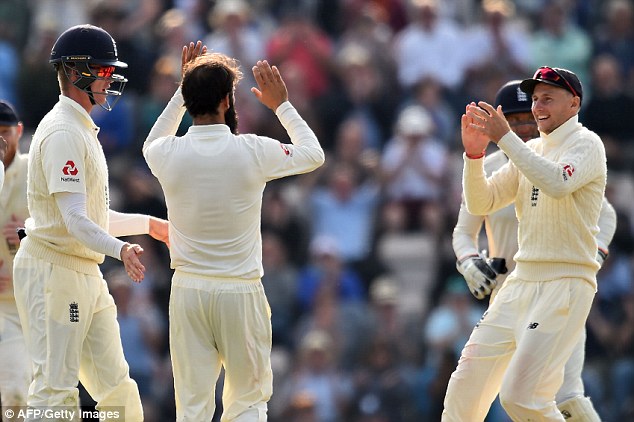 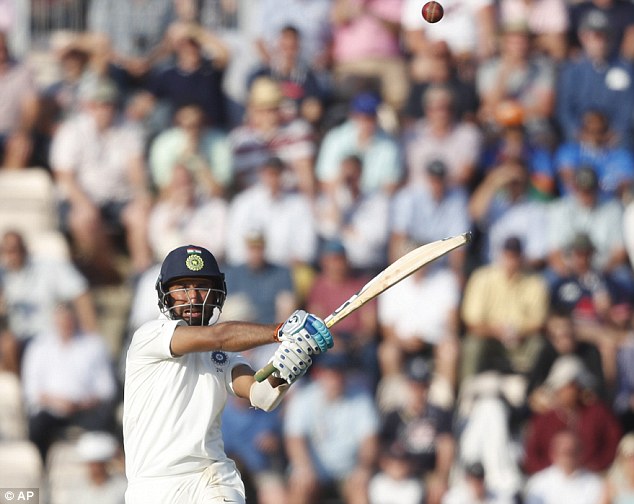 Next to go was Ajinkya Rahane when Joe Root, enjoying a good day in the field, introduced the man who has troubled him more than most this series in Stokes even though he could bowl at barely three-quarter pace.

It was enough as Stokes trapped him with a boomerang inswinger to claim a wicket that was only just allowed to stand as it was perilously close to a no-ball. TV official Joel Wilson rightly felt a fraction of Stokes heel was behind the line.

Enter Moeen to firstly end the misery of Rishabh Pant, who went scoreless for 29 balls, on the stroke of tea and then lift England to the ascendancy for the first time in the match with four more wickets after the break.

At one stage Moeen was set for his second Test hat-trick in two years after bowling Ravichandran Ashwin, bizarrely attempting a reverse sweep, and Mohammed Shami, beaten all ends up, in consecutive balls. 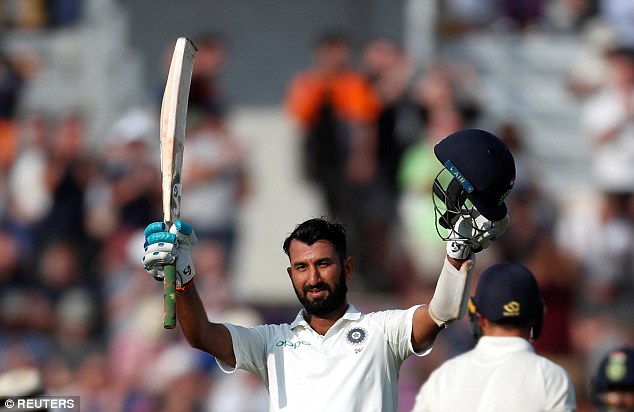 Ishant Sharma may have stopped Moeen making history as only the fifth bowler to claim two Test hat-tricks but this was superb from a man who has been in the form of his life with both bat and ball for Worcestershire.

What to make of Moeen. At home, as he showed last year with an outstanding summer that culminated with his hat-trick against South Africa at the Oval, he is a formidable all-round performer.

But away, especially when given the responsibility he is so reluctant to embrace, he is a shadow of the same player, as demonstrated by a nightmare Ashes last winter that led to his omission in the first place.

There will surely be a role for Moeen to play in Sri Lanka in October, even if it is still backing up Rashid or Jack Leach, but for now England can only hope he can sustain these superlative levels in the second innings here and at the Oval.

India would have been considerable trouble but for Pujara who, it should be remembered, was left out of the first Test at Edgbaston. Then he was said to have technical issues but he has looked just like his old self since his return. 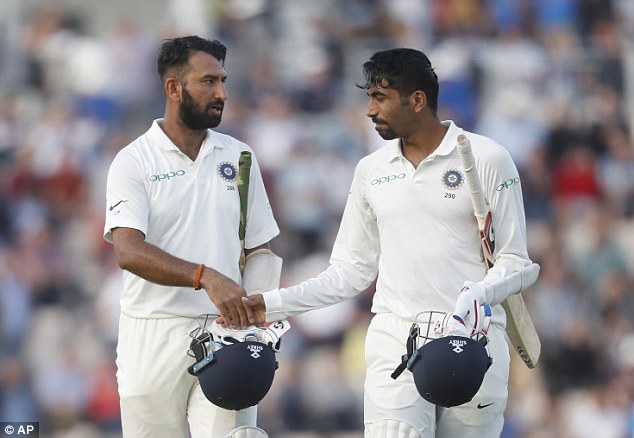 Pujara had offered a half-chance to Jos Buttler, who did not have the best of days behind the stumps, when he had made 50 and then spent seven minutes getting treatment after being struck on the head by Stokes.

But otherwise he was solidity personified and showed considerable skill in hogging the strike in a last wicket-stand of 46 with the unlikely figure of Jasprit Bumrah, who is a throwback himself with his batting inadequacy.

It took the second new ball and Stuart Broad to finally end Bumrah’s resistance to leave Pujara unbeaten on 132 and give under pressure England openers Alastair Cook and Keaton Jennings an unwanted four overs to negotiate.

They just about got through it, with Jennings making sure he avoided a pair and living to fight another day in the innings that will determine his Test future. India’s lead was reduced by six runs and this could become a classic to end, at least for now, the short history of Test cricket in Southampton. It really could go either way now.