Scaredy cat! Moggy’s hilarious reaction when it turns to see a puma bounding towards it on the TV screen

The phrase scaredy cat is used on a daily basis.

But in this clip it is meant literally as a house cat flees when it sees a puma bounding towards it on a television screen.

The cute kitten was happily licking its paws on a laminated floor in what appears to be a living room.

But as she looks up, she sees the giant puma running towards her in slow-motion. 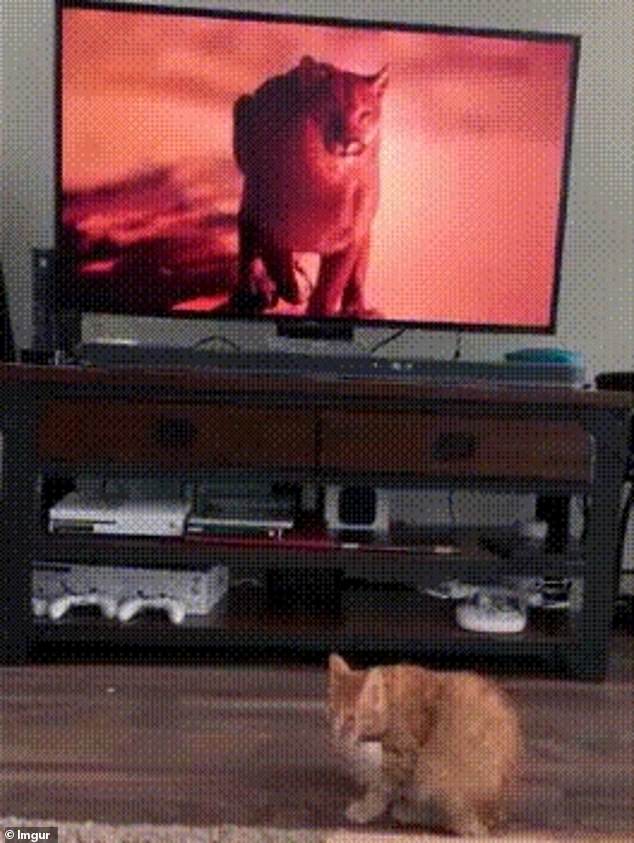 Going: The cute house cat sits licking its paws without realising what is on the television behind it

Yet what the tabby did not realise was that it was only on a monitor – and would chased her a lot faster in reality.

It is not known where the footage was taken, but it is unlikely the two animals were near one another.

Pumas, also known as cougars and mountain lions, are found in Central and South America but tend to live in isolated areas. 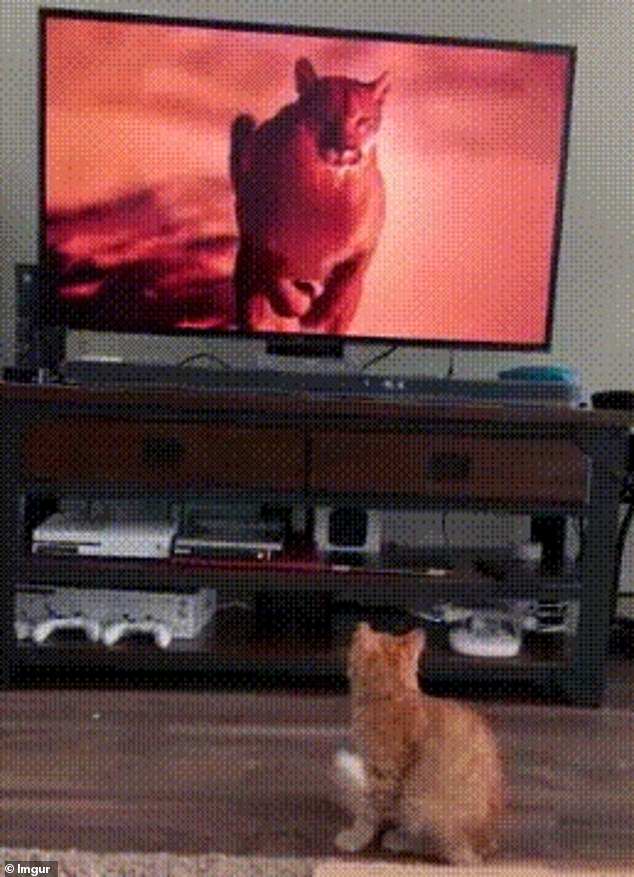 Going: The cat looks up at the screen and sees the massive puma bounding towards ti in slow-motion

This is mostly away from house cats who have the comfort of a cat flap and a litter tray to go home to each night.

Cats and dogs can both see things on television screens – but process the images differently due to their eyes’ cone shapes. 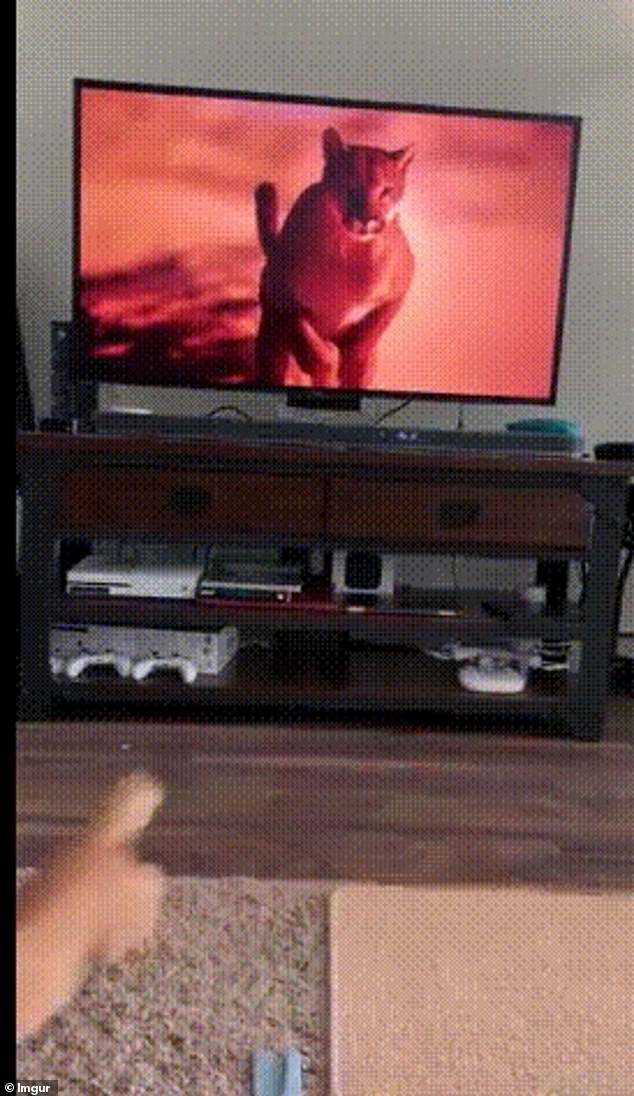 Gone: The sight of the big cat is too much for the house kitten, who flees and does not return in the clip

A study exposed shelter cats to televisions and found some without access to windows could benefit from watching the monitors.

The animals were shown a number of images of birds, rodents and fish.

From this, Dr Orlando said the cats watching television might have a higher ‘prey drive’ and are more likely to be attracted to the quick movements of objects across the screen’.

She added that it might just suit a cat who is bored to watch programmes.

But she told Vet Street: ‘Be sure that you have plenty of toys and window perches for your cat to choose from.’