Liverpool fans have jumped to the defence of Mohamed Salah after a clip emerged online of the striker appearing frustrated following Roberto Firmino’s late winner against Paris Saint-Germain.

BT Sport pictures caught the scenes in the Liverpool dugout after the Brazilian popped up late on to fire the Reds into a 3-2 lead, with Jurgen Klopp celebrating in typically exuberant style.

However, behind him, Salah could be seen sat by himself on the bench, throwing a bottle to the ground, an action that tends to stem from anger. 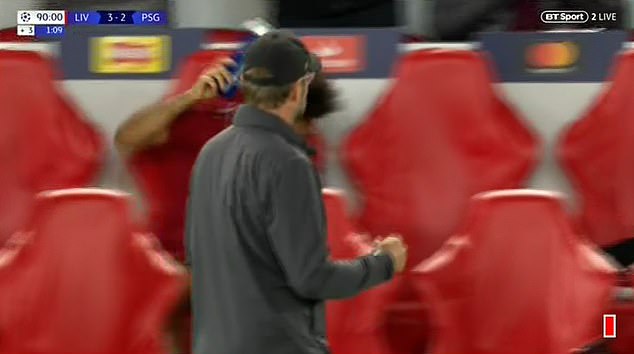 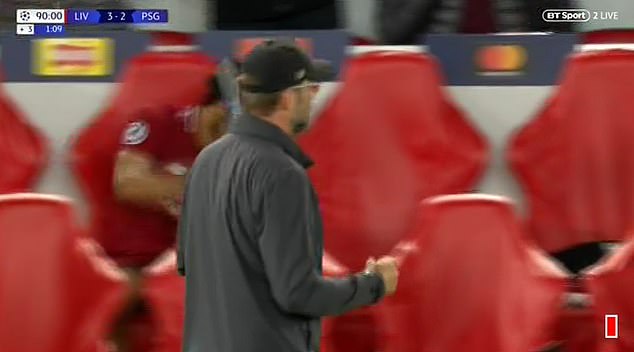 The striker had endured a tough night against the Ligue 1 side, losing the ball on a couple of occasions in promising positions, before seeing a goal ruled out for a foul by Daniel Sturridge on PSG goalkeeper Alphonse Areola.

However, Pundits Rio Ferdinand and Michael Owe, when asked about the incident, played down any chances of ill-feeling between Salah and his team-mate.

‘I hope (he is celebrating),’ said the former Manchester United defender. ‘The bond they have on the pitch at the moment, I think Salah is celebrating in his own way. His hands are up at the beginning of that.’

Owen simply added: ‘I think he is happy.’ 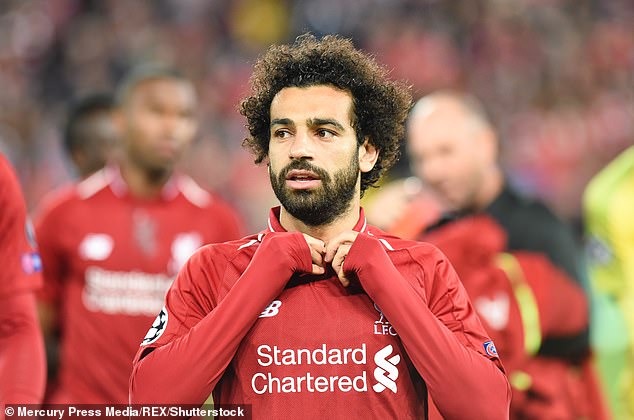 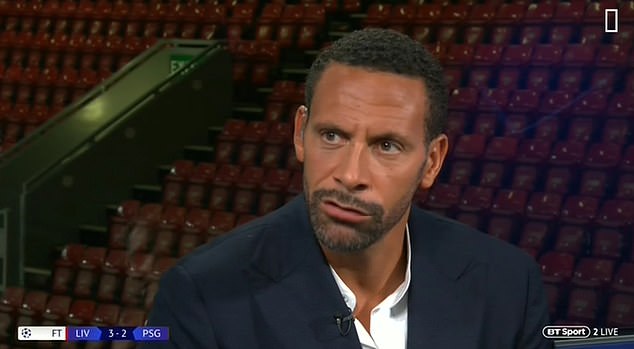 Fans were quick to point to a clip seconds earlier which showed the player with his arms aloft, proving there was no doubt he was pleased to see the last-gasp winner.

Firmino’s goal ensured Liverpool got their Champions League campaign off to the perfect start.

They had looked set to throw away all three points having squandered a two-goal lead.

Daniel Sturridge and James Milner had given the hosts an advantage, before Thomas Meunier and Kylian Mbappe struck back for Thomas Tuchel’s side.