Mohamed Salah leads the jokes in Liverpool training ahead of Fulham

Jurgen Klopp’s Liverpool have made sure to prevent midweek defeat by Red Star Belgrade dampening their spirits ahead of a Premier League return.

The Reds will resume domestic action on Sunday when they welcome newly promoted Fulham to Anfield.

Klopp’s side remain unbeaten in the league, and currently sit two points adrift of leaders Manchester City – who face the difficult task of locking horns with neighbours and bitter rivals United.

Poised to strike? Mohamed Salah led the jokes as Liverpool returned to training this week 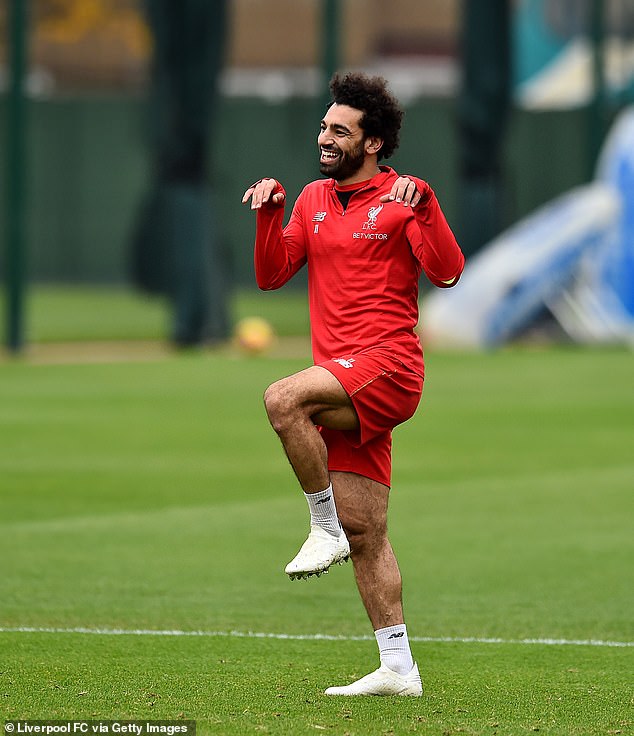 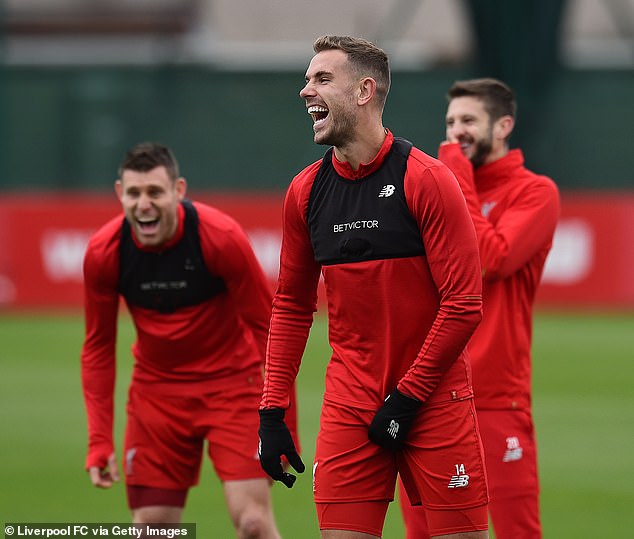 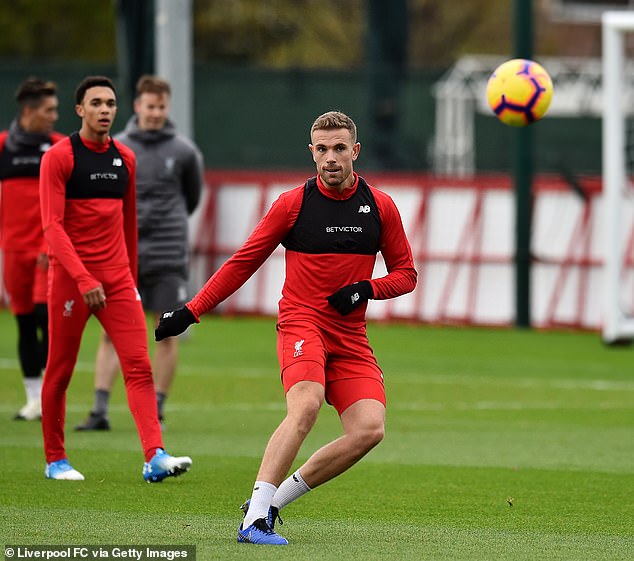 Taking to their Melwood training base on Thursday, the Reds were put through their paces by Klopp while seen laughing and joking around, with talisman Mohamed Salah at the centre of the camaraderie.

Watching on with his training staff Klopp could also be seen breaking into a smile as the players went about their work.

Morale was offered a boost with the return of captain Jordan Henderson and summer signing Naby Keita, who are both back in full training and expected to feature when the Cottagers visit Merseyside. 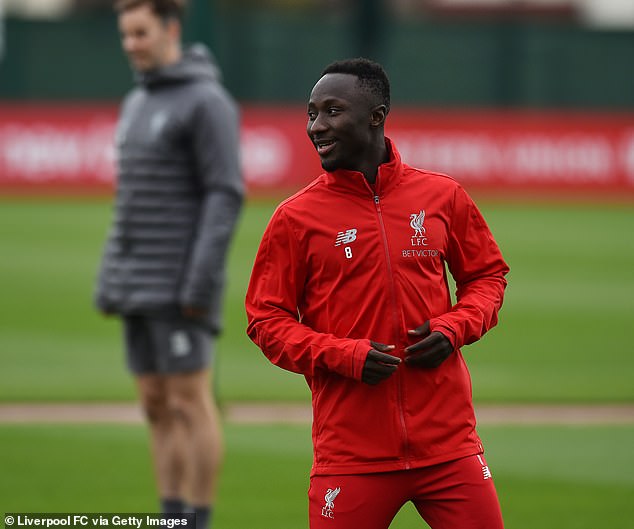 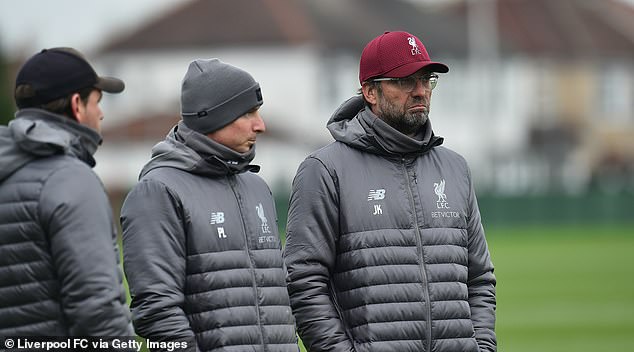 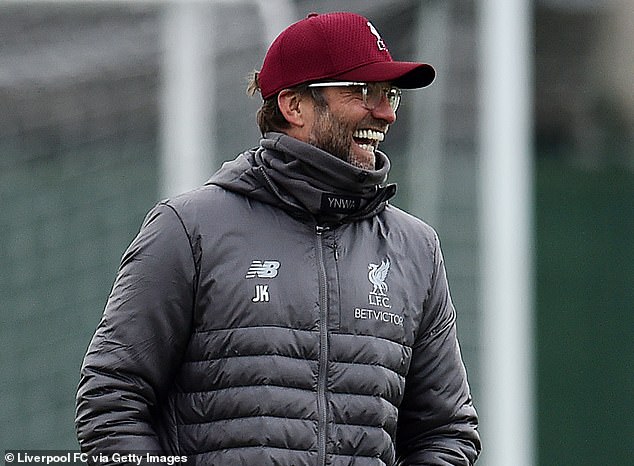 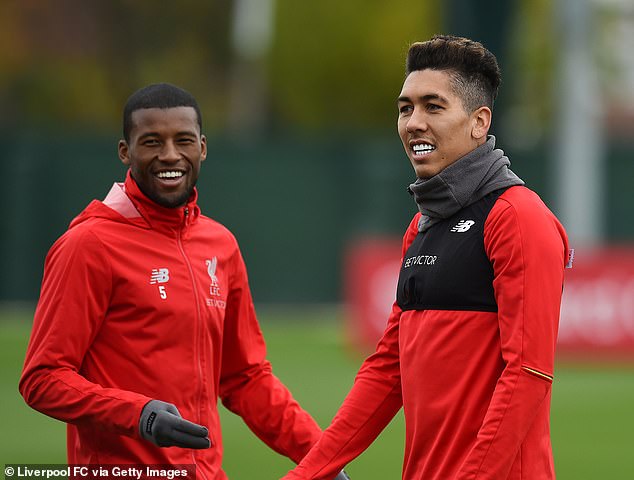 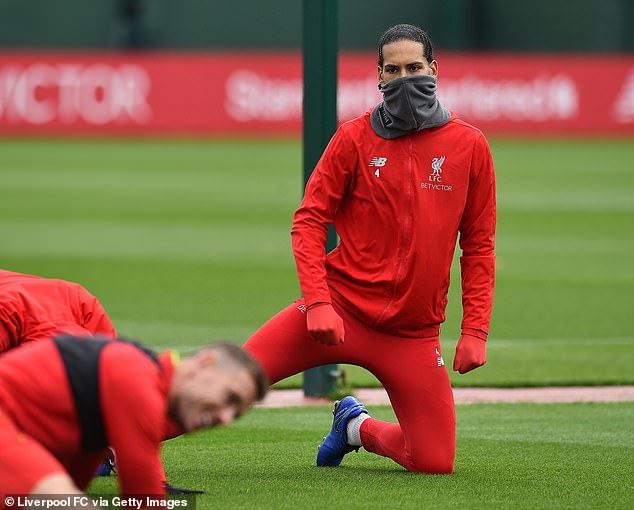 Liverpool have two wins from their last five domestic fixtures, with three draws against City, Chelsea and Arsenal respectively.

Klopp’s side have navigated through a tough patch of fixtures all but unscathed, but know they must get back to consistent victories in order to deny City the opportunity to break out into clear water in the title race.

Slavisa Jokanovic’s side have five points from 11 games played this season, leaving the boss’ position at the helm under threat.

Victory for Liverpool in the lunchtime tie could temporarily put them back to the top of the pile, with fellow title rivals Chelsea hosting Everton at Stamford Bridge later on Sunday afternoon.

City face United in the 4.30pm kick-off, at the Etihad stadium.