Mohamed Salah and Virgil van Dijk were among the Liverpool players pictured jetting off to Munich on Tuesday.

The Reds take on Bayern Munich on Wednesday night with their Champions League last-16 tie perfectly poised after a 0-0 draw in the first leg at Anfield last month.

And with Jurgen Klopp in tow, the Reds set off for Munich on Tuesday afternoon. However, they were missing Naby Keita, who has been ruled out of the game. The midfielder has a minor injury which forced him to stay on Merseyside. 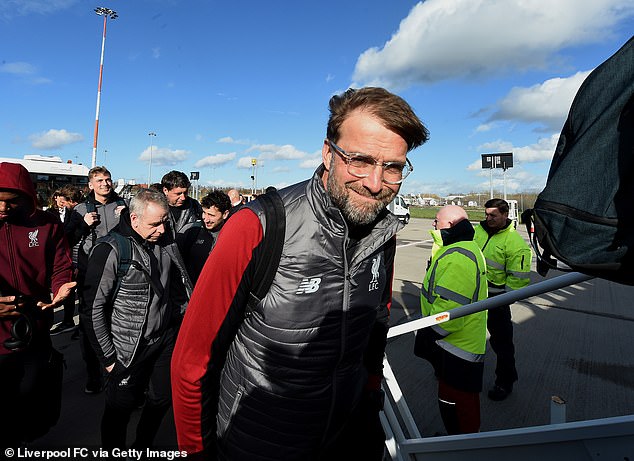 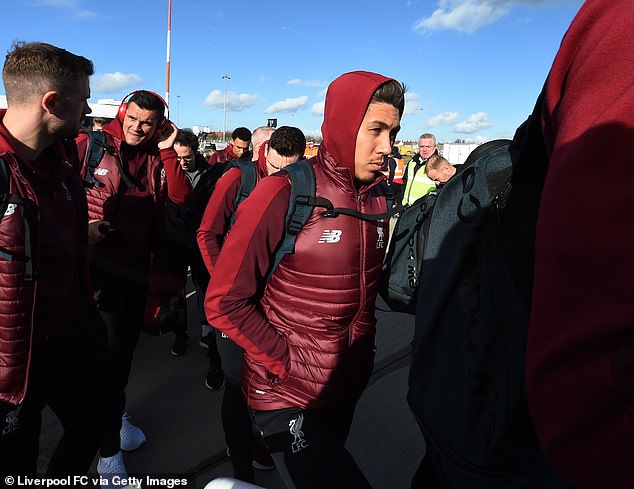 Roberto Firmino, who scored twice against Burnley at the weekend, getting on the plane 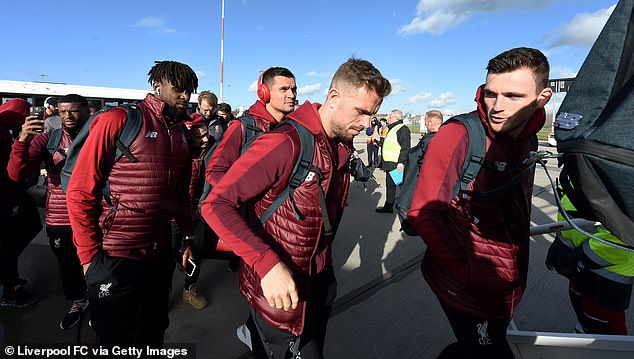 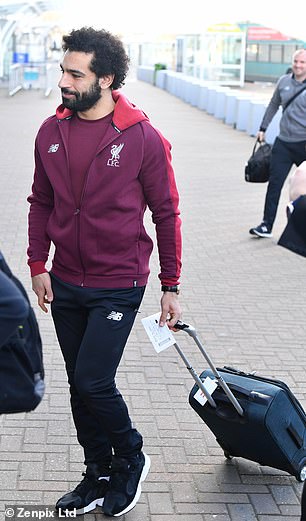 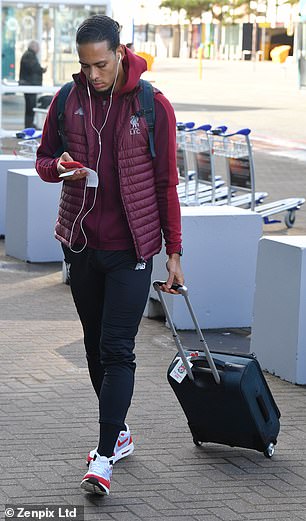 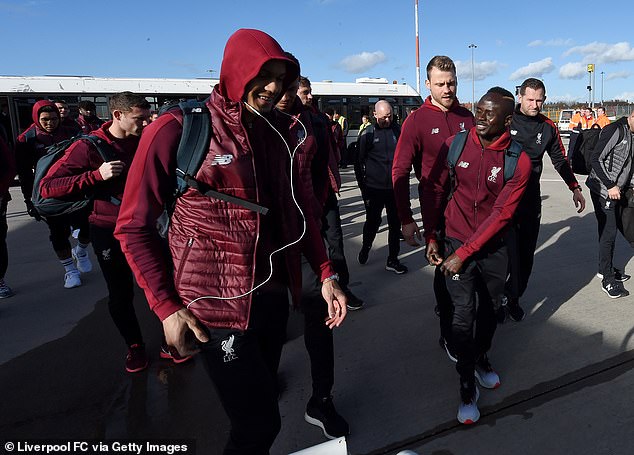 Van Dijk insisted Liverpool were ready for a tough test while speaking ahead of the game.

‘Sometimes you have to know how to manage games because at times it is going to be very hard and we will need to patient, ready for what is coming,’ he said. 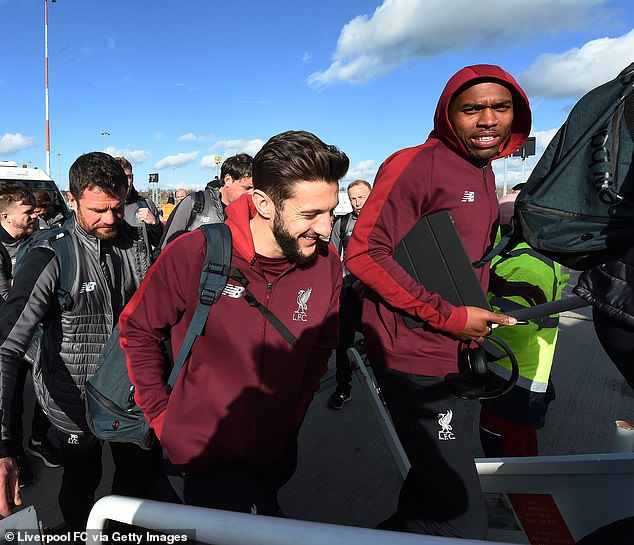 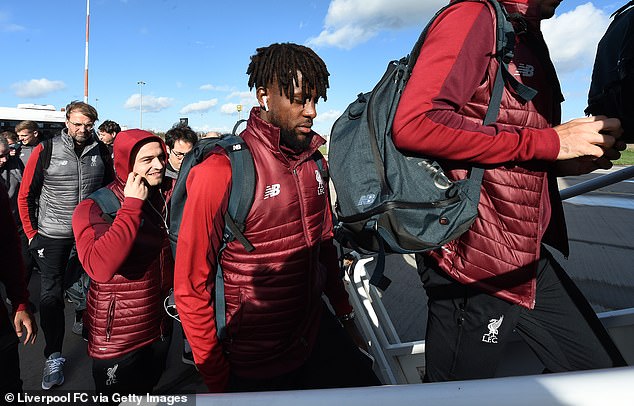 ‘There will times when it is going to be very tough, we are going to be under pressure because they have a lot of quality.

‘They showed that already at Anfield. But we will definitely have our own moments because of the quality we have as well. We know they have lots of quality.

‘They showed us a lot of respect here already and we need to use that respect and play our game and go through.

‘It is going to be exciting tie. They played very well here, kept it tight and they showed us a lot of respect. 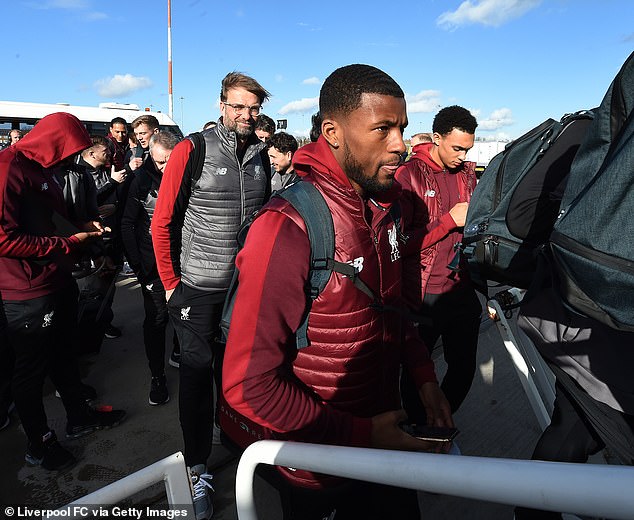 ‘They changed a bit the way they played I think, so we need to be up for a big fight because they are probably going to come all in, especially in the beginning.’

Liverpool have lost their last four away matches in Europe and Van Dijk is conscious of that record, saying: ‘We need to do better than we did in the last away games in the Champions League.

‘The group stage games were not good but we will do everything we can to get through.’ 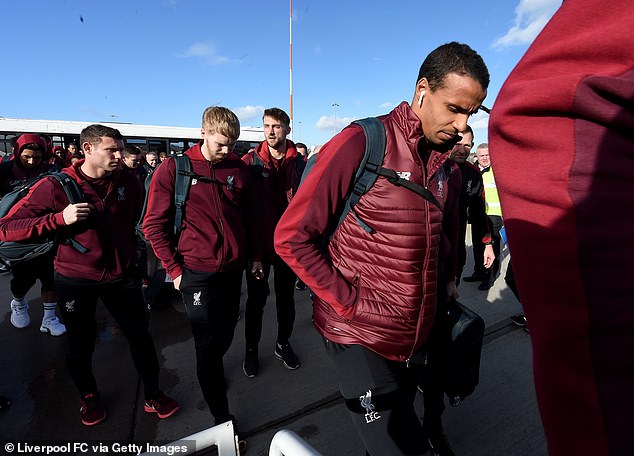 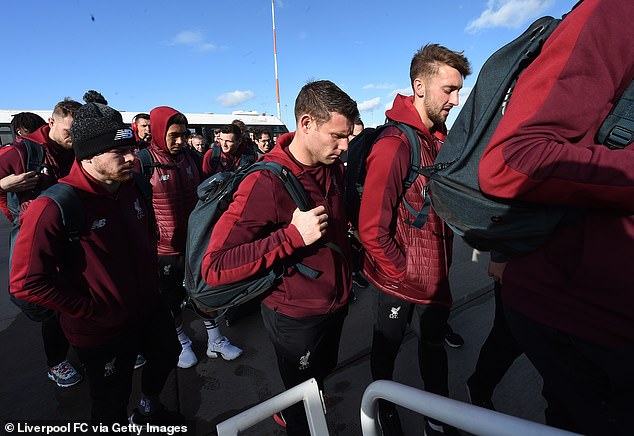