‘Mohamed Salah’s reaction is a little bit odd for me… is it a statement?’, says Ruud Gullit

The Egyptian has looked back to his best in the Reds’ past two games, scoring at Huddersfield and netting a brace against Red Star in the Champions League.

Salah’s second, scored from the penalty spot shortly after the break, was his 50th goal for Liverpool in just 65 games, but he did not seem too enthused to score either of his goals. 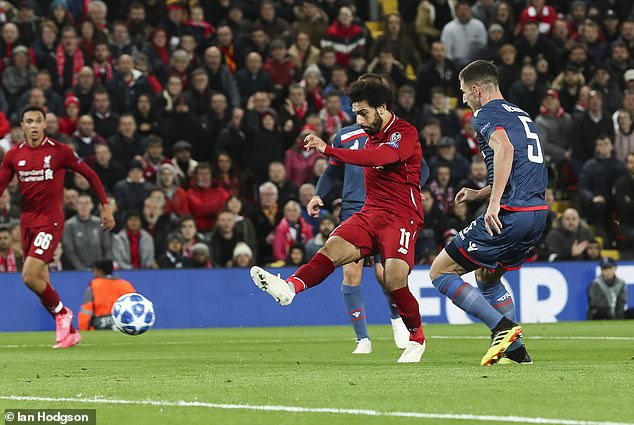 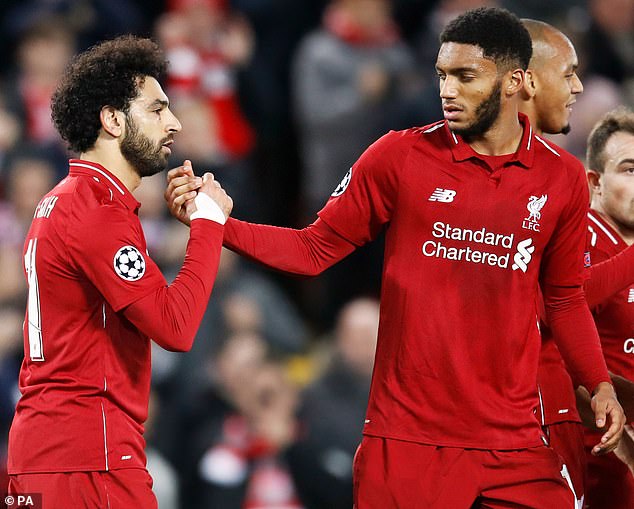 Depsite accepting the plaudits from his team-mates, Ruud Gullit has questioned his response

Salah has been criticised for some of his displays this season and despite Klopp insisting he is ‘completely fine’, Gullit was worried by his stoney-faced response.

‘I think he scuffed it [his shot] a little bit, but a good scuff,’ the former Dutch international said on beIN SPORTS.

‘It’s not his best foot. But the thing I don’t understand is his reaction, what does it mean? 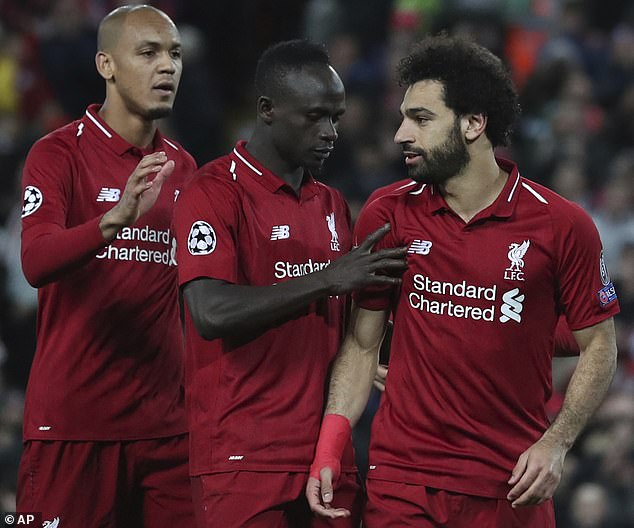 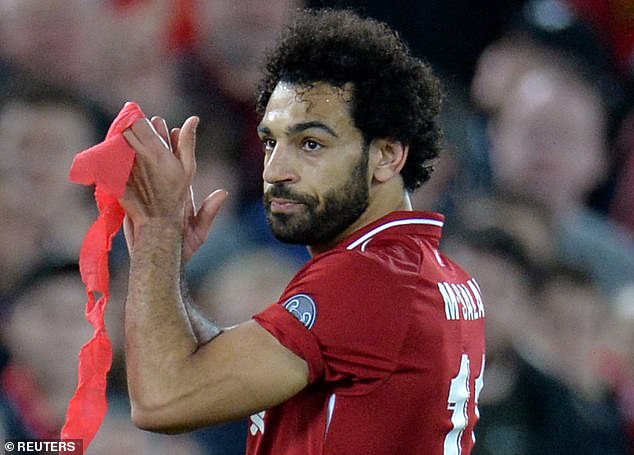 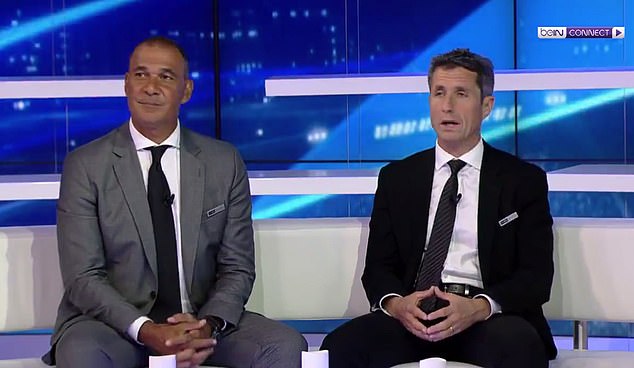 ‘You score a goal in the Champions League, he should be happy, it’s almost like – I don’t know, what is it? Is it a statement, like, look I’m still here?

Salah scored 44 goals in his first season at Anfield, won the golden boot and was named the PFA Players’ Player of the Year.

But he has looked to be suffering from second-season syndrome this time around, scoring three goals in 11 games prior to the last two fixtures.

Klopp dismissed any notion that Salah was unhappy, despite admitting he hadn’t seen the 26-year-old’s reaction to the strike. 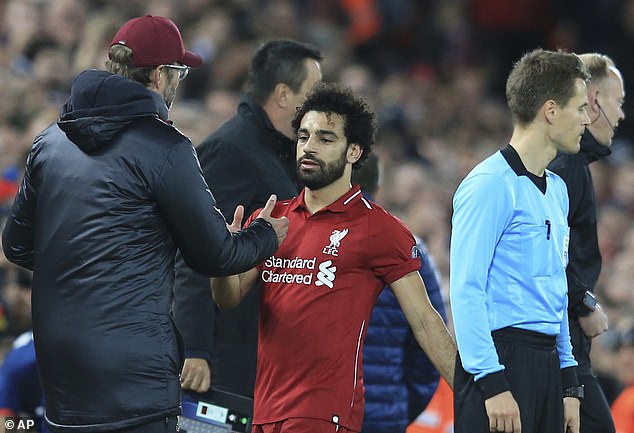 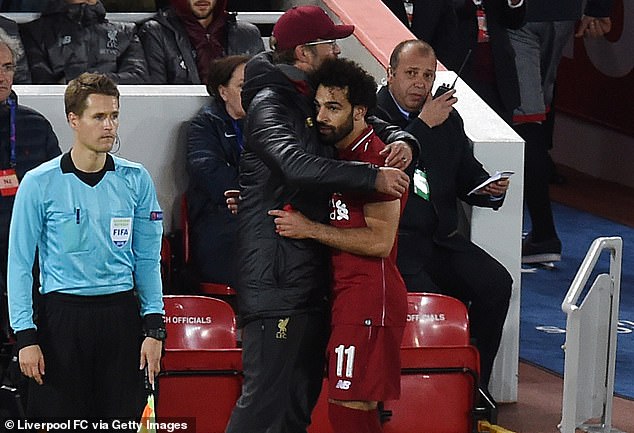 ‘I saw couldn’t see his face (when he scored) but I know he’s fine. I saw his face when I took him off – that was different!’

Salah will be hoping to continue his return to form when Liverpool host Cardiff at the weekend, a team he will want to fill his boots against.