Molecules in red wine could be used in a breakthrough drug to ease blood pressure, scientists reveal (but your daily glass won’t get you enough – for that you’d need 1,000 bottles a DAY)

Molecules found in red wine could be used to create a breakthrough treatment for high blood pressure, researchers announced.

Resveratrol, a compound produced in the skins of grapes, has long been touted as an elixir capable of combating many diseases from cancer to dementia.

But scientists have always struggled to translate these findings into successful treatments.

That is largely because the exact mechanism driving resveratrol’s effects have been poorly understood. Now experts at King’s College London say they have established how it works.

Resveratrol, a molecule produced in the skin of grapes and found in red wine, could be used to treat high blood pressure 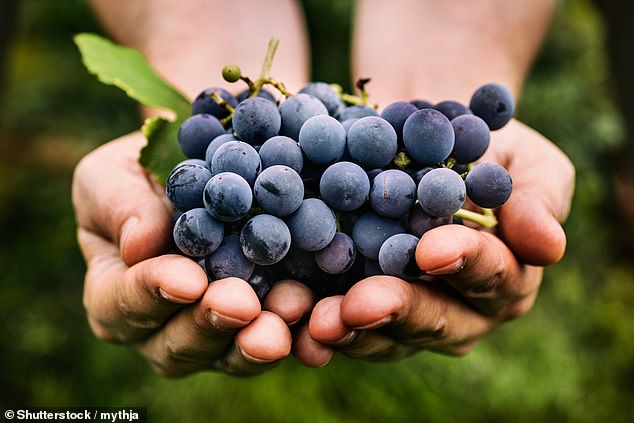 Scientists at King’s College London say they have established how the molecule works, which could lead to a future treatment for the condition alongside others including cancer and dementia

The researchers, funded by the British Heart Foundation, showed that resveratrol interacts with a protein called PKG1a in the wall of blood vessels. Resveratrol adds oxygen to the protein, causing the blood vessels to relax and expand, quickly leading to a drop in blood pressure.

This is a huge shift in the way scientists thought resveratrol worked. Many assumed it is an ‘antioxidant’ – a substance that stops oxygen damaging cells in the body.

But in fact it does the opposite, allowing oxygen in the blood stream to interact and oxidise the PKG1a protein.Writing in the Circulation medical journal, the scientists described how tests on cells taken from people’s blood vessels showed notable change.

They also gave a dose of resveratrol to mice, which resulted in a drop in blood pressure of 20mmHg, a substantial shift, in just 15 days.

The scientists said no current blood pressure medications work in this way, paving the way for an entirely new class of drugs. 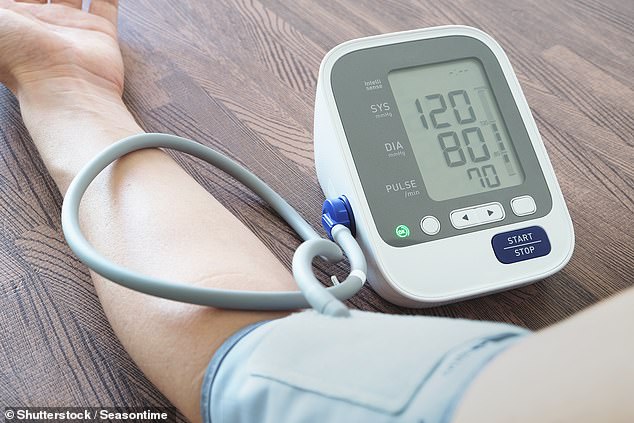 The molecule interacts with a protein in the wall of red blood vessels by adding a protein, which causes the vessel to relax and expand

But they stressed that for a human to consume the same doses of resveratrol used in the study, they would need to drink around 1,000 bottles of red wine a day.

In its current form, resveratrol does not dissolve well and is broken down by the body before it can reach its target in the blood vessel wall. So future drug developments will rely on altering the chemical structure of resveratrol to make it more resistant to breakdown, to ensure more of the compound reaches the target cells.

‘Our research shows that a molecule once deemed an antioxidant exerts its beneficial effects through oxidation.

‘We think that many other so-called “antioxidants” might also work in this way.

‘Our work could lay the foundations for chemically altering resveratrol to improve its delivery to the body, or designing new, more potent drugs which use the same pathway. In the future, we could have a whole new class of blood pressure drugs.’ Professor Metin Avkiran at the British Heart Foundation added: ‘Unfortunately, this isn’t the all-clear to open a bottle of merlot.

‘To get the human equivalent dose of resveratrol used here, you’d need to drink an impossible amount of red wine.

‘This study reveals the surprising way in which resveratrol works and opens up the possibility of new blood pressure drugs which work in a similar way.

‘The findings bring us a step closer to tackling this “silent killer” which puts people at risk of having a devastating stroke or heart attack.

‘Although you can buy resveratrol supplements, the best way to keep your blood pressure under control is a healthy lifestyle, balanced diet and taking medicines prescribed by your doctor.’