Mom, 29, charged with manslaughter after drinking a liter of whiskey, gives birth to baby that died

Mom, 29, is charged with manslaughter after police said she drank a liter of whiskey during a ‘bender’ while 34-weeks pregnant and then gives birth to a baby that died an hour later from alcohol-related causes

A Minnesota woman has been charged with second-degree manslaughter after her baby died following a ‘bender’ in which she drank a liter of whiskey and gave birth unattended.

Rianna Marie Cameron, 29, of Rogers, Minnesota, was charged with two counts of second-degree manslaughter for the 2018 death of her newborn daughter.

The criminal complaint, which was filed in Hennepin County Court, stated that authorities were called to Cameron’s home by the baby’s father on December 30 at about 8.39pm because there was an unresponsive infant in the home, according to WCCO.

Rianna Marie Cameron, 29, faces manslaughter charges after she allegedly drank a liter of whiskey and gave birth to a baby at home. The baby died an hour later

When police arrived at the home, they went to the second floor where they said they found a newborn baby girl lying at the foot of a bed with her umbilical cord still attached to disoriented Cameron.

The baby was said to have turned purple and did not seem to be breathing.

Police began giving the baby life-saving measures until paramedics arrived and took her to the hospital, where she was later declared dead about an hour after 911 call.

An autopsy conducted on the baby determined that she died of ‘complications of acute ethanol intoxication and unsupported delivery.’

The baby’s blood alcohol content was said to be 0.23 — almost three times the legal limit for an adult who is driving a car — while a breathalyzer determined that Cameron had a BAC of 0.21 half an hour after authorities arrived at her home, according to KSTP. 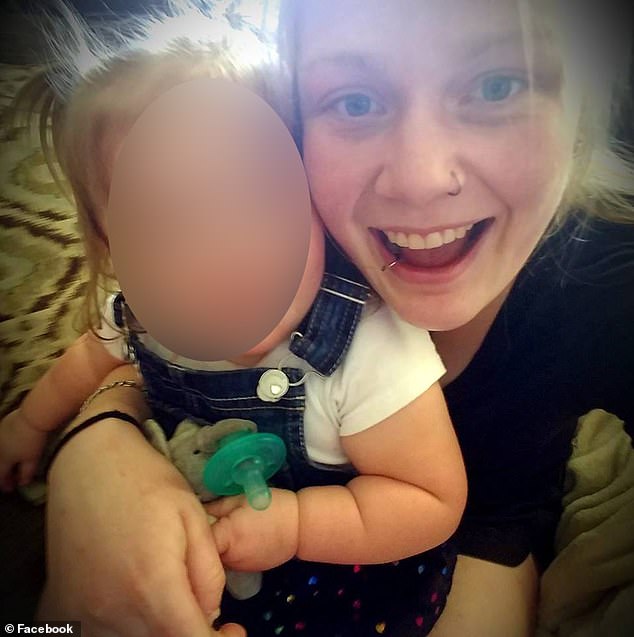 Police said Cameron told them that she had been on a ‘bender’ and drank a liter of whiskey prior to giving birth to the baby. She was 34-weeks pregnant at the time 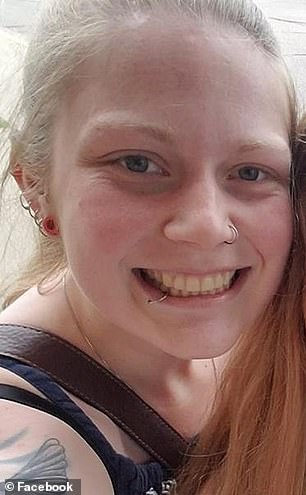 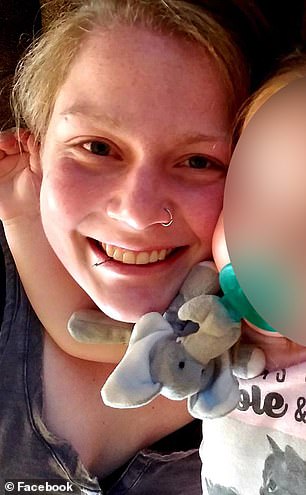 At the time of the incident, Cameron was said to have a blood alcohol content of 0.21, while an autopsy determined the baby’s BAC was 0.23, almost three times the limit for an driving adult

In the charging document, police said that Cameron — who was 34-weeks pregnant at the time — told them that she had drank about a liter of whiskey while on a ‘bender’ and that she had started drinking at about 5pm that day.

Police said they found an empty 1.75 liter bottle of whiskey in Cameron’s kitchen.

At the time of 2018 incident, there were two children, ages two and three years old, who were left unattended in the first-floor family room.

Police said that they had previously spoken with Cameron at last twice about alcohol use in the months leading to the baby’s death, once in July 24 and again on December 15, just 15 days before the baby died, according to WFAA.

The second time police said they spoke with Cameron, she allegedly said that was in treatment for her alcohol addiction and that she understood the dangers of drinking.

If convicted of the second-degree manslaughter charges, Cameron could be sentenced to up to 10 years in prison.