Mom carried her dead daughter, 19, to a morgue after power outage in Venezuela shut down hospitals

Heartbroken mother carries her dead daughter, 19, weighing just 22 pounds, to a morgue after doctors couldn’t treat her because a massive blackout in Venezuela shut down a hospital

A severely malnourished 19-year-old girl died in her mother’s arms after doctors in Venezuela was forced to turn her away because a massive blackout shut down a hospital.

Heartbroken mother Elizabeth Díaz was forced to carry her daughter’s body, weighing just 22 pounds, through the streets to a morgue.

Díaz visited a local Integral Diagnostic Center [CDI] in the northern city of Valencia on Saturday night but was immediately turned away by doctors because their shift had ended because the facility didn’t have any electricity.

The mother was advised to visit another medical center in Las Lomas where she was assured the staff could provide treatment for her daughter’s cerebral paralysis and chronic malnourishment.

Elizabeth Díaz (center) carries the body of her daughter, who died Saturday after the Venezuelan massive blackout didn’t allow doctors to treat the young woman

According to Díaz, the young woman was repeatedly convulsing and her condition worsened before she felt her daughter’s body stiffen up.

Upon arriving at the second hospital, the family was shunned at the entrance because it didn’t have a functional backup power generator.

Díaz’s daughter would die in her arms moments later.

The heartbroken mother carried her daughter’s body to a local morgue.

The mother’s dire economical situation hasn’t allowed her to reclaim her daughter’s body for a proper burial service.

The images of the 19-year-old’s sudden death have gone viral, and it has turned into perhaps one of the lowest points in the ongoing saga that has pitted the Nicolás Maduro regime against a nation that has been pleading for basic necessities like food, water and medicine. 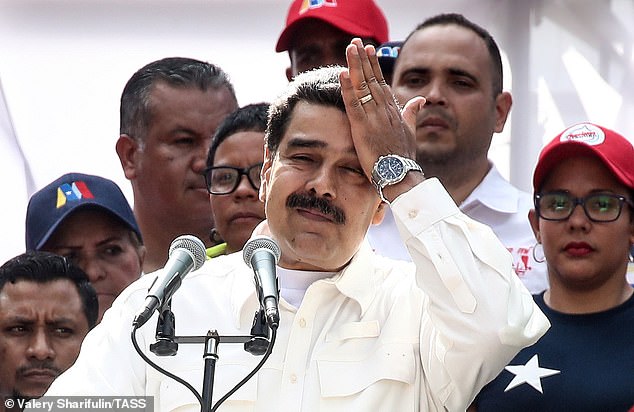 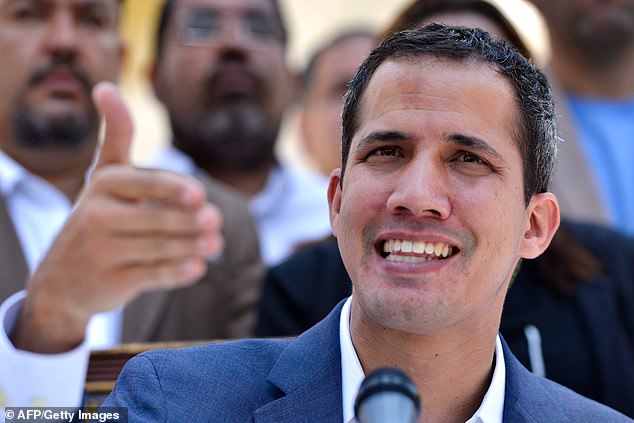 Interim president Juan Guaidó confirmed the deaths of 17 patients, who died inside hospitals during the four-day power outage in Venezuelan. Most of the victims were awaiting treatment for dialysis

Maduro went as far as casting blame on the United States, accusing it of sabotaging the Guri hydroelectric dam in the southeastern state of Bolivar.

The outage left the South American nation without electricity for four days although some of the country’s 23 states had sporadic electricity Sunday.

However, it wasn’t sufficient enough to avoid the deaths of 17 patients, which were confirmed by interim president Juan Guaidó.

Most of the victims died because they weren’t able to receive their scheduled dialysis treatments.

Venezuela’s hospitals, already struggling with shortages of supplies and equipment amid an economic meltdown, entered crisis mode on Thursday when the oil-rich South American nation’s power system went down.

Public hospitals typically have generators to provide back-up electricity in the event of an outage, but doctors consulted by Reuters said they were either damaged or idled for lack of fuel.