Father-of-two gets 18 years in prison for crashing and killing his son, 4, when he picked him up from daycare after downing two shots of Fireball and smoking marijuana

A father-of-two has been given 18 years in prison for crashing and killing his four-year-old son while drunk and high.

Christopher Small, 31, had two shots of Fireball and smoked marijuana before he picked up son Lucca from his Woodland Park, Colorado, daycare on February 20.

He was driving 75mph in a 50mph zone on the way to pick up his daughter when he lost control and crashed on Colorado 67.

His ex-wife, Ashley Whittemore, delivered an emotional statement to the court as Small was sentenced, describing what had happened to her helpless child.

‘My baby did not die: He was killed,’ Whittemore, told the court. She added Lucca ‘laid in the snow with a broken neck, a swollen brain and a stopped heart’.

Lucca’s mother, Ashley Whittemore, told how her child ‘laid in the snow with a broken neck, a swollen brain and a stopped heart’ during her impact statement in a Colorado court Thursday

Small was found to have a blood alcohol level of 0.09 four hours after the incident. A laboratory would have testified that he was two times over the legal limit at the time of the crash – at least 0.19.

He was also found to have 3.5 nanograms of THC – the principal psychoactive of cannabis – in his system, showing he was both drunk and high when his son was killed.

Small had picked up his son from daycare and was on his way to collect his daughter from school in Woodland Park when the incident occurred around 3pm that day.

The grieving mother’s father, Mike Whittemore added about the death of his grandson: ‘This was not a tragic accident. This was reckless, narcissistic behavior. 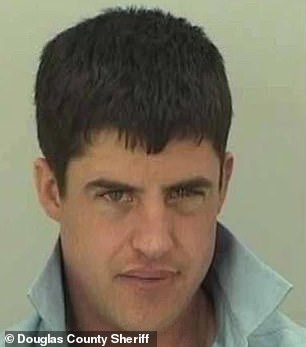 Christopher Small, 31, got an 18-year sentence for killing his son Lucca while driving drunk and high in February

‘Lucca didn’t die in a horrible accident – he died at the hands of his father.’

He told investigators he had two shots of Fireball whiskey after leaving his job in Limon but the 18th Judicial District stated evidence showed he drank more.

Small’s 2012 Lexus RX350 was fitted with a booster seat at the back which Lucca was in when the driver lost control at a curve on Colorado 67 in Douglas County.

It’s believed Small made no attempt to use the breaks before the collision.

Deputy District Attorney Dan Warhola noted that the father should get the maximum sentence after he was arrested on a DUI charge in November while out on bail.

‘A father is a provider and a protector. This defendant was the exact opposite of that on Feb. 20,’ Warhola argued at the sentencing. ‘Killing his own son wasn’t enough to stop him.’ 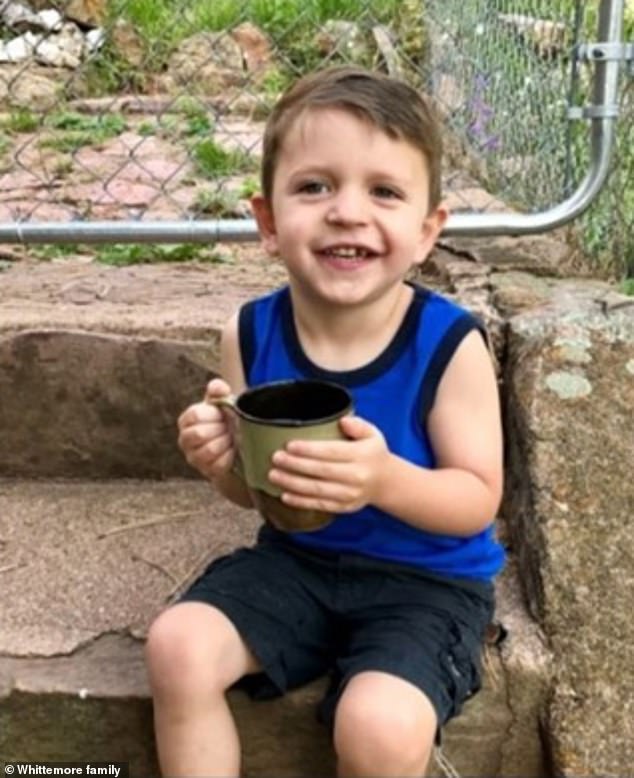 ‘To this court, what is most devastating is … he made a decision to consume alcohol and get behind the wheel of a car and consciously made a decision to alter previously set plans and go and pick up his children,’ Whittaker said.

‘What is even more horrifying is that it could have been worse – he was on his way to pick up his daughter.’

District Attorney George Brauchler reassured the public that Small was unlikely to be let out every early.

‘There are no words to capture the magnitude of this loss. A father’s selfish and reckless decision leads to the death of his innocent 4-year-old son,’ Brauchler said.

‘Coloradans should know that he will be eligible to be paroled from prison in only 5-6 years, but he will likely never be paroled from the knowledge that he killed his sweet boy. Like Lucca’s death, those nightmares are forever.’