Mom gives birth after losing her home in Hurricane Harvey

A pregnant woman rescued from Hurricane Harvey floodwaters by a human chain and at least two other new mothers are now stuck in Texas hospitals after giving birth during the devastating storms.

Danielle Weeks gave birth to her daughter on Tuesday morning just days after her family’s home was completely destroyed in Hurricane Harvey.

She had fled the home in Port Aransas, Texas with her husband William and their home with their two toddler daughters last week before the tropical storm hit.

The family, who had been staying in a hotel in Corpus Christi close to the hospital, had tried to return home on Saturday to see what damage had been done when they learned their home, a car and their RV had been destroyed.

Danielle Weeks gave birth to a baby girl in Corpus Christi, Texas on Tuesday just days after her family’s home was destroyed in Hurricane Harvey 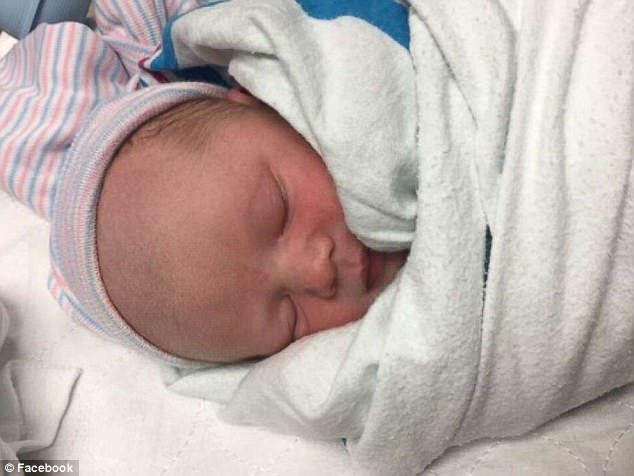 Danielle gave birth to the couple’s daughter, Loralynn, (above) in a scheduled c-section on Tuesday morning. They are calling the little girl a miracle given the tragedy that has unfolded in the wake of the devastating storm

‘As long as she is safe, nothing else matters,’ William Weeks said of their new daughter.

He is calling her a miracle given the tragedy that has unfolded in the wake of the devastating storm.

The couple are still working out what they will do next once they leave the hospital.

It comes after another new mother, Alison Smith, gave birth to a girl named Adrielle on Monday after initially getting trapped in Houston floodwaters when she went into labor. 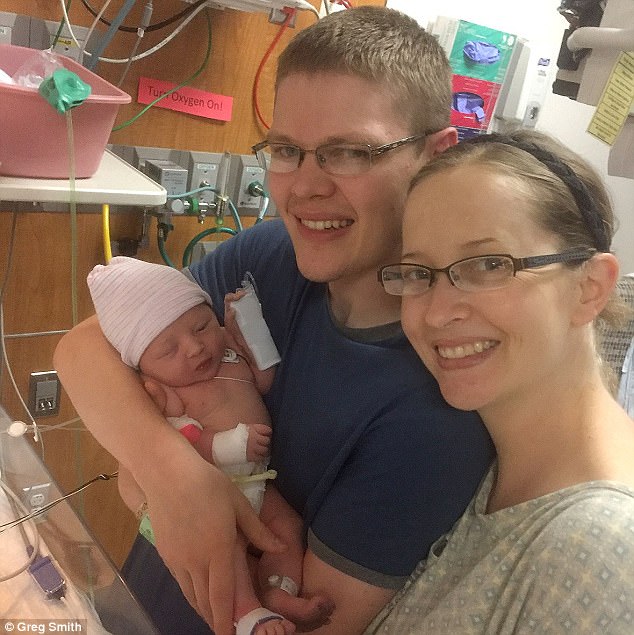 Andrea and Greg Smith, of Houston, welcomed their baby daughter Monday, after finding themselves trapped by floodwaters in Houston 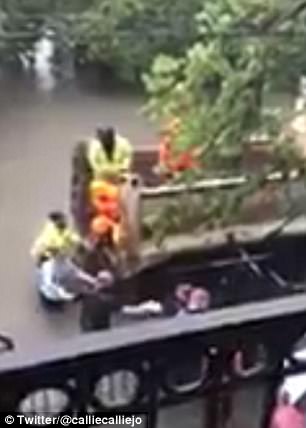 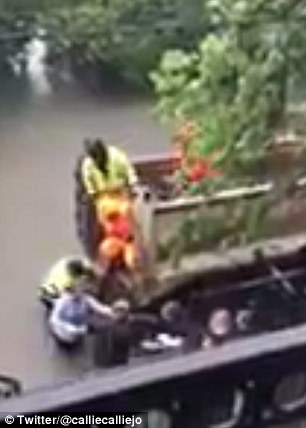 A human chain made up of neighbors and firefighters formed outside the Smiths’ home Sunday to rescue Andrea. The woman was 38 weeks pregnant with her first baby

Neighbors and firefighters helped form a human chain to help get Alison and her husband Greg – who are both doctors – from their apartment to a nearby dump truck to rush her to the hospital.

The couple had been planning to get to the hospital early before rising floodwaters left them stranded when Andrea went into labor on Sunday at 38 weeks.

They had come to terms with delivering the baby themselves when their rescue crew arrived. Cellphone video shot by a neighbor showed a line of people passing Andrea along until she reached the truck.

‘We were soaked,’ Greg told People. ‘We sat on top of all these fire hoses, while firemen drove us to the hospital. They were careful to go slow and keep us safe. 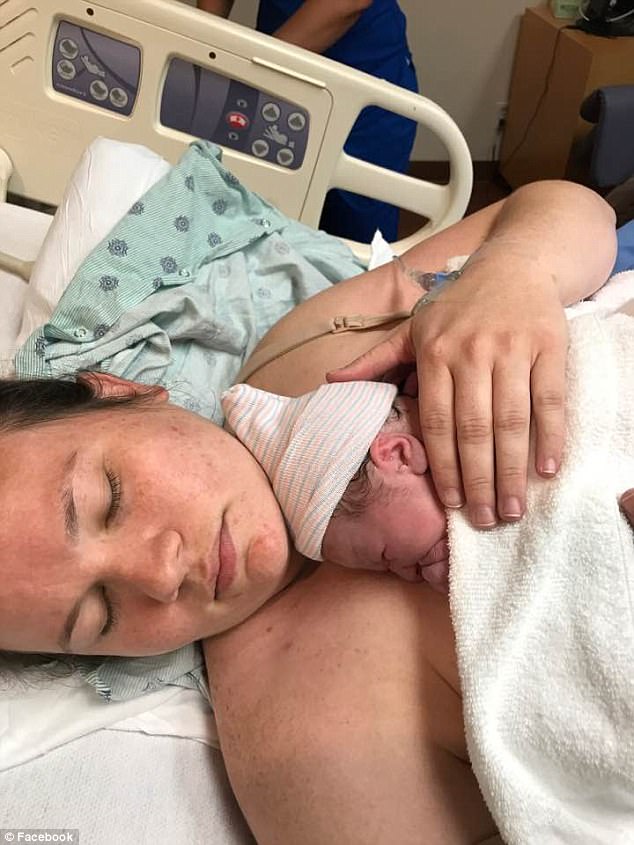 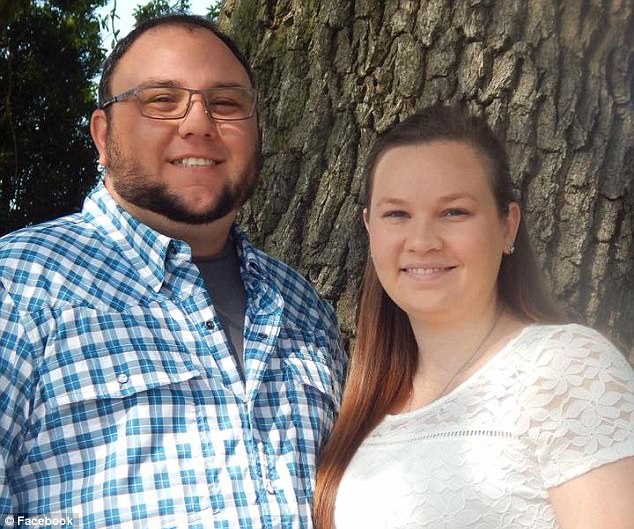 Ciara, pictured here with her partner, gave birth to their son Landon on Sunday. She thanked the firefighters and police who helped her get to the hospital mid-storm

‘If she were born at home, that wouldn’t have been the best place for her,’ Greg says. ‘I’m so glad she is in the hospital.’

Ciara Davis Lee of La Porte shared a photo on Facebook on her newborn son after she gave birth with the help of firefighters and police during the storm.

‘I wanted to thank the firefighters and officers that helped me get from Buc-ees to the hospital in the flood this morning while I was in labor. I did not get your names but my family and I are so grateful for your service,’ she wrote.

Her baby boy Landon was born on Sunday.

She had posted on Facebook on Thursday saying: ‘Hoping I don’t have to change my birth plan to an at home water birth.’