Judge John Shirley (pictured), of Pearl’s Youth Court, resigned after an attorney argued he prevented a mother from seeing her baby for 14 months

A Mississippi judge resigned Wednesday amid outrage over his decision to ban a mother from seeing her baby for more than a year because of unpaid court fees.

John Shirley resigned as youth court judge in the Jackson suburb of Pearl. The mother, whose name wasn’t released, has regained custody of her now 18-month-old child.

Cliff Johnson, an attorney who directs the MacArthur Justice Center at the University of Mississippi, said he started representing the mother last week.

He said the mother and her then 4-month-old baby were passengers in a car that was stopped for a traffic violation in August 2016.

Johnson said Shirley gave the grandmother custody of the baby after learning the mother had misdemeanor charges pending, which included court fees.

‘As a civil rights lawyer in Mississippi, I am no stranger to injustice, but for a judge to prohibit an impoverished mother from having any contact with her baby until monetary payments are made is shocking and repugnant,’ Johnson said in a news release.

‘Such orders are tantamount to judicial kidnapping.’

Shirley said in a statement Thursday that the MacArthur Center news release contained ‘lies,’ though he didn’t specify what they were.

Shirley said he has tried to protect children. He also said youth court rules ban him from discussing cases. 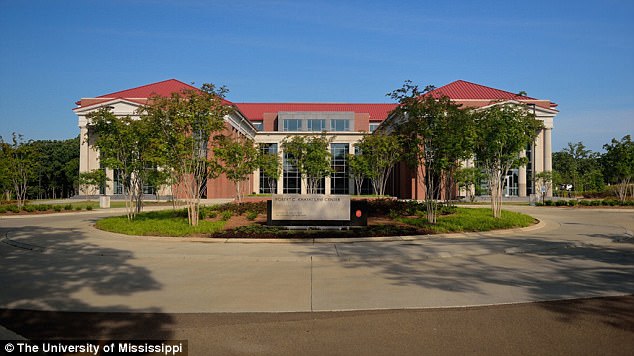 Since Pearl had the only city-run youth court in Mississippi, all others will be county-run

‘Many times, knowing a youth court judge cannot comment on a case, abusers/neglecters or their attorneys will state partial facts but leave out ugly facts about the abuser/neglecter,’ Shirley said.

Shirley said he resigned because of ‘politics’ and ‘back-stabbing’ from elected officials in Pearl who campaigned on abolishing the city-run youth court.

‘I didn’t resign because of any pressure, I resigned because I got tired of the policies in that administration,’ he said, according to the Clarion Ledger.

Pearl had the only city-run youth court in Mississippi. All others are county-run.

When Shirley resigned, Pearl disbanded its youth court, and cases will be handled by the county.

Johnson said that despite the mother still having unpaid court fees, she regained custody of her baby Wednesday after Shirley’s earlier court order was reversed.