Mother-of-three, 36, is shot dead by her undocumented estranged husband as she shielded her three children before he turned the gun on himself

A mother-of-three from Austin, Texas, was shot dead in front of her children and died in her daughter’s lap when police say her estranged husband opened fire on her before committing suicide.

Veneranda Martinez-Gutierrez, 36, was sitting in her grey Mazda in the parking lot of a Valero gas station, where she regularly sold tamales, at 5.30am last Friday when, according to investigators, Florencio Felix Barron Alvarez, 43, ran up to the vehicle and shot her.

Police who were called to the scene on East Riverside Drive found the mother-of-three dead from multiple gunshot wounds inside her car. 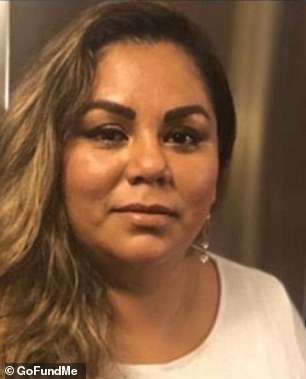 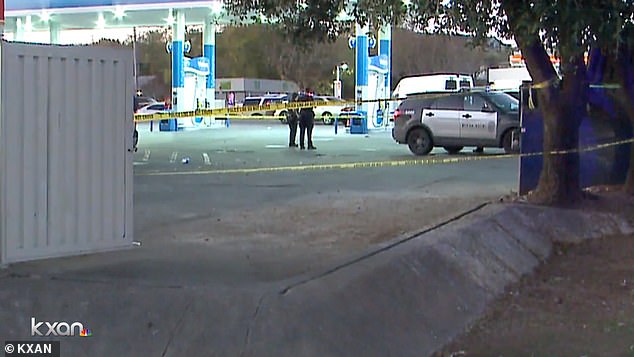 Martinez-Gutierrez was sitting in her car at this Valero gas station, where she regularly sold tamales, on Friday when she was ambushed by her estranged husband 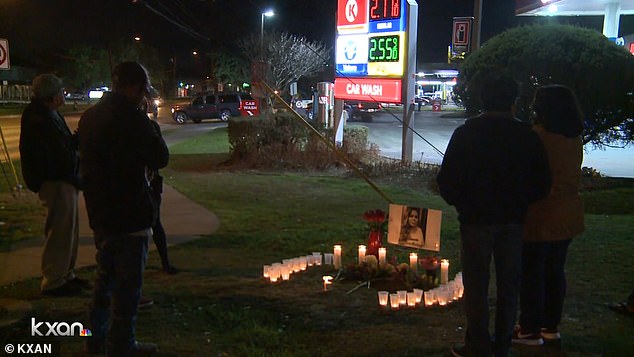 Her estranged common-law husband was discovered dead from a self-inflicted gunshot wound in front of Martinez-Gutierrez’s car.

According to police, the couple’s two sons and a daughter, aged between 10 and 13, were in their mother’s vehicle and witnessed their parents’ violent deaths.

The two boys were sitting in the backseat, and the girl was in the front passenger seat, but none of them were injured.

Sgt. Tracy Gerrish, with the Austin Police Department, told Fort Worth Star-Telegram she believes the mother died shielding her children from the bullets. 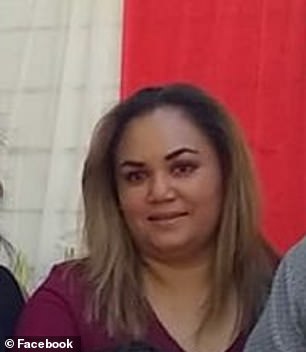 Having been orphaned, the siblings have been placed in the care of family members.

The victim’s next-door neighbor and friend, Itza Garcia, told KXAN Martinez-Gutierrez’s daughter, who was next to her mother, begged her father not to shoot.

The child then held her dying mother in her arms as she drew her last breath, according to the friend, reported KVUE.

Barron Alvarez was deported to his native Mexico after being convicted of sexual assault of a child in 2016, but he later returned to Austin illegally.

According to Garcia, Barron Alvarez had been harassing and stalking his estranged wife for the past several months, prompting the woman to repeatedly call the police.

‘Why didn’t they do something to prevent it?’ Garcia asked. ‘He wasn’t supposed to be here.’

The friend has launched a GoFundMe campaign to help the family with the mother’s funeral expenses.