A New York woman won a $15million settlement after she sued her former eye doctor claiming her glaucoma was misdiagnosed as a pregnancy symptom causing her to go blind.

Amanda Velasquez, a married mother-of-two from Brooklyn, said she made an appointment in October 2011 to see her obstetrician Dr. Reginald Ruiz at the Woodhull Medical Center about blurred vision.

Velasquez, who was seven months pregnant at the time, was told her blurred vision was pregnancy related, her attorney Ralph DeSimone told the New York Daily News.

The expectant mother, who was 20 at the time, said she visited the hospital six more times, each time complaining of cloudy vision and eye pressure.

Amanda Velasquez, a married mother-of-two, said she was left blind after her doctor misdiagnosed her glaucoma

She stated in her lawsuit that in December 2011, two months after her initial visit, she gave birth to her son and her vision had gotten so bad that she could not see the baby when doctors placed him on her chest.

Velasquez said she visited the New York Eye and Ear Infirmary and was told that she had glaucoma. By the time she had surgery, Velasquez said it was too late and she was already 90 per cent blind.

‘They were fixated on her pregnancy,’ DeSimone said. about doctors at Woodhull Medical Center. ‘They never looked into her eye.’

Velasquez was awarded the $15million settlement for medical malpractice on Thursday, following a three-week trial.

‘There’s no amount of money that can begin to make up for what was taken from me. I can’t take my kids to the park, or help them with their homework or watch a sunset, but I am grateful that the jury saw through the hospital’s lies and tried to give me justice,’ Velasquez, 27, said. 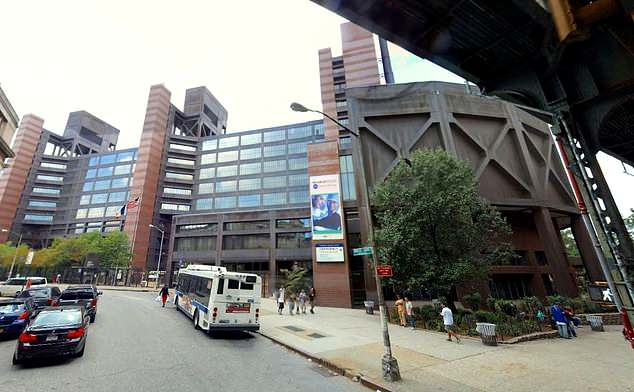 DeSimone said glaucoma is a progressive eye disease that needs to be treated quickly once detected.

A spokesman for NYC Health and Hospitals, which oversees Woodhull, said it would appeal the verdict and called the settlement amount excessive, the Daily News reports.

‘NYC Health and Hospitals places the quality of our care and patient safety as our highest priorities,’ the spokesman said.

Ruiz, the eye doctor who Velasquez said misdiagnosed her, moved to California in 2013 and has essentially vanished from the medical field.