Mothers always have the best intentions, but sometimes things don’t turn out quite as planned.

A hilarious photograph posted on Twitter shows the moment one mom wanted to spell out the word ‘love’ in a sweet family picture.

Instead, the family spells the word ‘c**k’.

Daughter Sydney King posted the image with the caption: ‘Oh my gosh we really don’t deserve my mom.’

‘All she wanted to do was spell out love in our family pictures. She had no idea,’ she continued. 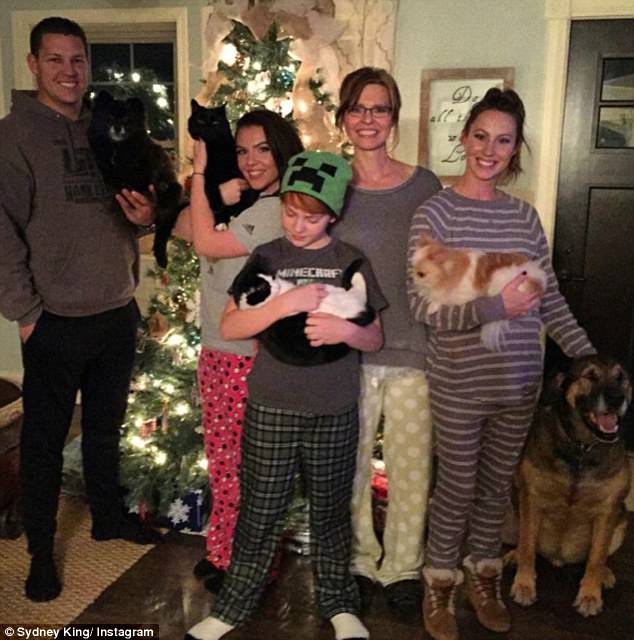 The image has since been retweeted almost 30,000 times.

Sydney followed up with another tweet showing pictures of her and her mom with the caption: ‘Here’s the star of my last post and also my very best friend!! Thank you for loving your crazy kids’.

The children have a history of making fun of their mom. In one tweet, Sydney edited out her father’s face after her parent’s divorce and replaced him with Denzel Washington. 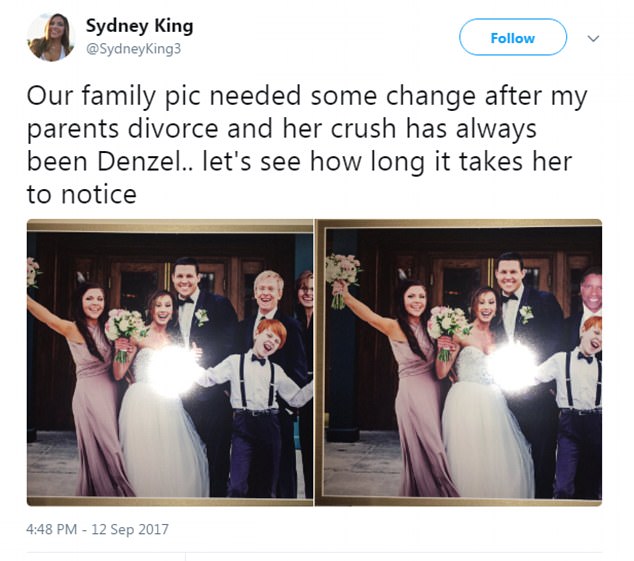 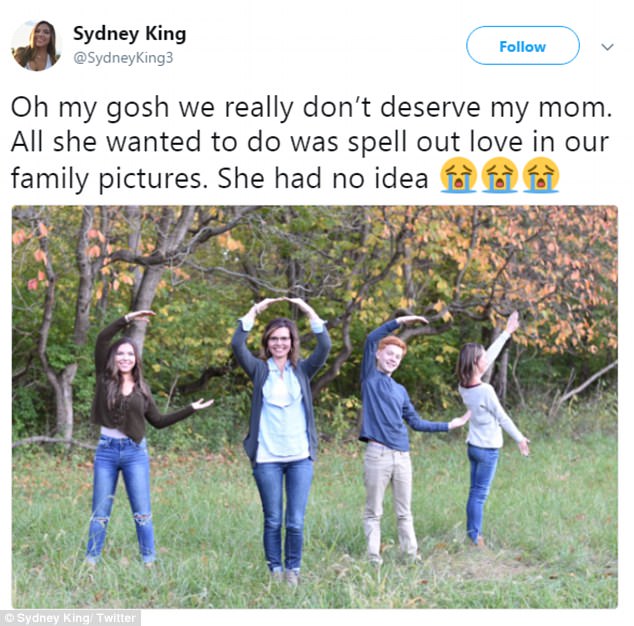