A Texas mother was so overjoyed that her daughter got accepted into college that she ‘twerked’ in a principal’s office.

Heartwarming footage of LaJuana McCree dancing as she learns of her daughter Promise’ good news has gone viral.

Administrators at South Grand Prairie Early College High School called McCree, 49, and said they needed to see here regarding her daughter, 18-year-old Promise, a senior at the school.

LaJuana marched straight to a desk outside the principal’s office wearing a pair of large sunglasses and had an anguished expression on her face.

But little did she know that Promise and her counselor had lured her mom there to let her know she’d been accepted to Grambling State University.

LaJuana told WXIA-TV: ‘I was ready for war. That’s it. I thought Promise had gotten into some serious trouble. 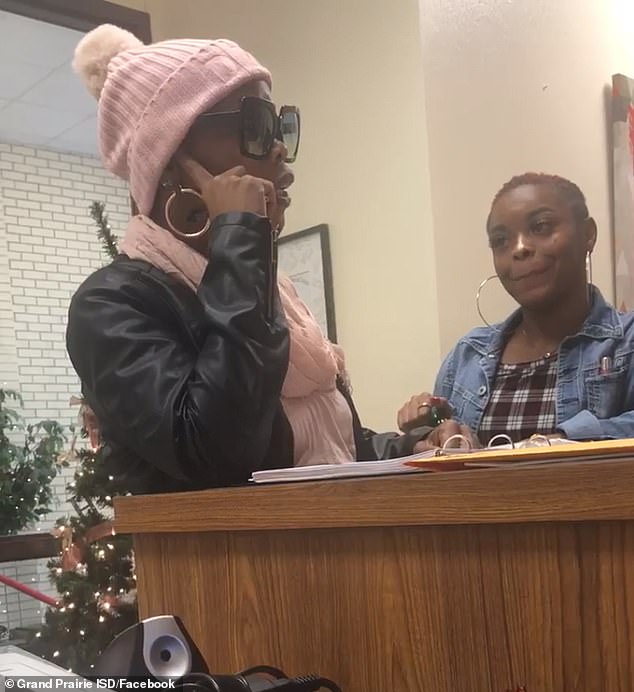 In video footage, Promise and her school counselor lured LaJauna to the school, giving the impression that Promise had gotten into trouble. LaJuana appears to be worried (pictured) 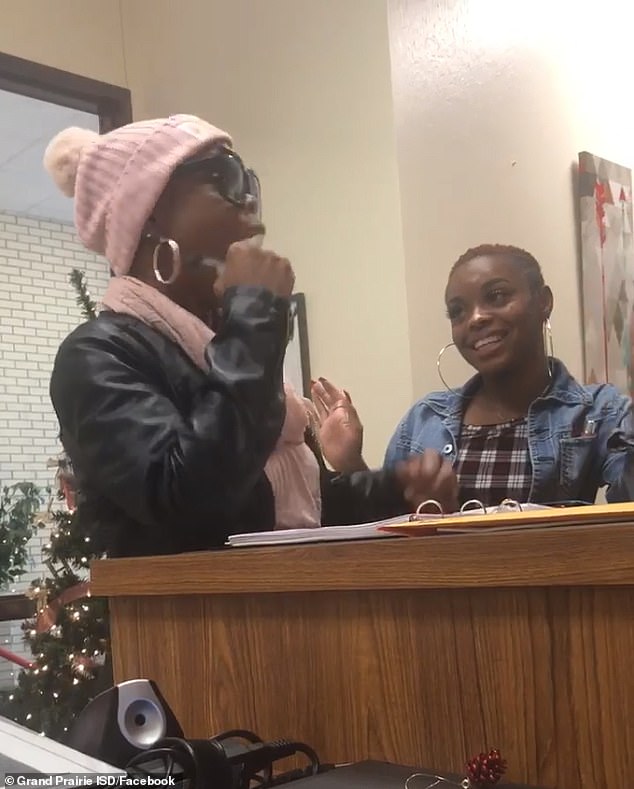 ‘I had to compose myself, but I was firm and I had that look on my face like: “What did you do?.”‘

In the video, a person in the background can be heard telling the concerned mother: ‘Before we talk about that, there’s something else that we need to talk about.

‘It happened today, and I’m going to let Promise tell you what happened.’ 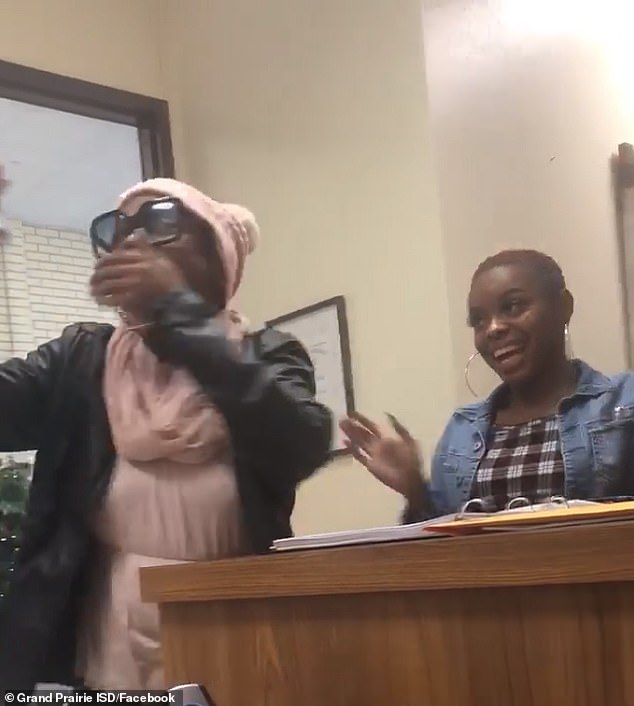 The room, as well as LaJuana, erupts into cheers and laughter at Promise’s happy news 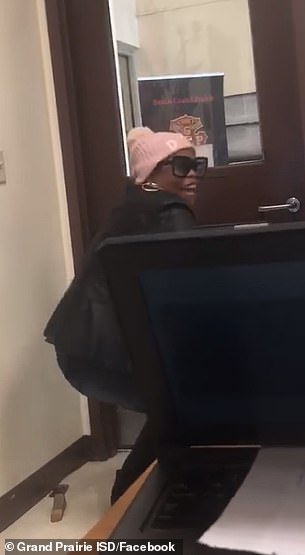 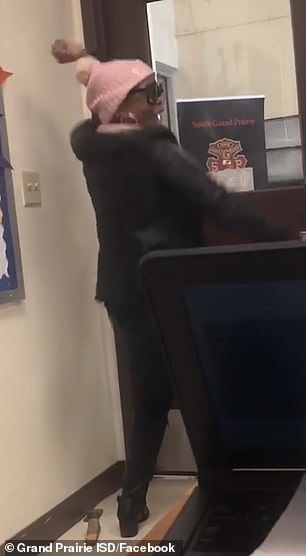 Promise then tells her mother before the assembled group bursts into cheers and laughter: ‘I got accepted into Grambling!.’

An ecstatic LaJuana then screamed and put her arms in the air, dancing and twerking in the 25-second clip.

The video has been watched almost 20,000 as of Thursday evening. LaJuana said that Promise would be the first person in her family to get a bachelor’s degree. 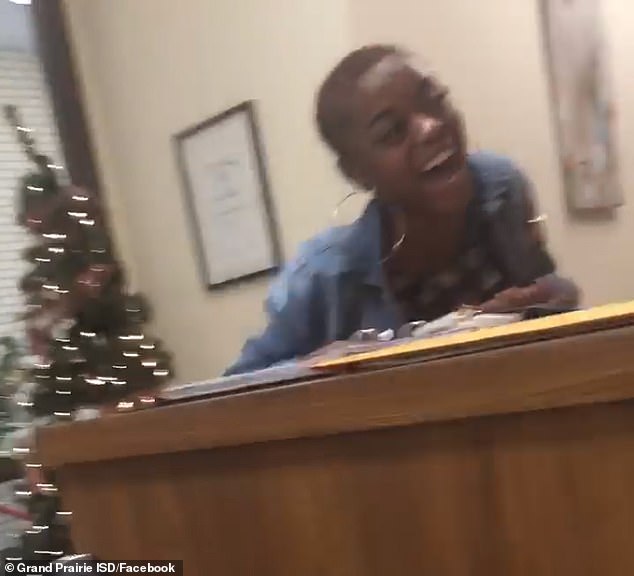 ‘Her face just lit up, and I didn’t know what to say, I was just speechless,’ Promise told WXIA of surprising her mom with the news.

‘Promise is a true gift from God to me,’ LaJuana told the Star-Telegram. ‘When she told me, all the anxiety went away.

‘She’s a mentor to her younger cousins and is very family oriented. 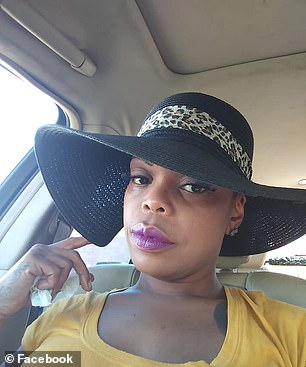 ‘She always wanted to watch the Discovery Channel as a kid, and find out about planets and science, so I had to find out about those things, too, because she was so inquisitive, always had all these questions.

‘The possibilities are endless, I already know.’

Promise wants to study criminal psychology at Grambling, which is in Louisiana and she is the youngest of three sisters.

The footage was recorded in December and hadn’t been seen until recently.

Her school district shared it Tuesday after learning that Promise committed to Grambling State over the weekend.

And LaJuana said the great news will serve as a milestone for the McCree family.