A $100million F-35 stealth fighter jet crashed onto the runway while being towed in Japan after its front wheel collapsed.

The US Marine Fighter Attack Squadron plane made an precautionary landing at the Kadena Air Base, Okinawa, Japan, on December 1 for possible electrical problems around 2pm, according to The Aviationist.

After landing on the runway, crews began towing the aircraft when the front wheel, which can retract under the cockpit, suddenly collapsed.

The plane slowly crashed nose-first into the runway, while the pole attached to the vehicle towing it dragged on the ground, leaving the plane behind.

It does not appear there was anyone in the aircraft when it crashed.

It is unclear how much damage the crash caused and the US Marine Corps is investigating.

A $100million F-35 stealth fighter jet crashed onto the runway while being towed at the Kadena Air Base, Okinawa, Japan, on December 1, 2022, around 2pm 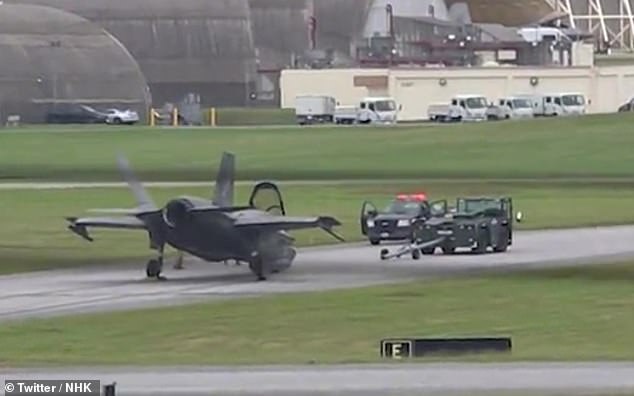 While being towed, the front wheel collapsed and the plane was fell nose-first

Earlier this summer, the Air Force grounded its fleet of F-35 Joint Strike Fighters to check for a faulty component that could prevent pilots from safely ejecting.

A spokesperson for the Air Force confirmed it was a temporary stand-down order in a statement to DailyMail.com, saying the aircrafts are currently being inspected ‘to mitigate safety concerns.’

‘There is a concern with a component used in the pilot ejection system of several aircraft operated by the US Air Force,’ the spokesperson said in July.

The explosive cartridges inside the F-35 ejection seats that blows the pilot clear of the aircraft in an emergency had to be inspected.

The Air Force has roughly 300 F-35s, which cost around $78million a piece for the latest model.

Air Force F-35s use the Martin-Baker ejection seats. In July, the service began an inspection process to determine whether any of them were impacted by the recall.

‘Out of an abundance of caution, [Air Combat Command] ACC units will execute a stand-down on July 29 to expedite the inspection process,’ an ACC spokesman told DailyMail.com in a statement. 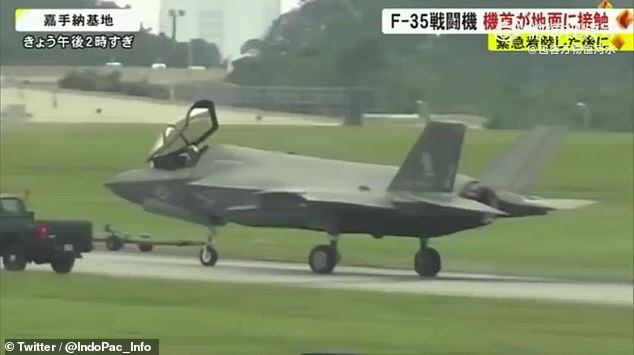 ‘Based on data gathered from those inspections, ACC will make a determination to resume operations,’ the statement added.

An Air Force spokesperson insisted that: ‘This is a temporary stand down, not a fleet-wide grounding.’

The aircrafts reentered service in August.