Police in Ohio have caught a man who raced away from a traffic stop and dragged a cop along a road.

Cops say Jose A. Camacho fled a traffic stop on Thursday at around 12.15pm and an officer who became trapped in the driver’s compartment door was dragged along the road.

Camacho was pulled over for a traffic violation but it was when the officer looked up his name that he discovered that there were several warrants for his arrest.

Police in Ohio were looking for Jose A. Camacho after he sped away from a traffic stop 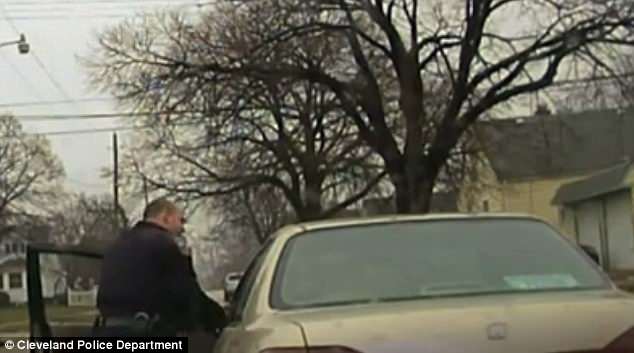 Police say that when he was asked to exit the vehicle the man resisted and sped away.

Camacho has a long history of drug abuse.

The officer was treated at the hospital for a dislocated shoulder and then later released. 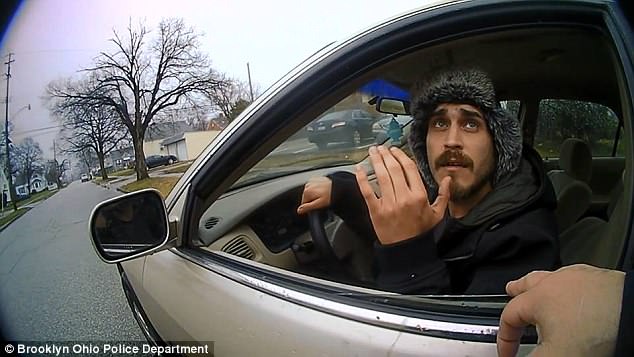 Camacho, pictured, appeared to be compliant until the officer found outstanding warrants 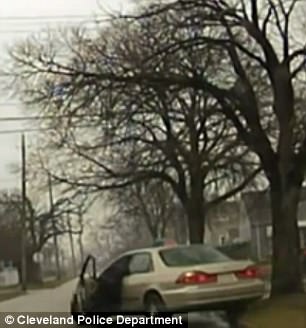 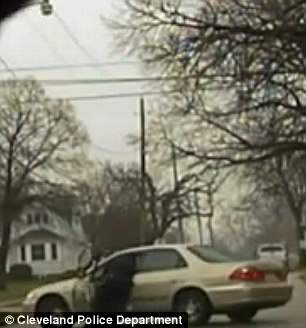 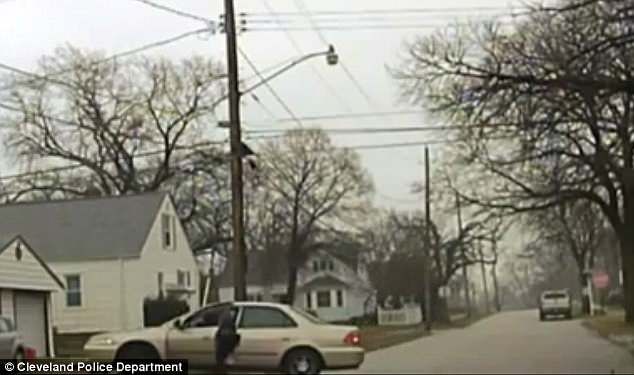 The car made a u-turn in the street as Camacho fled. The officer suffered a dislocated shoulder. Camacho was later arrested after police tracked him down