‘I gave this country my youth’: Moment a Portuguese woman interrupts a live Sky News broadcast to give an impassioned speech about the uncertainty EU citizens living in the UK face after Brexit

By Amie Gordon and Gerard Couzens for MailOnline

A woman interrupted a live television interview and gave a heartwrenching speech which laid bare the impact of Brexit on EU citizens living in the UK.

The Portuguese woman fought back tears as she said she had ‘given up her youth’ to the UK during a protest against prorogation in London on Wednesday.

She revealed she had ‘looked after children and the elderly’ in the UK for some 20 years but had ‘no voice’ and faced being deported after October 31.

The woman has since been named as Ana Rocha, who was born in Lisbon and is a healthcare worker specialising in looking after people with disabilities.

She has now revealed she has moved to work and live in Scotland for ‘fear of reprisals.’

Ms Rocha told Sky News: ‘I am Portuguese and I worked here for 20 years and I have no voice and the Settlement Scheme is not working.

She was referring to the EU Settlement Scheme, which allows EU citizens to apply to continue living in the UK once it leaves the European Union.

Asked if she had joined any demonstrations, she said she had been attending the protests; ‘because I need a voice’.

Pointing towards the House of Parliament, she added: ‘I am very very hurt by what they’ve done to England because I came here and I joined the working force and I’m very proud of it and I’m very angry at them for doing this to this country.’

She then revealed she had been told to restart her Settlement Status application because her ‘National Insurance number did not correspond to the right thing’.

Ms Rocha said she had been the victim of xenophobia in England in a subsequent interview with a Portuguese TV station and laid the blame at Boris Johnson’s door.

She told Portuguese news agency Lusa she had been transferred to Scotland, saying: ‘I want to carry on working in Scotland for some more time because I feel more safe.

The woman has since been named as Ana Rocha, who was born in Lisbon and is a healthcare worker specialising in looking after people with disabilities

Revealing she had trained as an actress, she admitted: ‘When people discover that I do theatre, they are going to say this is ‘fake news.’

But she went on to insist it was a spontaneous act and sincere and the result of her ‘hurt’ over Brexit and the xenophobia she has faced.

She added: ‘I want to speak out. I am tired of being silent when I go to work and hear insults on the bus and the Tube and all these people having completely dysfunctional opinions about what immigrants did in this country.’

The company she works for has not been named.

Her impassioned speech sparked a wave of fury as people rallied to support her and demand more action is taken by the government to help those in the UK ahead of Brexit. 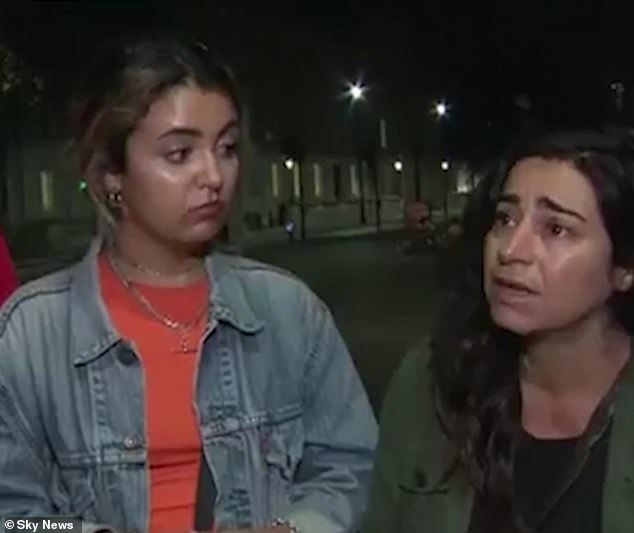 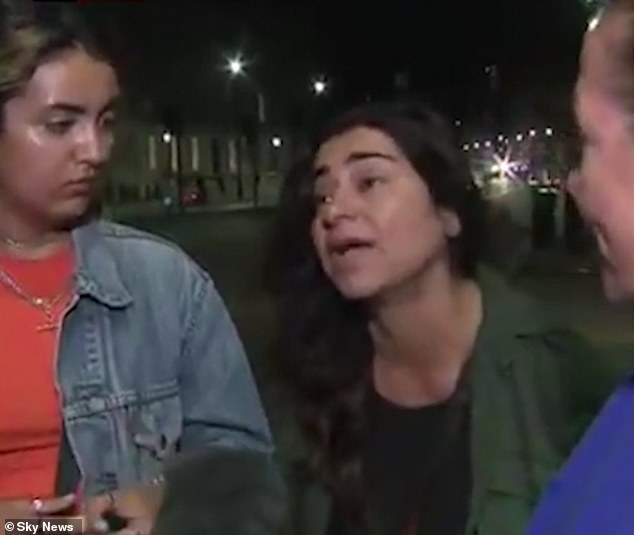 Ms Rocha told Sky News: ‘I am Portuguese and I worked here for 20 years and I have no voice and the Settlement Scheme is not working’

This comes as Boris Johnson and Home Secretary Priti Patel have today been told to ‘stop faffing around’ and pass a law to guarantee the rights of European Union citizens in the UK after Brexit.

Tory MP Alberto Costa, who has fought a lengthy campaign on the issue, said the settled status scheme is ‘fundamentally flawed’ because it is not underpinned by an Act of Parliament.

He said the Vote Leave campaign ‘now runs the UK Government’ and it had promised during the 2016 referendum battle to safeguard the rights of citizens.

He called for an Immigration Bill because if there is a no-deal Brexit and therefore no legal guarantee in a Withdrawal Agreement, then the settlement scheme ‘isn’t worth the paper it’s written on’.

He added: ‘My message, once again, to Boris and Priti is ‘Stop faffing around, honour your pledge, get that Bill through the House of Commons so we can leave the European Union in a smooth and orderly manner’.’

But the Home Office insisted the settlement scheme ‘enshrines the rights of EU citizens in law by providing them with a UK immigration status as set out in the Immigration Rules’.

The settlement scheme allows European Union, European Economic Area and Swiss citizens and their relatives to obtain the status they need to remain in the UK after October 31. They have until at least December 2020 to apply.