This is the moment two migrants were caught trying to get to Britain illegally, concealed in the boot of a family hatchback.

The picture was released by the Home Office after members of a people-trafficking gang were convicted of trying to bring a total of five Albanians into the country in two journeys.

On the first, Lee Anderson, 46, and Jason Cowley, 44, were caught with three stowaways, including a child, crammed into their boot as they tried to cross the border at Coquelles, France, in March 2015.

That August, a car driven by Gillian Barker, 47, was stopped at the same place and officers found two men, pictured, in the boot.

When the gang’s car was searched by officers, they found two adults and a child, all Albanian nationals, hidden in the boot.

They also discovered that the Karajes were following Anderson and Cowley in a separate car on the first occasion to make sure they got through. The vehicle had previously been owned by Vullnet Karaj.

The UK operates border controls in France and Belgium, allowing officers to check passengers and freight destined for the UK.

He told the gang: ‘Each of you have either admitted or been convicted in playing a part in… a professionally organised criminal organisation set up to profit from people trafficking. 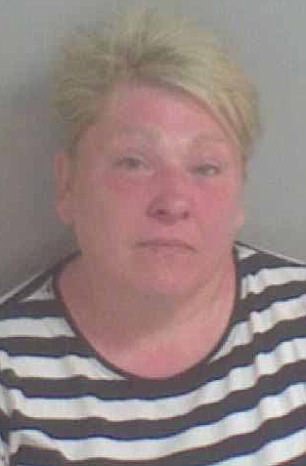 ‘What has become abundantly clear is if this had not been detected this effort would have continued to facilitate the illegal bringing of people into the UK.’

He added: ‘The circumventing of immigration controls undermines our national security. It is our first defence against terror and illegal activity – vital given the current climate.’

Despite the suggestion that two of those smuggled were family members, he concluded that ‘this was not an operation motivated by altruism or compassion’.

The court heard how Vullnet Karaj, originally from Albania, had previously been jailed for entering the UK illegally after being caught in the country without permission for a third time.

He was eventually granted indefinite leave to remain and began building his smuggling enterprise.

Eduart Karaj, Cowley, Anderson and Barker, all from Birmingham, pleaded guilty to conspiring to facilitate a breach of UK immigration law by a non-EU citizen.

Hani and Vullnet Karaj, both also from Birmingham, were convicted of the same offence at Canterbury Crown Court last month.

Yesterday Vullnet Karaj was jailed for five-and-a-half years and Eduart Karaj for five. Hani got four years, and Cowley and Anderson 30 months. Barker was sentenced to 20 months.

David Fairclough, of the Home Office’s Criminal and Financial Investigation team, said: ‘This was an organised crime group that has been dismantled. We never stop looking for those involved in immigration crime. 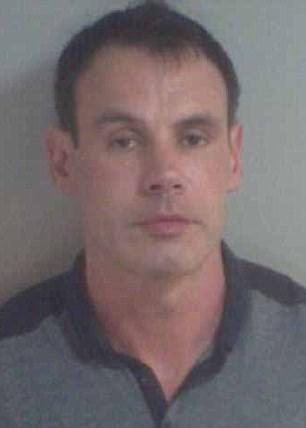 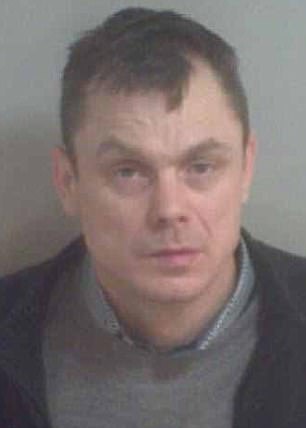 Lee Anderson (left) and Jason Cowley (right) were arrested by border officials as they attempted to enter the UK at Coquelles in France, near Calais in March 2015

‘The border detections were only the start of our investigations. As time passed Eduart Karaj, Vullnet Karaj and Hani may have believed that their offences had gone undetected.’

‘But my officers were digging deeper, gathering the evidence that would ultimately ensure that they too were held to account for their offences.

‘This case sends a clear message. We are patient people and never stop looking for those involved in immigration crime.’

Paul Morgan, Director Border Force South East and Europe, said: ‘The Border Force detections were the crucial first step in bringing these offenders to justice. Border Force officers are on the frontline keeping our borders safe and secure.

‘We will continue to work with law enforcement colleagues to ensure that people smugglers and traffickers face the consequences of their crimes.’